Britain's Finance Minister Nadhim Zahawi, who was appointed on Tuesday, will be the latest of ministers to demand the resignation of Boris Johnson. "The country needs a government that is not only stable, but also acts with integrity," he wrote in a letter to the prime minister, which he published on Twitter. 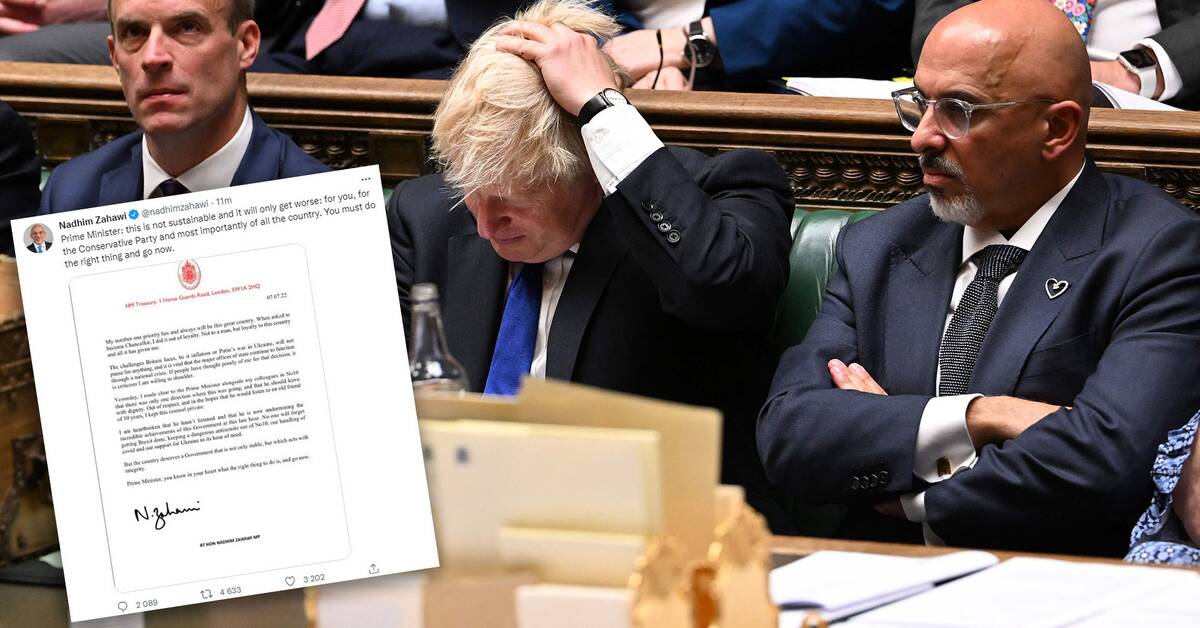 On Tuesday, British Finance Minister Rishi Sunak was one of the first to leave Prime Minister Boris Johnson's government in protest of his leadership.

Now he is also asking for Johnson's resignation.

"This is not sustainable and it will only get worse: for you, for the Conservative Party and most importantly for the whole country.

You have to act right and go now ", he writes.