NATO: who are the "terrorists" claimed by Turkey from Finland and Sweden?

While NATO kicked off accession procedures for Sweden and Finland on Tuesday, Turkey is threatening to derail this process if the two countries do not deliver several… 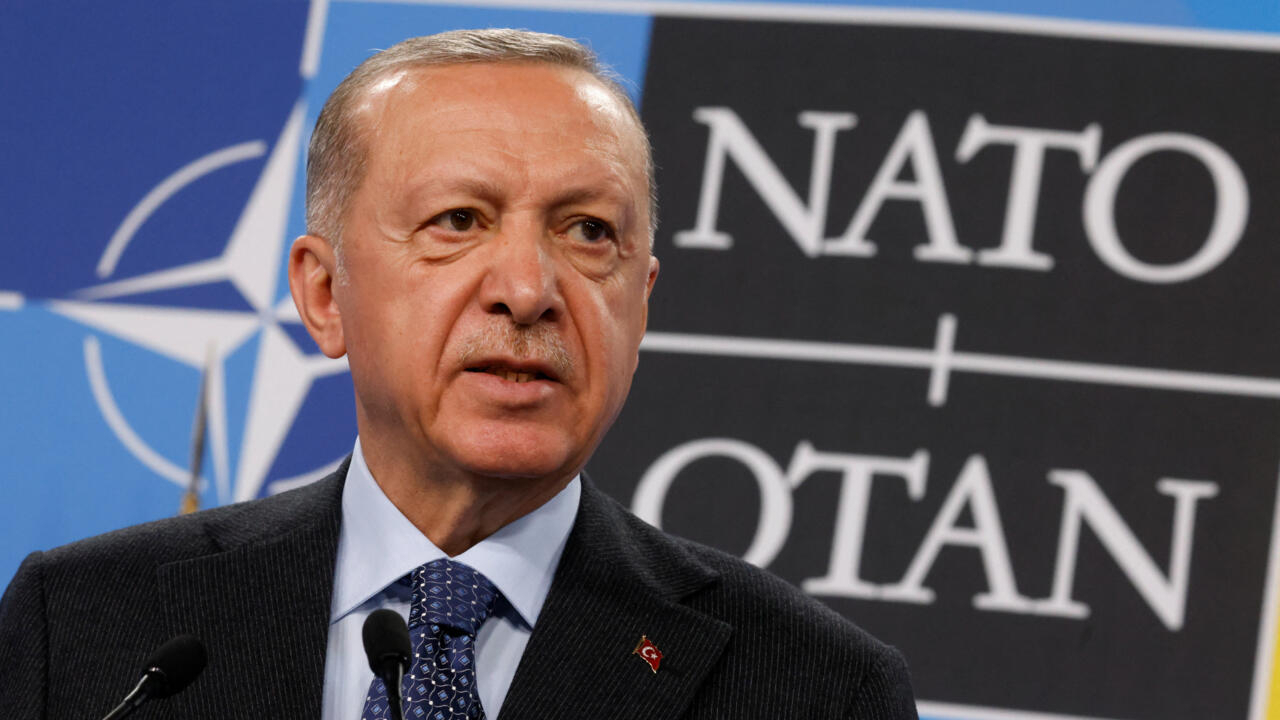 "A historic day for Euro-Atlantic security."

Breaking with their tradition of non-alignment, the two countries now wish to join the Atlantic Alliance, following the Russian invasion of Ukraine, which they perceive as a direct threat to their security.

Although none of the 30 member countries opposed this candidacy, Turkey demanded from the two countries a commitment to support its fight against terrorism and in particular against the Kurdish militants of the Kurdistan Workers' Party (PKK), under penalty of block the process.

Because Sweden and Finland, to which the accession protocol grants the status of guest country, will not be integrated into the Alliance before the ratification of the 30 Member States.

Following the signing of an agreement between the three countries on June 28, Turkey announced that it was seeking the extradition of 12 suspects from Finland and 21 from Sweden.

For his part, President Erdogan claimed that Stockholm has already promised to return "73 terrorists" to Turkey.

Yet, while the agreement stipulates that the two countries undertake to "deal with" requests for expulsion or extradition from Turkey, no list or mention of these "promises" appears on the document signed by Helsinki, Stockholm and Ankara.

Militants in the sights of Turkey

At the end of June, Hürriyet Daily News, the major Turkish daily that has become a faithful spokesperson for the president, published a list of Turkish "terrorists" residing in Sweden and Finland whose extradition Ankara is asking for.

Several of them are presented as fighters of the Kurdistan Workers' Party (PKK), a Kurdish armed political organization recognized as terrorist by many countries and at war for several decades against Turkish power.

This is the case of Aziz Turan, a former active member of the group who then became an informant for the state before fleeing to Sweden, which offered him political asylum.

Now 64, he is accused by Turkey of the murder of a writer – which he denies.

Another target of the Turkish government is human rights activist and publisher Ragıp Zarakolu.

The latter was accused of terrorism in Turkey for having participated in conferences of the Peace and Democracy Party (BDP), a pro-Kurdish political party.

Briefly arrested several times by the Turkish police, the activist has lived in exile in Sweden since 2013.

In addition to the alleged fighters and supporters of the PKK, the list includes personalities designated as terrorists because of their proximity to the Gülen movement.

A former ally of power, this network of associations, led by the Turkish imam based in the United States Fethullah Gülen, is held responsible by President Recep Tayyip Erdogan for the coup attempt of July 15, 2016. Designated since in Turkey by the acronym Fetö (for "Fethullahist terrorist organization"), this movement is not considered a terrorist organization by either the EU or the United States.

Among these suspects are several journalists, such as Bülent Keneş, former editor of the Gulenist daily Zaman, which was one of the most influential newspapers in the country, as well as Levent Kenez, who headed the editorial staff of the anarchist newspaper Meydan.

Sweden and Finland's application for NATO membership, prompted by the war in Ukraine, has highlighted the dispute between Turkey and the two Nordic countries, which Ankara accuses of supporting terrorists.

"The PKK is well established in these two countries which are home to several influential associations and a rich cultural production. Which obviously displeases Turkey a lot", underlines Hardy Mède, doctor in political science at the University of Paris 1, specialist in the question. Kurdish.

"In the 1950s, the Swedish state granted visa facilities to many Kurdish students who left to study in the USSR and who could not return home for political reasons. This tradition of welcoming continued after the 1971 and 1980 coups in Turkey, which generated new waves of exiles, and continues to this day."

A much smaller diaspora than in Germany (nearly a million people) or in France (250,000), but particularly active politically since eight members of the Swedish Parliament are of Kurdish origin.

If the phenomenon of migration from Turkey is more recent in Finland, it has accelerated in recent years with the hardening of Erdogan's government policy.

Aware of the growing influence of its opposition outside its borders, the Turkish power has multiplied legal proceedings in recent years to try to obtain the extradition of those it considers political adversaries.

Many requests have been filed in Sweden, France, Germany or even in the United States, with little or no success.

Even claims about alleged members of the PKK, though considered a terrorist organization by the European Union and the United States, are mostly dismissed, judges fearing that these militants will not be able to benefit from a fair trial in Turkey .

"Westerns criticize Turkey for a concept of terrorism without nuance, instrumentalized to muzzle its opponents", explains Didier Billion, deputy director of the Institute of international and strategic relations (Iris) and author of several books on Turkey.

"Ankara, for its part, considers the fight against terrorism as a vital issue, especially in the face of the PKK, which declared war on it almost 40 years ago and which has managed to maintain itself despite fierce state repression."

>> To read also: "In northern Syria, the Kurds once again in Erdogan's sights"

Faced with Turkish pressure, the Swedish and Finnish leaders refer to the signed text, indicating that they wish to strengthen cooperation with Turkey without modifying their legislation.

"The European Union has a very critical position vis-à-vis Turkish justice, which it knows is completely controlled by Erdogan's AKP", analyzes Hardy Mède.

"Sweden and Finland rely on this European unanimity, claiming that they will not change their procedures on the question of human rights. This argument allows them to counter the question of Turkish extraditions, especially since many of these cases have already been dismissed in both countries."

"It therefore seems very unlikely that Sweden and Finland will accede to these requests, with the possible exception of a few specific cases," he continues.

"On the other hand, measures will probably be taken to reduce the influence of the PKK in these countries. This could involve more rigorous control of the donations collected by the associations, or even the closure of some of them."

After the signing of the agreement with Turkey, Finland and Sweden claimed to have received no list or specific request for extradition from Ankara.

Accused of treason by the leftist opposition, the Swedish government tried to reassure the Kurdish community by organizing a meeting at the Ministry of Foreign Affairs.

For her part, Swedish Prime Minister Magdalena Andersson refused to comment on the promise mentioned by the Turkish president to return "73 terrorists" from Sweden to Turkey.