Kazakhstan seeks to bypass Russia for the export of its oil

Kazakhstan wants to bypass Russia to export its oil, relations between the two countries are no longer in good shape due to friction over Ukraine. Kazakh President Kassym-Jomart... 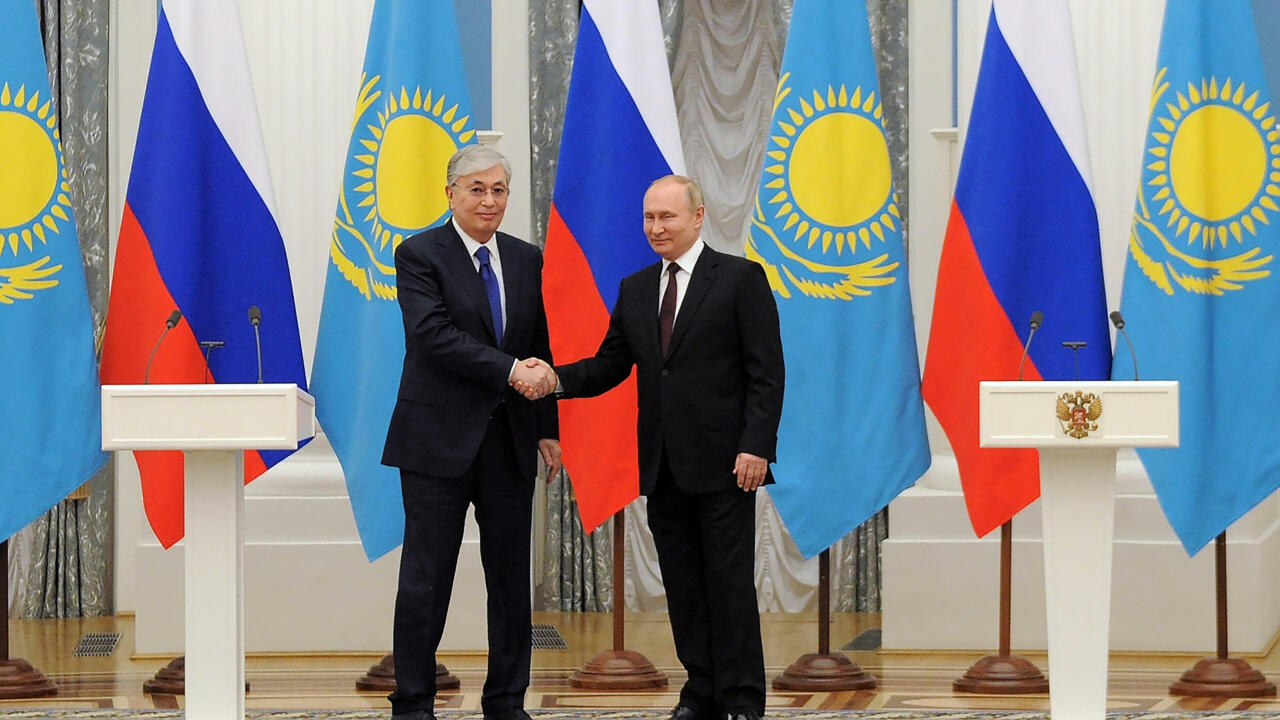 Kazakhstan seeks to bypass Russia for the export of its oil

Kazakhstan wants to bypass Russia to export its oil, relations between the two countries are no longer in good shape due to friction over Ukraine.

Kazakh President Kassym-Jomart Tokaiev ordered his government on Thursday (July 7th) to find new ways to export its crude oil without going through its big neighbor.

During a meeting of his government, President Kassym-Jomart Tokayev said that the establishment of a new export route for Kazakh crude through the Caspian Sea had become a “

He also ordered his government to "

take measures to increase the capacity

" of certain sections of a pipeline transporting oil to China, according to the Kazakh presidency.

The idea of ​​a trans-Caspian pipeline comes up regularly, but it never came to fruition, Russia not seeing the project in the best light.

Kazakhstan exports the majority of its oil via the CPC pipeline which ends in the Russian port of Novorossiisk, in the Black Sea.

Much of this oil is destined for European countries.

Problem, since the beginning of the Russian invasion in Ukraine, this pipeline, controlled by Moscow, has been stopped twice, officially for technical reasons.

A third disruption nearly came this week after a Russian court ordered a 30-day halt to oil deliveries through the 1,500 km long pipeline, citing violations of environmental standards.

The consortium operating the pipeline has appealed, which has suspended the court decision for the time being, the Kazakh energy minister said on Thursday.

" that the Russian court's decision was tied to political considerations, while stressing the "

Many analysts suspect Moscow of wanting to put pressure on Kazakhstan because of its neutrality in the conflict in Ukraine.

The Kazakh president refuses to recognize the independence of pro-Russian separatist regions.

Which could be seen as ingratitude on the part of the Kremlin.

At the time of the popular uprisings in January in Kazakhstan, Tokayev had indeed called for help from Russia, which had sent troops to maintain order.

Moscow does not look favorably on the rapprochement between Kazakhstan and Europe either.

This week, President Tokayev pledged to strengthen energy cooperation with the European Union, as the latter seeks to reduce its dependence on Russian hydrocarbons.