Marin Eugen Sabau, 46, wants to die and at the moment has legal support. Last December he entered the headquarters of the Tarragona security company of which ... 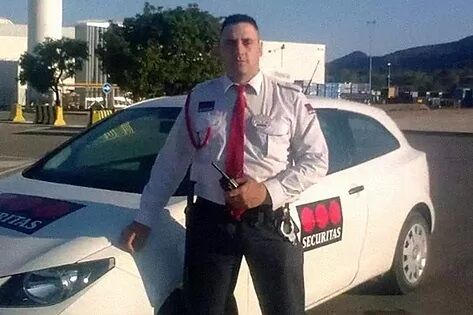 Marin Eugen Sabau, 46, wants to die and at the moment has legal support.

Last December he entered the headquarters of the Tarragona security company from which he had recently been fired armed and began shooting at his former bosses and former colleagues, seriously injuring several of them.

He later fled, wounding two Mossos in the flight, barricading himself for hours in an abandoned building in the middle of the field.

After trying to negotiate for him to surrender unsuccessfully, agents from the Mossos d'Esquadra assault unit entered and seriously injured him after a shootout

Since then he has remained in the Terrassa Penitentiary Hospital with serious injuries to the spine and spinal cord while the investigation continues and is accused of five attempted murders.

However, a few weeks ago he requested euthanasia from the court and now he has that guarantee despite the fact that the Generalitat will have the last word.

The Court of Instruction number 5 of Tarragona did not oppose this assisted death, as reported by Ser Catalunya, despite the fact that the lawyer of two of the victims had opposed it, considering that the presence of the accused was necessary for the trial.

However, the court points out that "the law does not specifically regulate euthanasia applied to people who are in a provisional prison situation or subject to a judicial procedure of any kind" and that its action is only contemplated in cases of minors or people disabled.

The court considers that the rights of a dignified death, moral integrity and freedom of the accused prevail over the right of the victims to expose their claims in a judicial process.

Next Monday the accused is summoned again, which he will testify by videoconference, although his state of health does not allow him to speak much.

Now the victims can appeal the judicial decision and then it must be the Guarantee and Evaluation Commission of the Generalitat, made up of doctors and jurists, who decides whether to authorize euthanasia.