This is what a Chadian sculptor denounces with the clay reproduction of miniature traditional houses, identical to those built in the past, especially under the great empires... 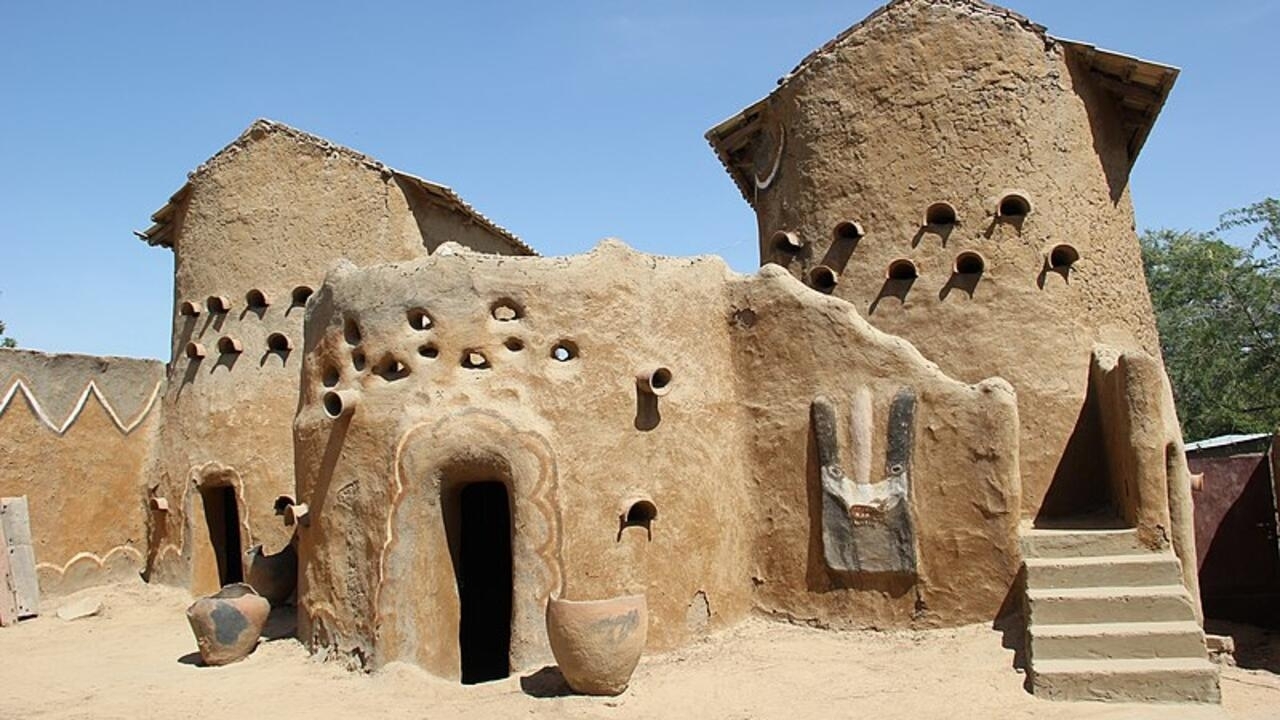 The Sao - Kotoko museum, former palace of the sultan of Gaoui.

This is what a Chadian sculptor denounces with the reproduction in clay of traditional miniature houses, identical to those built in the past, in particular under the great empires of Kanem, Ouaddaï and Baguirmi.

His works are exhibited at WenakLabs, an innovation laboratory that welcomes and supports local initiatives.

With our correspondent in Ndjamena

Nicolas Gangebakoiré is a sculptor.

Sitting on a bench, a bucket of water at his feet and clay in his hands, he gives shape

to a miniature house

This is the roof that I am making, in clay, of the Ngambaye peoples , peoples who live towards the south of Chad.

Next to you are several reproductions of habitats?

Here, that is the royal palace of the Ouaddaï empire.

They see their house as a castle.

There, here, that's for Baguirmien;

is that the Baguirouin palace

It has a diamond shape.

These palaces and traditional houses are reproduced identically thanks to research work.

Objective: to document the styles of architecture of the 23 provinces of the country which are disappearing according to the artist: “

This architecture has disappeared.

Modern constructions are done a lot in Ndjamena.

If these architectures disappear, it is as if Chad had disappeared.

Because we recognize Chad through its history.

The little houses…the miniatures that I made, it's just a way of documenting history, it's a way of raising awareness so that people don't lose their cultural identity.

Next step for Nicolas Gangebakoiré: exhibiting his miniature houses abroad to make Chadian architecture known beyond the country's borders.