Arrest of foreigners on charges of spying in Iran.. How will the detention of Western diplomats affect the nuclear file?

There are many statements by the Iranian Revolutionary Guard in announcing the dismantling of spy cells, but they take an escalating trend when Western pressures rise on Tehran, as the detentions sometimes included tourists, foreign academics and diplomats. 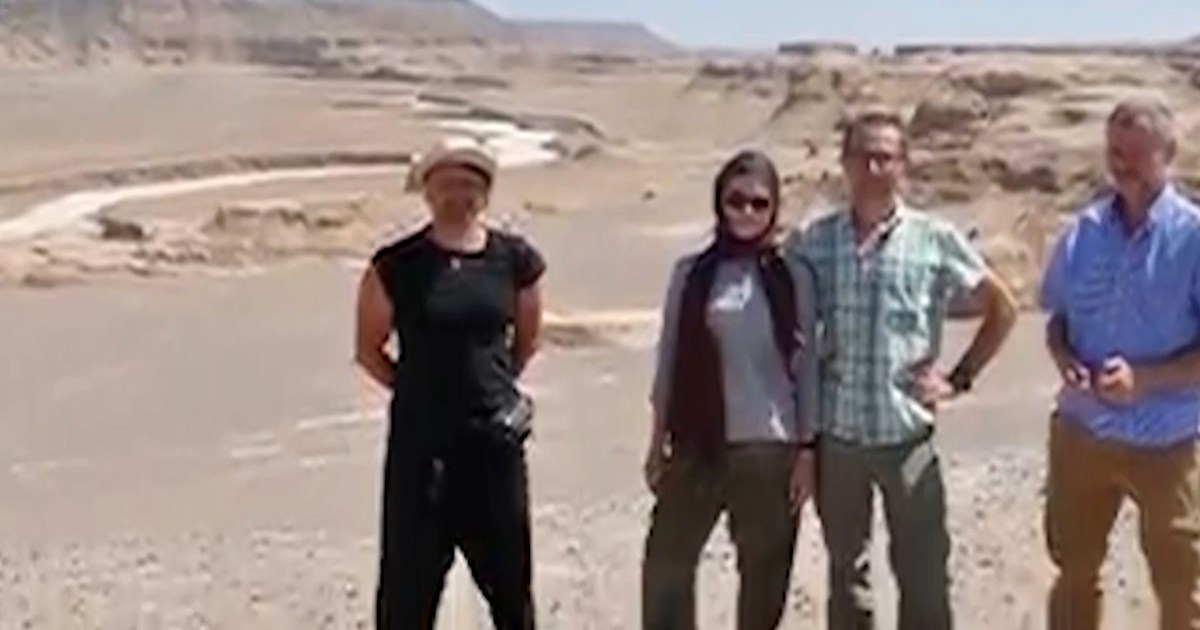 are many statements by the Iranian Revolutionary Guard in announcing the arrest and dismantling of spy cells, but they take an escalating trend when Western pressures rise on Tehran, as the detentions sometimes included tourists, foreign academics and accredited diplomats.

After the arrest of the former British ambassador to Iran, Rob Macaire, during his participation in popular protests against the backdrop of the Revolutionary Guards accidentally shooting down a Ukrainian passenger plane in January 2020, the Revolutionary Guards’ intelligence service announced the detention of Giles Whittar, the deputy head of the British diplomatic mission - with other diplomats. On charges of espionage, which London denied altogether.

The Revolutionary Guard announced late yesterday, Wednesday, that its intelligence had arrested a number of foreigners, including diplomats and academics, while they were leaving the country, and they were in possession of samples of soil and stones collected from prohibited areas in the center of the country, where missile tests are being carried out.

And Iranian state television revealed that the Revolutionary Guards had also arrested in Tehran Ronald Ghashin, husband of the cultural advisor at the Austrian embassy, ​​and Machi Falczak, a professor at the Polish "Copernican" University and others, after careful monitoring through drones and documenting their collection of samples of soil, water and rocks in the desert of Shahdad, and the city of Shahdad. Damgan near a missile test site, and state television added that Iranian authorities had seized the samples.

❌I take it from the footage that the diplomat was not arrested or detained.

He was caught red-handed and identified as spy, and asked to leave the place.

❌Also TasnimNewsAgency doesn't use the word arrested or detained!!

The videotape published by the Revolutionary Guards shows that the entrances to the Shahdad area, where the British diplomat was located, contain signs in Farsi and English classifying them as prohibited areas and requesting not to enter them without a permit.

The Iranian Ministry of Security announced last May that it had arrested two French nationals for allegedly spying, organizing riots and igniting unrest inside the country.

On the other hand, a political researcher close to the Revolutionary Guards, Mahdi Azizi, said that his country had been monitoring the movements of detainees for a while, and that it had previously documented the filming of one of them of a military area in the capital, Tehran, and had obtained valuable information from their phones, including their communication with foreign bodies regarding the mission that they they do.

Taking these detainees to samples from the military areas near the missile test site in Iran comes within the “framework of fabricating new files regarding Tehran’s approach to building a nuclear bomb,” according to Azizi, who told Al Jazeera Net that “the Israeli entity is seeking through several parties to reopen his country’s nuclear file in International Atomic Energy Agency.

However, the same spokesman said that his country did not and will not seek to manufacture a nuclear bomb, but Western countries want to know more about Iran's defense capabilities, especially its missiles.

Pictures of Britain's deputy ambassador to Iran revealed that he was taken blindfolded after his arrest by the Revolutionary Guards' intelligence.

The Revolutionary Guards arrested diplomats while they were carrying out espionage work and taking soil samples in a restricted area in the central desert of Iran, and they were spotted by the IRGC's rallies.

Azizi added that Western espionage and sabotage operations against nuclear facilities did not stop for a day throughout the course of negotiations to revive the Iranian nuclear agreement concluded in 2015, but Tehran did not announce this, in order to ensure the success of the negotiations and reviving the agreement.

The Iranian researcher ruled out that the Europeans’ protest over the recent arrests would reach the level of a diplomatic rupture with Tehran, due to the circumstances imposed by the Russian-Ukrainian war on Europe, and some European countries withdrew their ambassadors from Tehran against the backdrop of Iranian protesters attacking the British embassy in Tehran in 2011. In response to the sanctions imposed by London on Tehran.

The Iranian accusation of Western diplomats of carrying out intelligence work to find out details about the missile tests comes after the failure of negotiations aimed at reviving the nuclear agreement so far, and this increases the fear of observers in Iran of a negative impact on the course of the nuclear negotiations.

Professor of International Relations at the University of Tehran, Mohsen Jaliland, was surprised that diplomats carried out espionage missions in the country, considering the Revolutionary Guards' publication of a video tape of their movements in remote areas as evidence of the sensitivity of the Iranian security establishment towards these, and towards their approach to military sites, in light of its informational supervision of all movements. In the vicinity of sensitive Iranian installations.

Gilliund expected - in his speech to Al-Jazeera Net - that the arrest of diplomats would negatively affect the future of Iranian-European relations, stressing that Tehran could not prosecute them because of their enjoyment of diplomatic immunity, and would only expel them within days, but it is possible that other foreign figures be imprisoned at the present time.

Iran's Fars Agency broadcasts scenes of what it said was the Iranian Revolutionary Guard's arrest of foreigners, including a British diplomat, due to allegations of espionage. # Context # Iran pic.twitter.com/P8058Bynkv

And whether the new development will affect the nuclear negotiations between Iran and the West, the Iranian academic saw that the negotiations died some time ago, and that European efforts to revive them have not yet succeeded.

Gilliund added that the Doha negotiations demonstrated the widening rift between the Iranian and American visions, and that their differences were widening every day, ruling out an agreement on the Iranian nuclear program in the next stage, which means that the file is escalating and counter-escalation.

He concluded that the incident of the diplomats' arrest portends a new tension between Iran and the West, but does not affect the already hot nuclear file.