After 21 years of hiding it... "Taliban" displays a car in which its leader fled from American strikes

The Taliban movement in eastern Afghanistan took out the car that Mullah Muhammad Omar, its historical leader, used to flee from the American strikes, after the terrorist attacks of September 11, 2001, after 21 years of burying it to hide it. 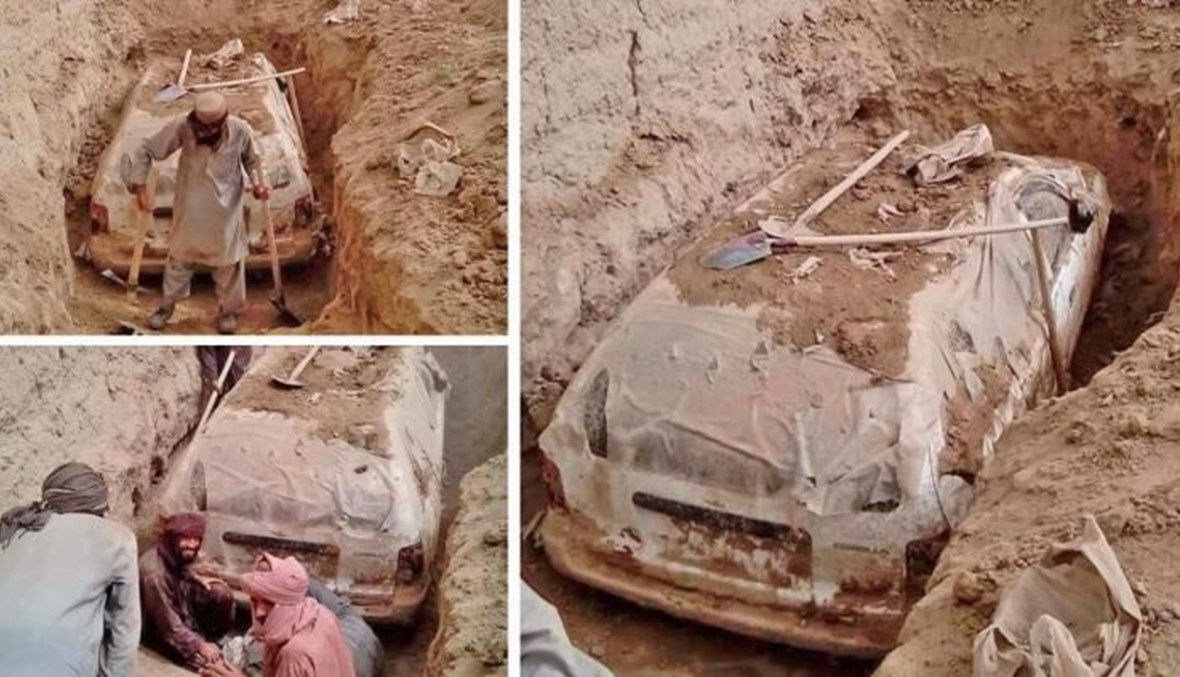 After 21 years of hiding it... "Taliban" displays a car in which its leader fled from American strikes

After the terrorist attacks of September 11, 2001, the car used by Mullah Muhammad Omar, its historical leader, was used by the Taliban movement in eastern Afghanistan, after 21 years of burying it to hide it.

And he ordered the removal of the car this week, Abdul-Jabbar al-Omari, a Taliban official, who had buried it at the time, a white Toyota Corolla, in a village garden in Zabul province in southeastern Afghanistan, according to "AFP".

Rahmatullah Hammad, director of media and culture in the province of Zabul, said that the car was "still in good condition, with only the front end being slightly damaged."

"This car was buried by Taliban fighters in memory of Mullah Omar in 2001 to prevent its destruction," he added.

Taliban officials released pictures of the car in a large pit and partially covered with dirt as it was removed with shovels and shovels.

Rahmatullah Hammad said the Taliban planned to hand the car over to the National Museum in the capital, Kabul, to display it as a "great historical monument".

Mullah Omar founded the movement in Kandahar and led it to power in Afghanistan in 1996 after a bloody civil war.

Afghanistan subsequently became a haven for terrorist groups, including Al-Qaeda and its leader Osama bin Laden, the architect of the September 11, 2001 attacks.

When the Taliban refused to hand over bin Laden, the United States and its allies launched a major military operation in the country and expelled the Taliban from power.

The historic leader of the movement died in hiding in 2013, although the movement kept his death a secret for a long time.