With unprecedented popular support, the English "Lionesses" (Lionesses) will launch an assault on "their" Euro against Austria on Wednesday, in front of a record audience for a match in the competition,… 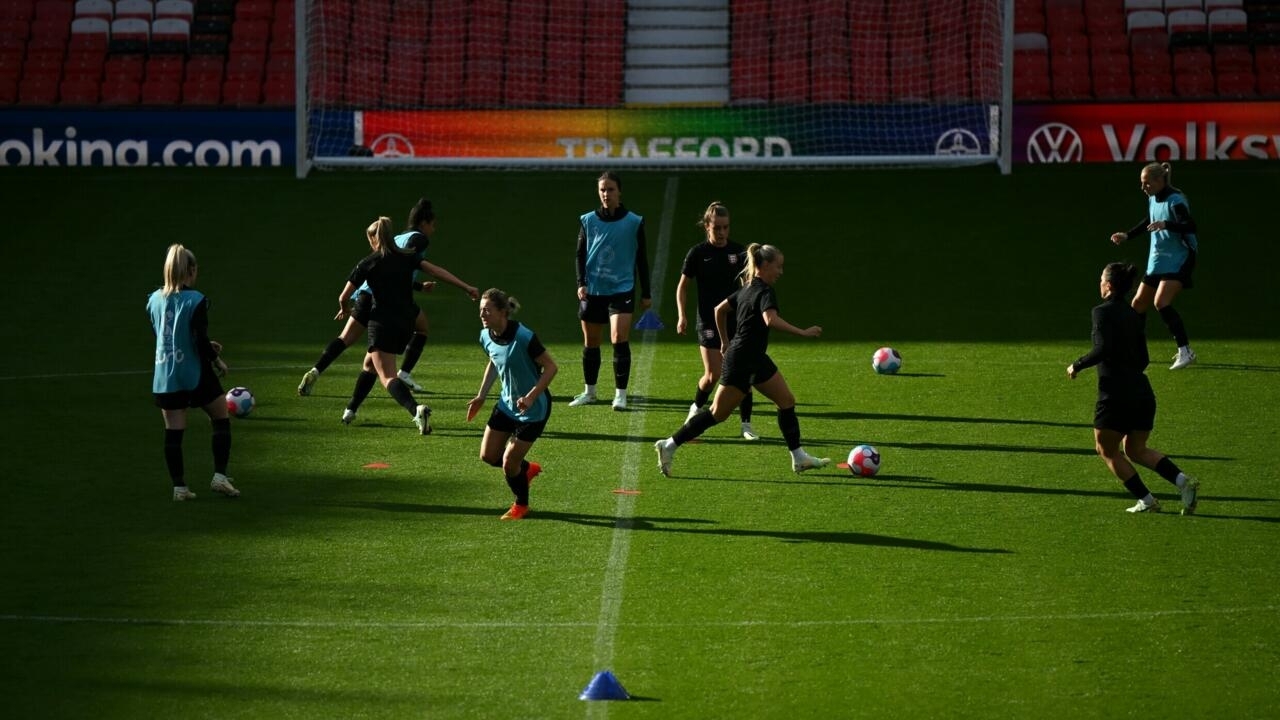 "I can't wait any longer (...) we just want it to start!" Staggered coach Sarina Wiegman on Wednesday evening.

The 52-year-old Dutch manager, who led the Netherlands to victory at home in 2017, was recruited specifically to help England players break their glass ceiling, they who stumbled at the semi-final stage in two last Worlds and at the last Euro.

Under his command, the English have not known defeat for 14 matches, inflicting an 8-0 in North Macedonia and a 10-0 in Luxembourg.

They have martyred Latvia twice, 10-0 then, last November, 20-0, record of their biggest victory.

But above all they took over Germany (3-1), winner of eight of the previous twelve Euros, and, most recently, the Netherlands (5-1).

Postponed by a year, due to the Covid-19 pandemic, and also benefiting from the postponement to November-December of the Men's World Cup in Qatar, which will therefore not saturate the media space at the start of the summer, these 13th Championships European women's races promise to be promising and spectacular.

Sarina Wiegman at a press conference in Manchester on July 5, 2022. The Dutch coach, titled with the Netherlands in 2017, was recruited by the English Federation so that the Lionesses finally break the glass ceiling which blocks them in the semi-finals major international competitions Daniel MIHAILESCU AFP/Archives

"The level is so high now, it's very difficult to predict what the end of the tournament will look like," Wiegman admitted on Tuesday.

"A lot of countries are in a good position, we are too. In tournaments, we sometimes see surprising things and we hope to take advantage of them," she continued.

It is true that the tournament seems incredibly open.

Germany, Spain - even deprived of its star Alexia Putellas victim of a rupture of the cruciate ligaments - and Denmark, finalist in 2017, find themselves in the same group B, a real "group of death", which will designate England's potential opponent in the quarter-finals: these four nations can nurture legitimate ambitions.

Likewise, Norway, who are in the England group, remain a real threat, especially with the return of Ada Hegerberg, while Sweden and the title holders Netherlands, who will face each other in Group C, or France (group D) can beat anyone.

Wendie Renard (in the center) and her teammates from the France team on July 5, 2022 during a training session in Ashby-de-la-Zouch, base camp of the Blues for the FRANCK FIFE women's football Euro AFP/Archives

All of this will take place under unprecedented media exposure for European women's football reflecting its meteoric development over the past five years.

The opening match and the final will twice break the record for the number of spectators for a Women's Euro match, bringing it to around 87,000.

The prize money, while remaining light years ahead of that of the men, has also been revised significantly upwards by UEFA to reflect renewed competitiveness and to maintain the momentum.

Barcelona supporters during the final of the last of the Women's Champions League, won by Lyon on May 21, 2022 in Turin.

"These big advances the sport is making will continue to positively influence people's perception of women's football, but we want to do more. Continue to raise the level of competitions, starting with the youth teams, improve global visibility and organize top-level competitions like this," said UEFA director of women's football, former Germany international Nadine Kessler.

This positive impression has been somewhat tarnished by the choice of certain stadiums, in particular the Manchester Academy Stadium which, in Euro configuration, will not even accommodate 5,000 spectators, or the Leigh Sports Village which caps at 7,800.

But when it kicks off, none of that will really matter and the passion will take over.

"We are not robots, there will be nervousness. We are well aware of the expectations outside, but within the base camp, it is above all the excitement and the desire to take advantage of it. “Which dominate, assured England captain Leah Williamson.

"In the end, it's my job. If I wasn't ready for tomorrow and able to enjoy it, why would I do this job?" she added.