Who is the spouse of the HR secretary in the 'NATO companion controversy'?

Controversy is growing when it was revealed that the spouse of the HR secretary was there when President Yoon Seok-yeol and his wife went to a NATO summit in Spain recently. She revealed that the woman had even worked in the presidential office. 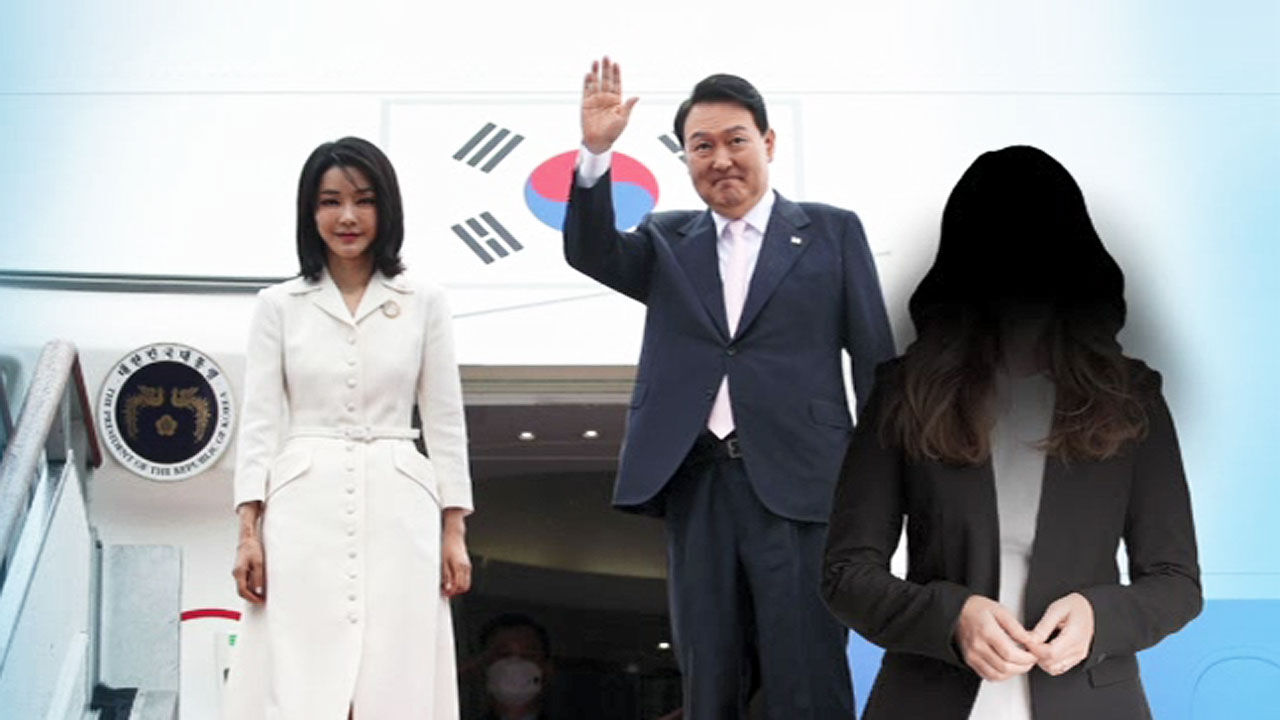 Controversy is growing when it was revealed that the spouse of the HR secretary was there when the couple went to the NATO summit in Spain recently.

She revealed that the woman she had even worked for her in the presidential office.

The opposition party harshly criticized the 'state investigation', and the ruling party defended it, saying it would not be a problem.

First of all, he is the best reporter.

Shin Mo, the spouse of Lee Won-mo, the presidential personnel secretary, and daughter of the chairman of a famous medical foundation, stood in the middle of the controversy by accompanying him to the NATO summit in Spain.

Shin, who is known to have married this secretary through the introduction of President Yoon, worked in the early presidential office before Yongsan, and even her name was searched on the internal Internet as an administrator belonging to the affiliated office.

In fact, she was on the verge of a full-time job, but her appointment was canceled after a conflict of interest was raised as she was the spouse of a human resources secretary.

Although she is now a civilian, she stayed in the same dormitory with the president and his wife following a pre-exploitation in Spain and boarded a private plane together.

She explained that she had 11 years of study abroad experience and was helped by planning international exchange events at an existing company.

In particular, if necessary, civilians can be designated as 'other attendants' after approval from the Minister of Foreign Affairs, and he explained that he has never attended Mrs. Kim in Spain.

Nevertheless, as the controversy over the assistant secretary did not go away, the ruling party took a defense, saying it lacked understanding of the attendant.

[Kwon Seong-dong/People's Power Floor Leader: If you helped the president in the process of carrying out his official duties, whether it was a civil servant or a civilian, it would be natural for them to eat together and use a car or plane together.

] He launched a wave of offensive.

[Woo Sang-ho: The problem of the First Lady, who is not aware of the problem of traveling with acquaintances, can become a national problem.]

Within the party, there was also a request for a state investigation, saying it was a clear national flag disorder.

As I said earlier, Mr. Shin is the daughter of the president of a famous medical foundation that you can only know by name.

So, it was confirmed that during the last presidential election, Shin and his mother sponsored 20 million won each to the Yun Seok-yeol fund.

My husband, Lee Won-mo, a HR secretary, whom I met through the introduction of President Yoon, is a former prosecutor and joined the Yun Seok-yeol candidate camp after retirement.

In the presidential office, Mr. Shin has a lot of experience in foreign countries and has experience in planning international exchange events.

I am emphasizing this.

So, I didn't take it personally because I was friendly.

I want to emphasize this that he is a capable enough man.

As we checked, most of the events that Mr. Shin planned were held conferences with foreign universities or agreements on educational programs at the company whose father was the chairman.

It is a bit of a question whether this kind of experience is enough to support Code One, which is a presidential event, which has to include both ceremonies and security.

Moreover, since there are enough officials dispatched to the Ministry of Foreign Affairs in the presidential office, Shin's trip to Spain is due to his close relationship with the president and his wife.

The presidential office explained that it is necessary to understand the intentions of the president and his wife well to achieve the maximum effect in event planning.]

[Reporter Ki-Tae Kim: The presidential office did not give a clear answer to that question.

If we look back at the NATO schedule, our government cannot independently plan the summit.

In the end, all that remains is the schedule of Kim Gun-hee's visit to the Korean Cultural Center and a recycling company.

So, it is pointed out that Shin's accompaniment is not the will of Mrs. Kim Kun-hee in the end.

When Ms. Kim visited her Bongha village last month, she accompanied the Kerbana content staff that Lee ran, raising controversy over her acquaintance.

Apart from legal issues, as suspicions of non-ancestry continue to arise, voices from both the ruling and opposition parties are now calling for the creation of a dedicated organization to receive support from the public domain.]