In early July, Russian forces took over the Ukrainian city of Lyceum. There are still residents who thought that an escape was as dangerous as staying. 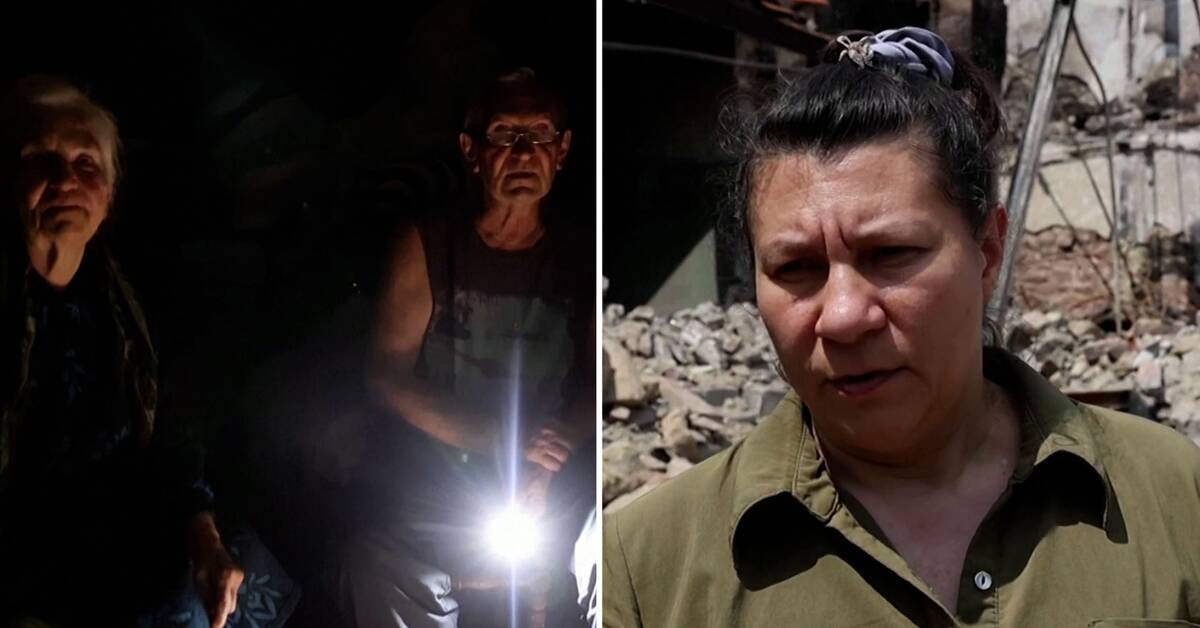 The roof is broken.

You have to fix it, but how and how to pay for it?

Winter is coming soon too, says Evgenia, a resident of Yevgenia.

Since July 3, Lysytjansk, once a city of 100,000 inhabitants, has been under Russian control after Ukrainian forces withdrew after Russian forces occupied the city and heavy fighting broke out.

In the ruins that the battles have left behind, many people remain, including children and the elderly, hidden in shelters and basements.

Lysytjansk was, next to the twin city of Sevierodonetsk, one of the last two cities under Ukrainian control in the Luhansk region of eastern Ukraine.

The fall of the city means that Russia now has control over virtually all of Luhansk - a significant moment in Moscow's eyes when President Vladimir Putin saw the region as an important strategic goal.

See the inhabitants trying to live on in Lysytjansk in the video.