A person must have been stabbed at Donnersplats in Visby during the ongoing Almedalen week. One person has been arrested, Expressen reports. 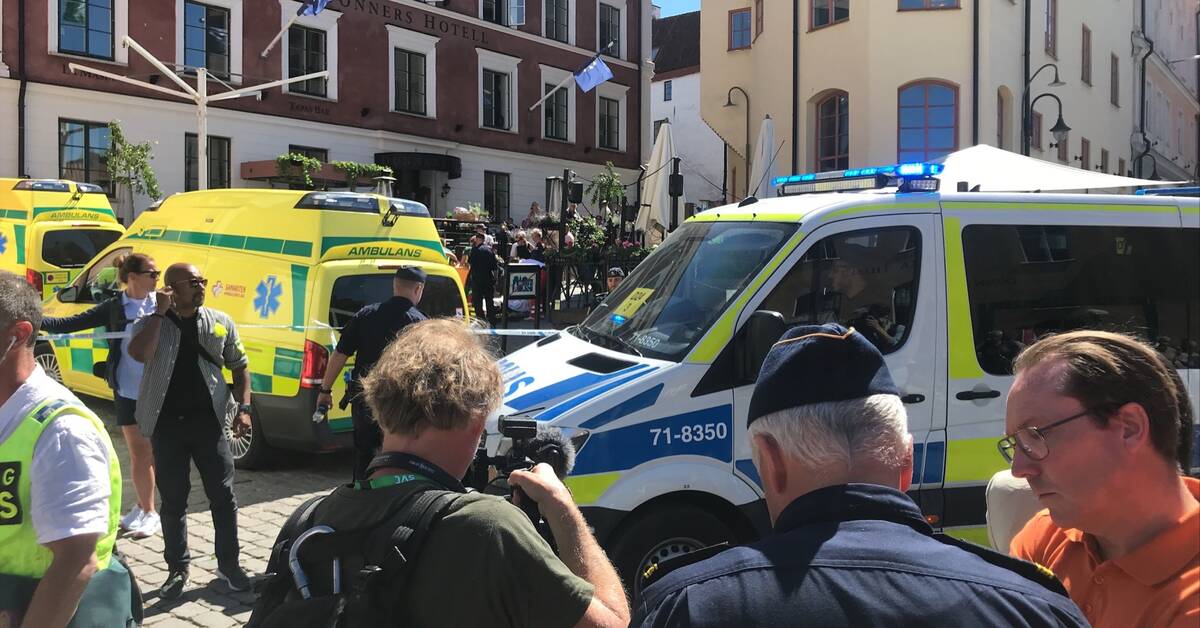 According to information to Expressen, a person in his 30s has been arrested.

The person must have been taken to hospital by ambulance, according to one of SVT's team located on Gotland.

- I am shocked, says a witness who SVT Nyheter has spoken to.

A street and a piece of the square have been blocked off.

The police's spokesperson, Ola Österling, tells SVT that this is a violent crime.

The police are now working to collect witness information on the spot.

At 2 pm, the Center Party's Annie Lööf would have held a press conference, but due to the ongoing police operation in Visby, the press conference has been moved forward.