"Social explosion": how Ukraine reacted to the statement of the General Staff on the movement of men of military age

The General Staff of Ukraine announced the ban on leaving the place of residence for men of military age without permission and approved the procedure for issuing a document for leaving. According to the Commander-in-Chief of the Armed Forces of Ukraine Valery Zaluzhny, those who plan to leave their districts and regions must obtain permission to do so. At the same time, he noted that no instructions were given to impede the movement of persons. Later, Volodymyr Zelenskyy asked the Armed Forces of Ukraine to report to him about the situation and urged "not to make such decisions" without him. These measures have already been criticized by Ukrainian deputies and the public, regarding the innovations as a ban on free movement. According to experts, with its vague and incorrect wording in the regulations, Kyiv managed to achieve its main goal - to intimidate Ukrainians even more. 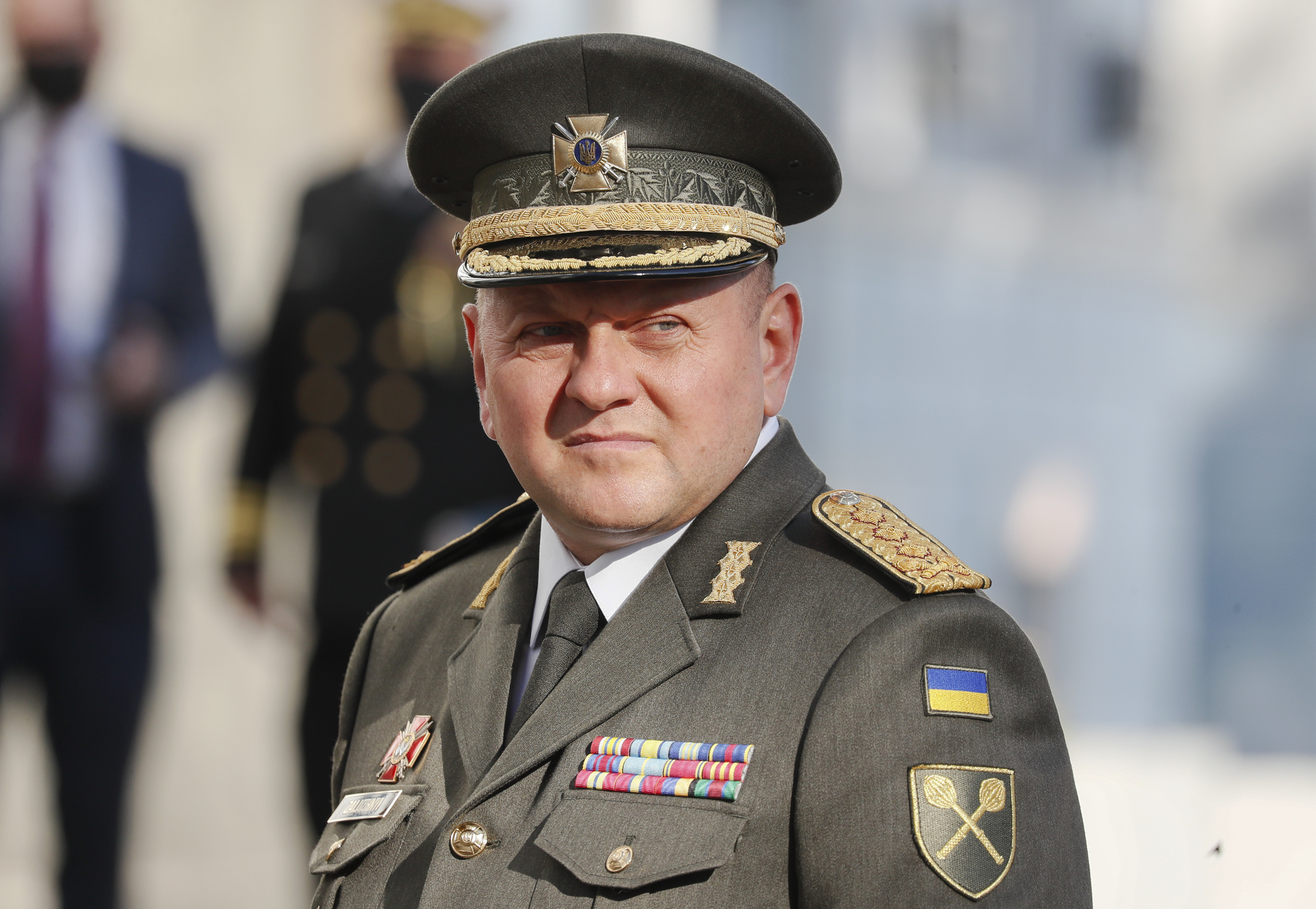 The General Staff of Ukraine announced a ban on leaving the place of residence for men of military age without permission.

“The norm of the law of Ukraine “On military duty and military service”, which has been in force since 1992, provides that in wartime it is prohibited for conscripts, conscripts and reservists to leave their place of residence without the permission of the head of the relevant territorial recruitment and social support center (TCC and SP.

),” the ministry said in a statement posted on Facebook*.

The General Staff also reported on the procedure for issuing exit permits.

“In order to streamline the registration of displaced persons, the General Staff of the Armed Forces of Ukraine has developed a procedure for granting permission to Ukrainian citizens who are on military registration in the TCC and the joint venture to leave the place of residence (place of stay) from the moment mobilization is announced and in wartime.

The permit is issued from 30 days to a year, depending on the category of the subject,” the statement says.

The report of the Ukrainian General Staff also indicates that "additional regulation of issues" of the movement of persons who systematically cross administrative borders "due to official or personal necessity" is being considered.

The department urged "to treat regulatory measures with understanding."

Deputies of the Servant of the People party criticized such innovations.

In particular, Roman Grischuk stated in his video message distributed to the media that the statement of the General Staff of the Armed Forces of Ukraine had already caused a riot in social networks.

He said that in its current form, these innovations will not work effectively, and called for changes to the legislation.

Grischuk also noted that such measures would have an extremely negative impact on the Ukrainian economy and hinder the work of volunteer movements.

Another representative of the Servant of the People, Roksolana Pidlasa, called the decision of the General Staff of the Armed Forces of Ukraine stupidity, which "will cause a social explosion and the collapse of the economy."

“As a deputy, I will make every effort to change the legislation that made the adoption of this nonsense possible,” she said.

In turn, the deputy of the same political force, Max Buzhansky, called the innovation “sad” about the ban on those liable for military service “to leave their home territory without the permission of the military registration and enlistment office” and called for it to be changed.

“Does this need to be corrected?

Of course, this should immediately be taken up by the Committee on National Security.

Moreover, the model that will be proposed must first be discussed and criticized, and only then shown and voted, ”he wrote in his Telegarm channel.

Criticized the message of the General Staff of the Armed Forces of Ukraine and users on the network.

Thus, the Ukrainians noted that corruption in Ukraine will spread to another area.

“The military registration and enlistment office can now make money on issuing permits,” one of the users wrote in the comments.

Many have questions about how to interpret innovations.

“There is nothing clear,” they wrote on the network.

In particular, opinions were published that now "it is even impossible to evacuate."

At the same time, President of Ukraine Volodymyr Zelensky in his address asked to report to him on the situation, noting that many disputes arose in connection with it.

“I promise the people to look into this and ask the General Staff not to make such decisions without me anymore,” he said.

Later, the Commander-in-Chief of the Armed Forces of Ukraine Valery Zaluzhny addressed Ukrainian citizens, conscripts and those liable for military service.

“Your country needs you!

Everyone who is still not or has not been restored to military registration should do so.

Those of you who plan to travel outside your districts and regions must obtain permission from the TCC.

No instructions were given to prevent the movement of persons over the next few days by the military command, ”Zaluzhny noted on his Facebook.

At the same time, he did not explain what he meant by the wording "travel outside their districts and regions."

In a commentary to RBC-Ukraine, she explained that the department’s message refers exclusively to streamlining the registration of people who change their place of registration.

“Perhaps the published document is written out a little incomprehensibly.

But really, the goal is to streamline this accounting, so that our recruiting centers have a certain order.

That is, it is more of an internal document, but the community interprets it in the way that anyone understood,” Ryabeka said.

She also acknowledged that the wording of the message of the General Staff of the Armed Forces of Ukraine needs to be adjusted.

“Certain meetings will still be held today to legally streamline this document and make amendments so that it is more correct.

Nobody wants to stop the economy, business.

That is, such a goal was not set, ”Ryabeka said.

As political scientist Oleksandr Dudchak noted, with vague and incorrect wording in the regulations, Kyiv managed to achieve its main goal - "to intimidate Ukrainians even more."

“The Kyiv authorities want to tie their citizens to their place of residence in this way so that they are always at hand.

Inaccuracies in the documents will allow the Kyiv local authorities to interpret the regulations as they see fit, in particular, to hold the population hostage.

This tactic now, apparently, will move to a new, more serious level.

Control over the movement of people will also be tightened.

Apparently, in the Armed Forces of Ukraine in this way they are trying to facilitate the replenishment of the ranks of the armed forces, ”the expert said.

According to Dudchak, all this suggests that Kyiv still has plans "to continue the destruction of its own people."

“A significant part of the units of the Armed Forces of Ukraine understand the senselessness of resistance and the bestial attitude towards themselves on the part of the authorities and commanders who continue the policy of extermination.

The Ukrainian military is leaving the battlefield, and the lack of people on the fronts requires the leadership of the Ukrainian armed forces to take measures to trap the population, link them to their place of residence, actual enslavement, ”the analyst believes.

Dudchak believes that discrepancies in the innovations of the Armed Forces of Ukraine will lead to colossal corruption on the ground.

“All this will be accompanied by attempts to pay off, corruption will definitely be present here.

And the innovations will not greatly affect either desertion or recruitment into the Armed Forces of Ukraine, it will not cause any changes on the battlefield either, ”he is sure.

According to the expert of the Association of Military Political Scientists, retired colonel Andrey Koshkin, the Armed Forces of Ukraine, according to the current Kyiv leadership, have a rather difficult situation with a mobilization resource for the army, since Kyiv’s actions “do not create a sustainable motivation for this.”

For this reason, the Armed Forces of Ukraine go "to all sorts of tricks," the analyst said.

“The Armed Forces of Ukraine need both reservists and people who will have to participate in hostilities, but there is nowhere to take them.

Videos appear on the network of how men in Ukraine are caught on the street, in cafes and restaurants.

Moreover, already in Poland they began to deport Ukrainian refugees from 18 to 60 years old.

The situation is extremely difficult, but they want to tighten control over the change of residence so that this capture is easier, ”Koshkin said in a comment to RT.

In his opinion, inaccuracies in the normative documents of the General Staff of the Armed Forces of Ukraine and the variability of their interpretations are designed to confuse the population and force them to stay at the registration address.

“The clarifications of the representatives of the Armed Forces of Ukraine are aimed at demonstrating that theoretically the rights of Ukrainians are not violated.

But the current Ukrainian authorities, introducing such measures, are deeply convinced that if the military commissar has all the data on the demographic resources of a particular region, then he will be able to fulfill the call-up order.

Innovations are caused by Kyiv’s keen desire to put people into the armed forces as quickly as possible, ”concluded the expert.