Chinese Vice Premier Liu He and US Treasury Secretary Janet Yellen held talks yesterday, state media reported, at a time when Washington is considering raising strict tariffs imposed on some Chinese products in an effort to contain inflation. 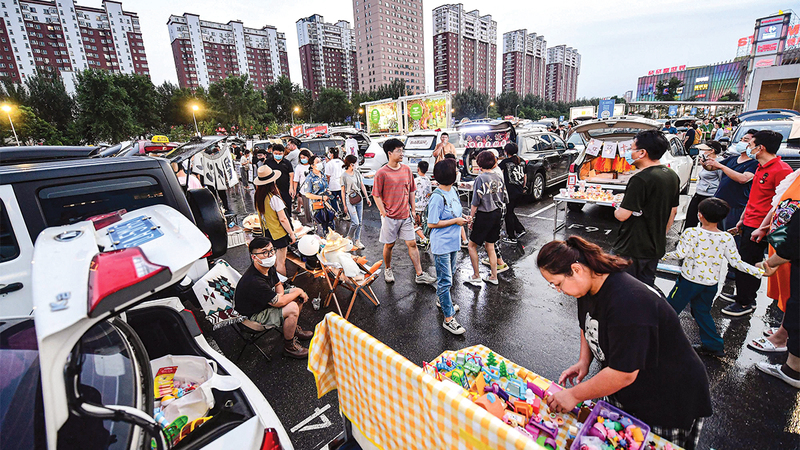 China is suffering from economic inflation, which has affected its purchasing power, which prompted it to negotiate trade with America, which is also suffering.

Chinese Vice Premier Liu He and US Treasury Secretary Janet Yellen held talks yesterday, state media reported, at a time when Washington is considering raising strict tariffs imposed on some Chinese products in an effort to contain inflation.

A significant deterioration in relations between China and the United States was recorded during the era of former US President Donald Trump (2017-2021), who waged a trade war against the Asian giant, accompanied by the imposition of tight reciprocal customs duties on a wide range of products, some of which are still in place despite the two countries signing a truce In January 2020.

The administration of US President Joe Biden, in its quest to curb rising inflation, is considering lifting some tariff measures on Chinese products.

"The global economy is facing serious challenges," said Liu He, who is overseeing economic issues, and Janet Yellen, during their video chat, according to the Xinhua news agency.

The agency stated that the talks were "constructive" and took place at the request of the United States.

The report only briefly mentioned the issue of strict tariffs, but it conveyed Beijing's "concern" about these measures that harm Chinese products in the United States.

The first set of tough tariffs was imposed on July 6, 2018, followed by three more sets, including imports from China worth $350 billion a year.

The duration of the first series of measures expires automatically on Wednesday, July 6, unless any company in the United States requests an extension.

The Biden administration is under pressure to raise these strict tariffs in light of unprecedented inflation in 40 years that Americans have been suffering from, while companies find it difficult to provide basic supplies.

Liu Weilin agreed, according to Xinhua, that "together maintaining the stability of global supply chains is in the interests of both countries and the world."

On the other hand, Washington's report on the talks mentions "the impact of the Russian war in Ukraine on the global economy and Chinese economic practices."

The call took place ahead of expected talks "in the coming weeks" between Biden and Chinese President Xi Jinping, according to the White House.

The Biden administration is under pressure to raise the crippling tariffs in light of the unprecedented inflation in 40 years that Americans have suffered, while companies are finding it difficult to provide basic supplies.