Tour de France: "I felt like I was flying", exults van Aert &nbsp;

Wout van Aert, winner of the 4th stage of the Tour de France on Tuesday, of which he was already wearing the yellow jersey, said he "felt robbed" in the last ten kilometers leading to Calais. 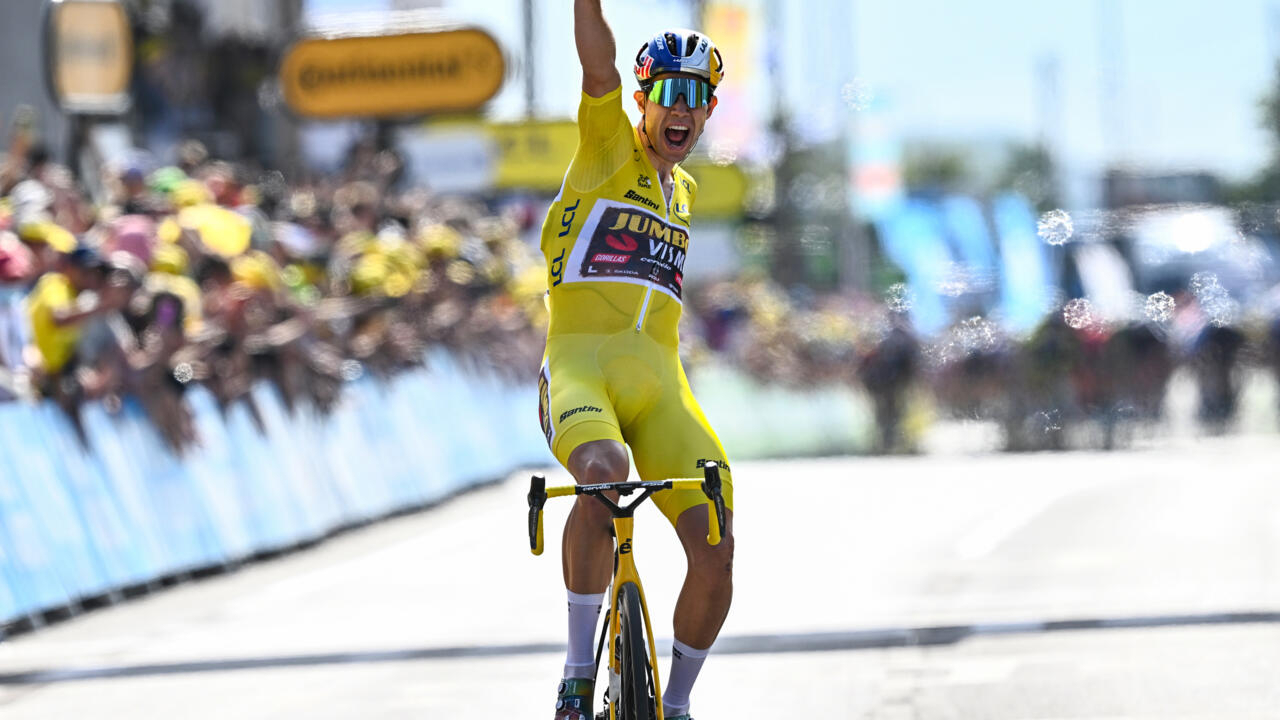 QUESTION: Why did you go on the attack 11 kilometers from the finish?

ANSWER: "I no longer wanted to take the risk of losing a sprint. A long time ago, we had observed the course well, we knew that it would be demanding with a lot of ups and downs. The plan was to try something for the general classification and also the green jersey. We attacked the last climb hard, at the front, with these two objectives in mind. Nathan van Hooydonck started the movement, Tiesj Benoot followed and we heard on our radios that the attack had done some damage. So we raced to the top to see what was going to happen. I didn't expect to be alone."

Q: But if the leaders for the general classification (Vingegaard, Roglic) had been in difficulty...

A: "(smile) I would have turned around and gone to help Primoz (Roglic) and Jonas (Vingegaard). Afterwards, I gave everything. My gesture on the line? I wanted to show that the jersey yellow gives me wings. I felt myself flying in the last 10 kilometers. Winning a stage in this way, with the yellow jersey, is beautiful!"

Already dressed in the yellow jersey, Wout van Aert mimics wings with his arms, upon his arrival from the 4th stage of the Tour du France on July 5, 2022 Anne-Christine POUJOULAT AFP

Q: How do you approach the cobblestone stage?

A: "It will be a very difficult stage, there will be a lot of nervousness, but we approach it with confidence. Half of the team is made up of classic riders, who are used to cobblestones. For us, the question will not finish without problems, we have a real chance to do something. I love having a stage like this in the Tour."

Statements taken at a press conference