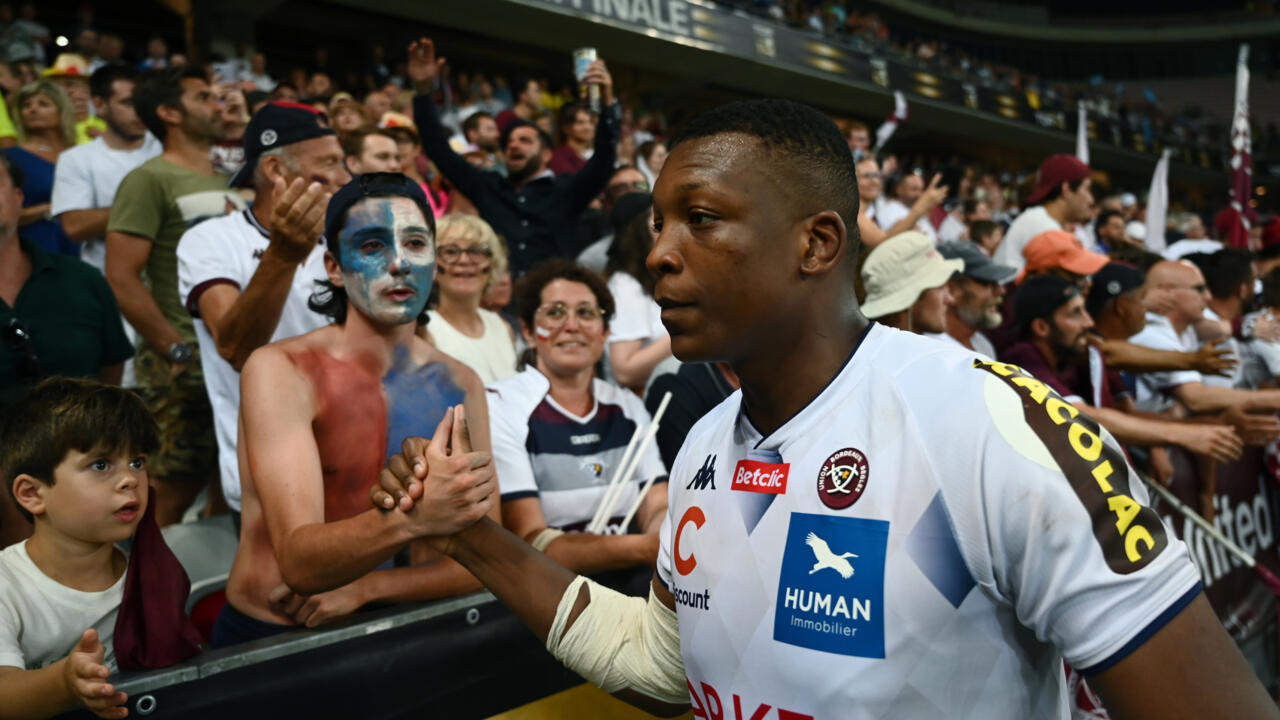 "Cameron Woki: Racing 92 is pleased to announce today (Tuesday, editor's note) its signing for the next 4 sports seasons. The third row joins the Ciel et Blanc squad from July 5, 2022 as a player extra", says the club, which finished last season in 6th place.

The UBB for its part reached the semi-finals of the Top 14, beaten (19-10) by Montpellier, the future champion.

Woki (1.96 m, 109 kg), born in Saint-Denis, won the Grand Slam this year with the Blues, in which he was tenured in second line throughout the Six Nations Tournament.

"The club welcomes the arrival of this international player from the Ile-de-France region who will continue to highlight the fertile ground of the Paris basin for French rugby", adds Racing 92, whose sports manager is Laurent Travers.

Cameron Woki (16 caps) will find in the Racingmen locker room his partner with the Blues, center Gaël Fickou, but also pillar Hassane Kolingar and third line Ibrahim Diallo, with whom he won the U20 world championship title in 2018.

Grace and Naituvi are also coming

Grace, who will not arrive in Hauts-de-Seine until October 2022, "will strengthen the back lines at the end of the rugby league season with his current English club St Helens", specifies Racing.

As for Naituvi, in dispute over his end of contract with Stade Montois (Pro D2), where he arrived during the 2017/2018 season and for whom he scored a total of 32 tries, "an agreement has been ratified with his Mont-de-Marsan club", explains the Ile-de-France club.

The 26-year-old Fijian (1.79 m, 87 kg) "will arrive in the Racing 92 workforce from July 1, 2023 after having completed a final sports season in the colors of Stade Mons", underlines the press release.

Cameron Woki (d) with Bordeaux-Bègles against Toulon in the Top 14 on May 1, 2022 in Bordeaux ROMAIN PERROCHEAU AFP / Archives