One step closer. After the unblocking achieved in Madrid last Tuesday, and the talks held this Monday in Brussels, NATO held a formal act this morning... 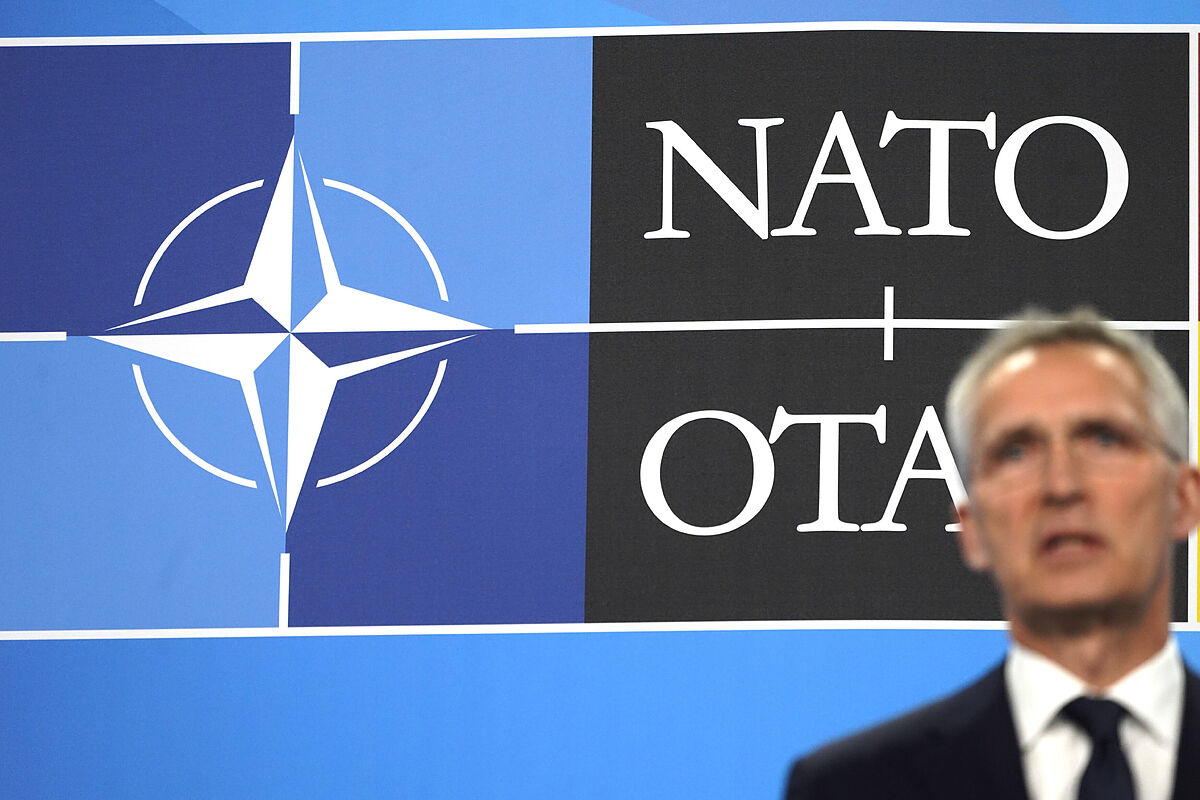 After the unblocking achieved in Madrid last Tuesday, and the talks held this Monday in Brussels,

A festive, relaxed, important act for the organization and the applicants, who for weeks saw how the Turkish veto blurred their short-term possibilities.

The signing did not take place in a hall, in an empty space or in the press room, but in the meeting room of the Atlantic Council, at the same table where decisions are made and under the Alliance motto: "Animus in consulendo liber", with a free spirit to decide.

A message that with Russian pressure is more valid and important than ever.

Only the allies and the candidates, and no one else, have a voice, vote or veto, on the enlargement, they want to transmit.

the foreign ministers of both nations, the 30 ambassadors of the members as well as part of all the national delegations

were present in the room .

With a public part, with a brief intervention by the ministers, and a private part, now without the cameras.

With the same message: it is a historic moment and a phase is now opening in which collective security is reinforced.

"There were a number of concerns on the part of a member and we did what we always do in NATO: get to the meeting point. Today we sign the accession protocols, one more step towards ratification. Our doors are open to European democracies willing to contribute to collective security.

It is a great day for NATO, which with 32 nations will be even stronger

Our citizens will be safer in the face of the greatest crisis in decades," Stoltenberg said. "It is an honor to be here today.

We greatly appreciate the Alliance's support and look forward to speeding up ratification.

Over the last 30 years we have had a pragmatic partnership with NATO.

We work together for a safer Europe.

Together we are stronger and the union will contribute to collective security", said the Finnish minister. "It is a historic date for Sweden.

We are tremendously grateful for the strong support for our petition.

As future members we will

contribute to the security of all allies,

we are convinced that we will reinforce and add to the stability of the transatlantic zone", the Swedish minister agreed.

On Monday, at the Alliance headquarters, both countries formally confirmed their willingness, interest, but also guaranteed at a technical level that they have the "political, legal and military" capabilities to comply with "the obligations and commitments of membership to NATO."

It is a necessary, regulatory step, but in the case of Stockholm and Helsinki it seems little more than a formality.

North Macedonia, the last country to join the organization, had longer, more intense and demanding procedures.

But the Nordic democracies are more than consolidated, their economies are strong, their armies are functional and they have been coordinating with the Alliance for a long time.

The talks were held between NATO officials and representatives from Finland and Sweden.

The Swedish delegation was led by Foreign Minister Ann Linde.

On behalf of the Alliance, at the table was the Assistant Secretary General for Political Affairs and Security Policy of NATO, Ambassador Bettina Cadenbach.

In reality, the issue, despite appearances, is far from resolved.

In recent days the messages that have come from Ankara have been constantly warning, if not threatening.

Turkey has obtained the trilateral Memorandum, the promises from the Nordic countries of changes or at least efforts in certain directions, but it is not satisfied.

And the message that she has clearly conveyed is that although she has lifted the veto at this stage, allowing today's act, she can exercise it again at the final stage.

For the entry of both into NATO to materialize, it is necessary that

the 20 national Parliaments ratify the process

, and here again Erdogan has the upper hand.

"We cannot reopen them, a decision has already been made," said the president of the Swedish Supreme Court, Anders Elka, in statements collected by the newspaper Dagens Nyheter.

"If there are no impediments, the Government can act, but if we say that it cannot be, their hands are tied," added the magistrate.

The Prime Minister, Magdalena Andersson, has indicated this Tuesday in an interview on the radio in her country that

she has not received any official list from Turkey,

and has stressed that the legislation that is applied is Swedish and also the definition of terrorism, a question about which Erdogan was asked last Thursday in Madrid during his press conference.

But the Turk is not satisfied.

The separation of powers is not his problem.

He wants extraditions, in addition to the security guarantees, the legislative changes that both countries are carrying out and the commitment that embargoes on arms sales will be lifted.

He understands that it may take a while, but his intention is to hold off on the final phase of the accession until he has gotten where he wants.

Because once the ratification of the 30 parliaments takes place, he will no longer have the advantage and the pressure.

If he has blocked for weeks, to the point of almost screwing up the Madrid summit, he will have no problem doing so again.

That is warning and that is heard in the headquarters loud and clear.