News summary on the way home from work, Subsletter Evening. In the new government's personnel and policies, ABM (Anything But Moon/anything except what the Moon Jae-in administration did), that is, the 'anti-Moon Jae-in' stance is getting stronger. 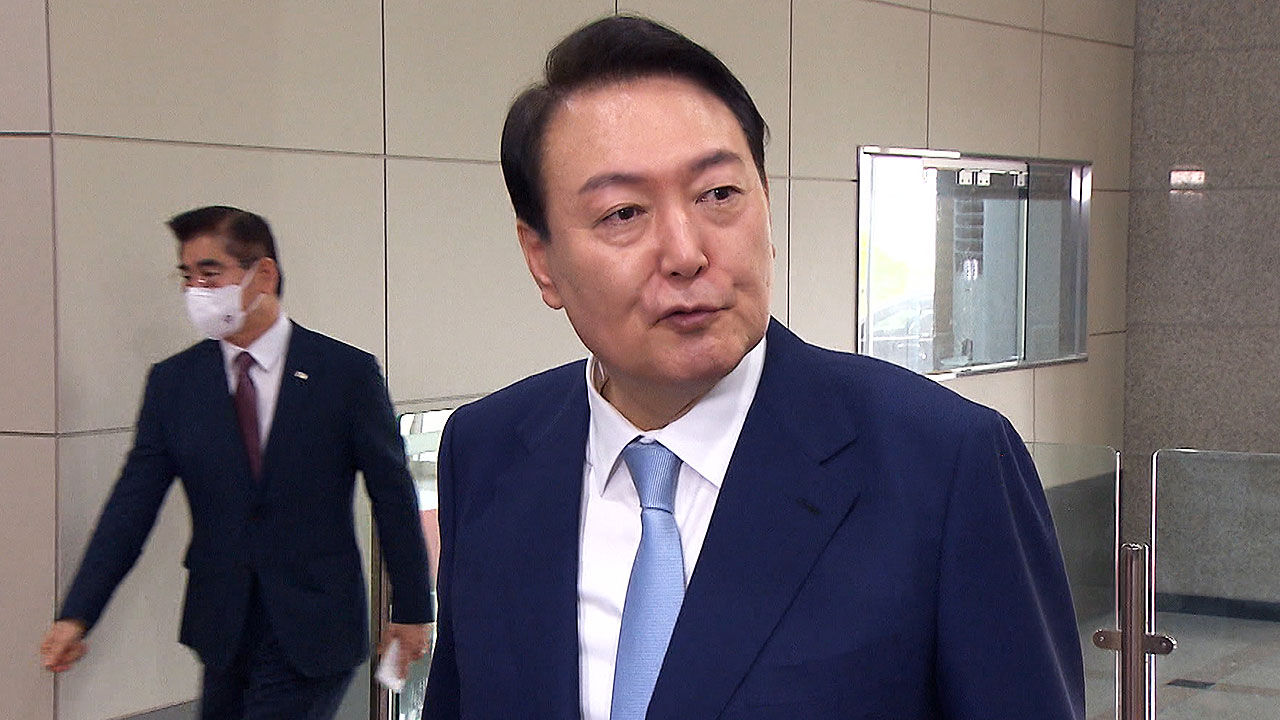 In the new government's personnel and policies, ABM (Anything But Moon/anything except what the Moon Jae-in administration did), that is, the 'anti-Moon Jae-in' stance is getting stronger.

In particular, with regard to recent personnel affairs, President Yoon Seok-yeol is claiming a comparative advantage that he is 'better than the previous government'.

Wouldn't national unity be farther away from this?

"Have you seen any great former government ministers?"

On the way to work for President Yoon Seok-yeol, reporters asked about the controversy over poor personnel.

When the reporter said, "In the case of Candidate Ok-ryeol Song (Chairman of Fair Trade) or former Candidate Seung-hee Kim (Minister of Welfare), poor personnel and personnel failure..." Instead of answering by asking a question.

President Yoon suggested that we move on to the next question, but another similar question came up.

When the reporter brought up the controversy over poor verification, saying, "There were many things that could be verified sufficiently in advance for repeated problems," President Yoon waved a finger and expressed his disapproval.

Then he said, "Compare it with other regimes. People's qualities or something like that..." He went up to the office without further questioning.

◇ Reporter: President, the most common thing we hear when we are interviewing personnel is that the president is responsible for greetings.

There were many things that could be verified sufficiently in advance for the problems that are repeated now.

◆ President Yoon: Try comparing it with other governments.

There have been several previous explanations by the president to the effect that 'the new government's appointment is better than the previous government', but just yesterday (4th), President Yoon mentioned the selection criteria of professionalism and competency and said, "In that respect, he selected people thoroughly. I don't think it's something to be proud of and compare it to the previous government."

In terms of morality, he said, “There is no comparison,” while talking about the former government.

◇ Reporter: Kim Seung-hee (Minister of Welfare) Candidate has been the subject of investigation by the prosecution, and the ruling party is also saying that it is inappropriate. How do you plan to appoint him?

Therefore, they believe that expertise and competence in the task they are assigned to are the most important.

I am proud that our government has selected people without fail in that respect.

I don't think there's anything to compare it to the previous government.

And in terms of morality, I don't think comparisons can be made when looking at the figures pushed by the previous government.

However, since our government is different, I plan to have some discussions with my staff and colleagues, and make a quick decision on whether or not the minister candidates are going to have to work again anyway quickly.

On the 8th of last month, he also criticized the Moon Jae-in government's personnel management. When a reporter asked a reporter's question that 'there is criticism that the president's talent pool is too narrow', President Yoon responded, "Were the people from Minbyon very wallpapering in the past?" There is.

He criticized the fact that a large number of civic groups were employed in the previous Moon Jae-in government by using the negative expression 'Dobae'.

◇ Reporter: As the prosecution's appointments are repeated, there are also criticisms that the president's human pool itself is too narrow. What do you think about this?

◆ President Yoon: In the past, didn't people from Minbyon do anything?

Even in developed countries, especially in countries like the United States, people with 'Government Attorney' (government lawyer) experience a very wide range of political relationships.

Isn't that a rule of law?

The day before (June 7), when a reporter pointed out that 'persons from the prosecution are criticized for monopolizing key government posts', they dismissed it as "Our personnel principle is to use competent people in the right place."

The Democratic Party is criticizing the new government's personnel at every opportunity, and today (the 5th), floor leader Park Hong-geun also said, "It is a catastrophe caused by the insolvent personnel of the Yun Seok-yeol government," and said, "President's In addition to an apology to the public, the incompetent personnel verification line from the chief of staff to the personnel planning officer should be reprimanded and held strictly accountable."

He also strongly criticized the president's remarks, 'Have you seen a great person among the ministers appointed by the previous administration' with expressions such as 'absurd' and 'arrogance and self-righteousness'.

Even so, President Yoon gave only absurd excuses that were far from the national sentiment, saying, 'Have you seen a great person among the ministers appointed by the previous administration'.

I can't help but deplore the arrogance and self-righteousness that heavily acknowledges the responsibility for successive verification failures and completely ignores the ignorant public sentiments that cannot be resolved as a person in charge of personnel management.

When the president's remarks came out, 'Weren't people from Minbyon very wallpapering in the past?' “I even pinched it.

However, even in the People's Power, there are voices openly criticizing the new government's personnel issue.

The main character is Spokesperson Park Min-young, who is said to be pro-Lee Jun-seok-gye from the debate battle 'I am National University (I am a spokesperson for the People's Power) Season 2'.

Spokesperson Park criticized President Yoon's reply, "Among the ministers nominated by the previous administration, have you seen such a great person?" to the effect of 'the same excuse as the Democratic Party'.

"An answer to 'Didn't the Democrats do that?' can be a logic to shut the Democrats' mouths, but it cannot answer the public's question, 'Isn't it elected not to be like the Democrats?'" he said directly on SNS.

In the back part, he said, "It must be different. I think it has been trial and error so far. I think that if you do not lose the ability to self-clean through sound criticism, you will be able to see the fruits of waiting. I say this with a bloody heart." I feel it too.

"Integration is too natural"...

In order not to end with an expression

It can be said that the 'ban-moon-jae-in' camp is the core support group of the Yun Seok-yeol government, and whenever a controversy arises, they turn an arrow to the Moon Jae-in government and try to gather the supporters and change the situation.

It is also politics for the supporters.

On his first commute to work, President Yoon said, “There are people who point out that the story of integration is missing (in his inaugural address), because it is too natural.”

There is no left or right, and there are people who support us and people who don't.”

From these remarks, it can be seen that President Yun is well aware of the value of cooperation and integration.

The problem is that the words at the beginning of the inauguration are different from the words of the last 50 days or so.

In particular, there are criticisms of 'My Way' in personnel affairs, and various surveys show that personnel noise cannot be ignored in the background of the declining approval rating for President Yoon.

The Yun Seok-Yeol administration has to work against a huge opposition party, whether like it or not, until the general election two years later.

I think it's time to reflect on the meaning of the early remarks in my inauguration that 'integration is too natural'.

Can you see the fighter over the wing of the airliner?

A Spanish Air Force F-18 fighter was caught escorting an EasyJet airliner by approaching it. An 18-year-old boy on the plane reported that there was an explosive as a joke, and the fighter was dispatched to emergency.