Sudan: the opposition sees in the proposal of the general al-Burhan an attempt of diversion

Unsurprisingly, the Sudanese political forces rejected this Tuesday, July 5 the proposal of the head of the army, General Abdel Fattah al-Burhan, who had announced the day before to open the way to the forces… 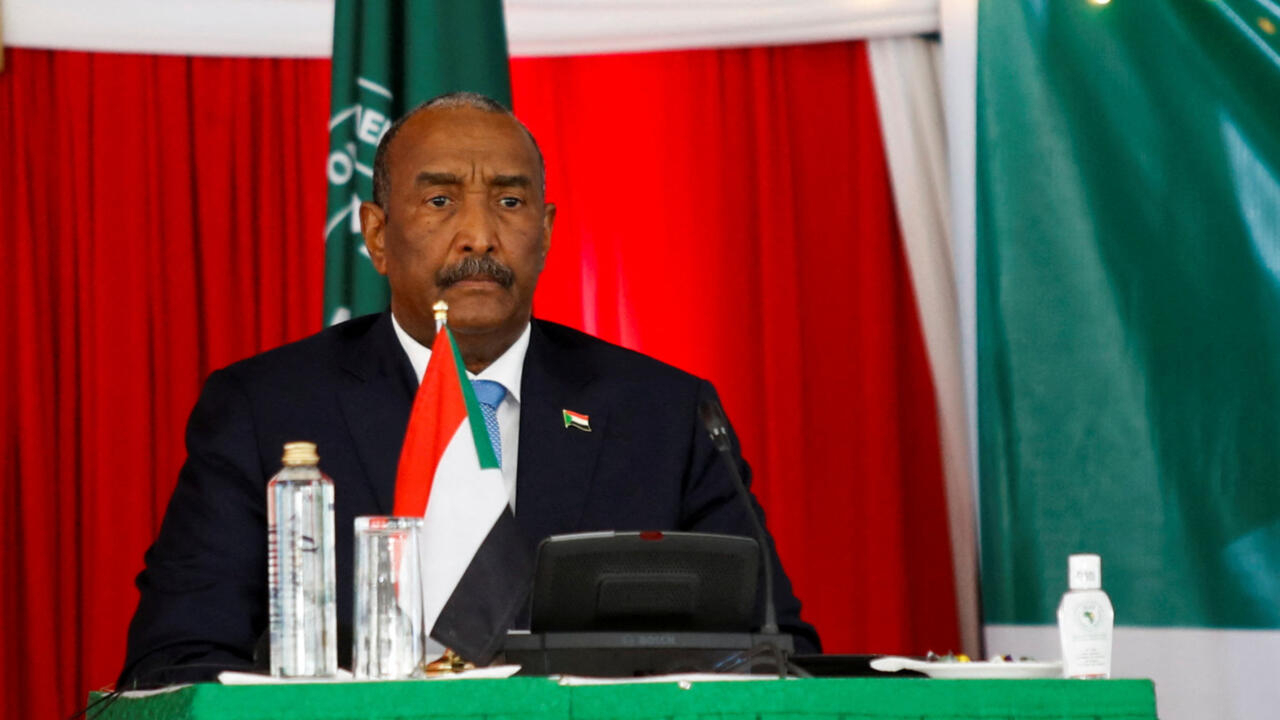 Sudan: the opposition sees in the proposal of the general al-Burhan an attempt of diversion

After proposing a certain openness of the Sudanese government to civilians, General Abdel Fattah al-Burhan left for Kenya for an Igad summit on July 5, 2022. © Monicah Mwangi / Reuters

Unsurprisingly, the Sudanese political forces rejected this Tuesday, July 5 the proposal of the head of the army, General Abdel Fattah al-Burhan, who had announced the day before to open the way to the civilian forces to form a government, at the end of a process of dialogue in which the army would not participate.

Gathered a good part of the night and the morning, the Forces of freedom and change ended up reacting Tuesday afternoon

to the announcements of the head of the army

For them, it is a non-event.

", according to a framework of the coalition, a diversion "

tending to make believe that the army returns to its barracks

The coordination of the Resistance Committees of the capital for its part published a virulent and threatening press release against the general and his allies, promising to bring them to justice.

The Communist Party has not officially responded, but an official said it did not take the announcements seriously.

underlined the ambiguity of the general's speech

, promising for example the creation of a "

", which would be in charge of national defense, but also of the Central Bank and diplomacy. .

The civil opposition therefore unanimously called on the Sudanese to maintain pressure on the putschists.

In particular through sit-ins, which have reformed in the capital, after being dispersed by violence during the night.

This too with strikes that began on Tuesday, particularly among teachers and doctors.

For researcher Kholood Khair, director of the Confluence Advisory institute, "

", but Abdel Fattah al-Burhan could have continued to govern Sudan from the "

The general's announcement was intended to give the impression that the military was ready to hand over power to civilians.

But these same soldiers have spent months creating divisions within the civilian forces, to the point that they are fully aware of the difficulty for their adversaries to quickly agree on the composition of a civilian government.

In reality, the military junta is not prepared to relinquish the levers of power to civilians.

They claim to continue to control the Central Bank, part of foreign policy and to arbitrate matters of "sovereignty", which means everything and nothing.

It seems that General al-Burhan is mainly trying to reorganize the forces supporting his coup, and in particular the army and the Rapid Support Forces,

The “junta is not willing to surrender the levers of power” to civilians, according to Kholood Khair, director of the Confluence Advisory institute

At the same time, General Abdel Fattah al-Burhan was in Nairobi on Tuesday for an extraordinary summit of the regional organization Igad, where he notably met Ethiopian Prime Minister Abiy Ahmed.

Ethiopia and Sudan have been at loggerheads for months

over the issue of the El-Fashaga triangle, a disputed territory on the border between the two countries.

To read also: Repression of demonstrators in Sudan: the regional environment "rather in favor of the military"