The SAS pilots' strike is a fact. But SAS's ground staff has also started to get hooked. - You see it in the body language and in the facial expressions, says Martin Johansson, chairman of the ground staff's Union Club. 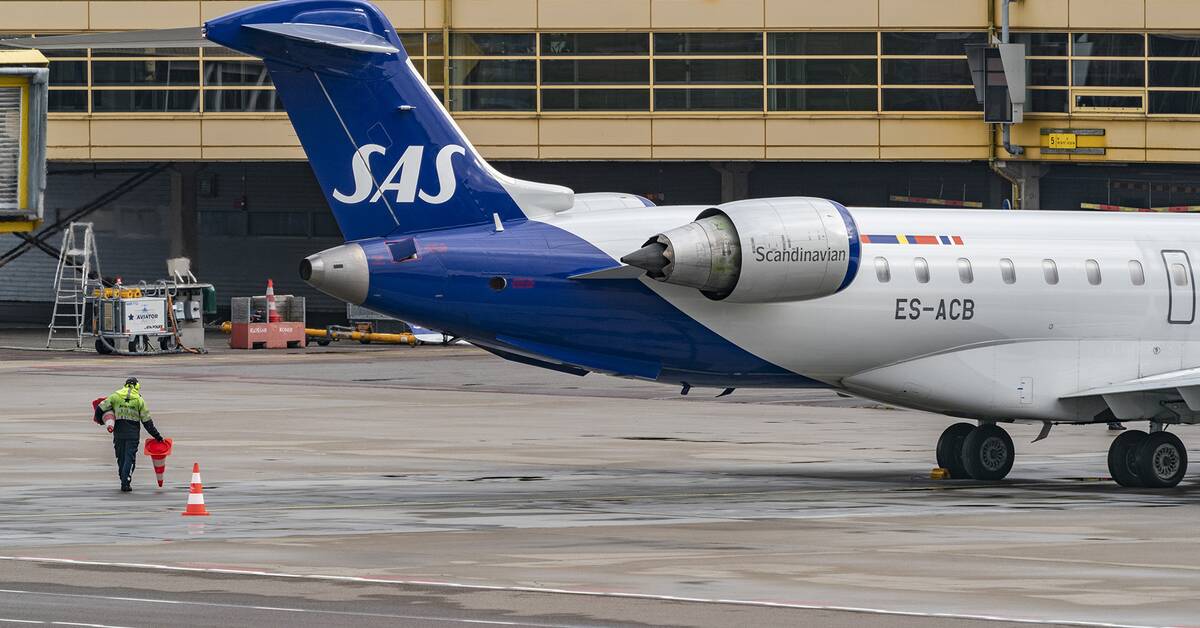 On Monday, SAS announced that the pilot strike could affect 200-250 flights and up to 30,000 passengers daily.

But it is not just travelers who are affected by the pilot strike.

The union Unionen announces that SAS ground personnel and cabin crew, who have been hit hard in recent years, now risk getting even tougher.

Martin Johansson, who is union chairman for the ground staff at Arlanda, does not want to comment on the SAS pilots' choice to go on strike.

- We do not usually comment on colleagues and there is nothing we want to do now either.

- But I can say that it is incredibly heavy for the ground staff.

They're starting to hook now.

I can say that without exaggerating, he says.

Sees no end to the airport chaos

Martin Johansson also says that sick leave at the airport has skyrocketed recently.

- You see no end to the chaos at the airport.

Swedavia has mentioned something about September, but I am worried about how our members will feel if it goes on for so long.

The land department at Arlanda has had great difficulty hiring new staff after the pandemic.

Among other things, a clear reduction in the number of job applications has been seen.

- Something has happened to the aviation industry but it is difficult to put your finger on it, says Martin Johansson.

The shortage of staff is a major contributing factor to the reported problems that have been at the airport recently.

- It is clear that it is tough now.

The pandemic meant that almost half of the workforce was laid off.

We actually went from 100 to zero in two weeks.

When the restrictions finally eased and the pressure on travel increased, staff were needed and this has affected the entire airport.

Do the hard work

Martin Johansson believes that the rough work at the airport right now is done by the ground staff and he feels a little extra for the traffic assistants and staff in uniform who daily respond to the anger, frustration and disappointment that is currently occurring at the airport.

They have it very tough, you see it in the body language and facial expressions, says Martin Johansson.