Repatriation of children of jihadists: the end of the French doctrine of "case by case"?

France carried out for the first time on Tuesday a massive repatriation of minors, including the mothers of these children of jihadists who fought for the Islamic State organization in Syria. A sprain… 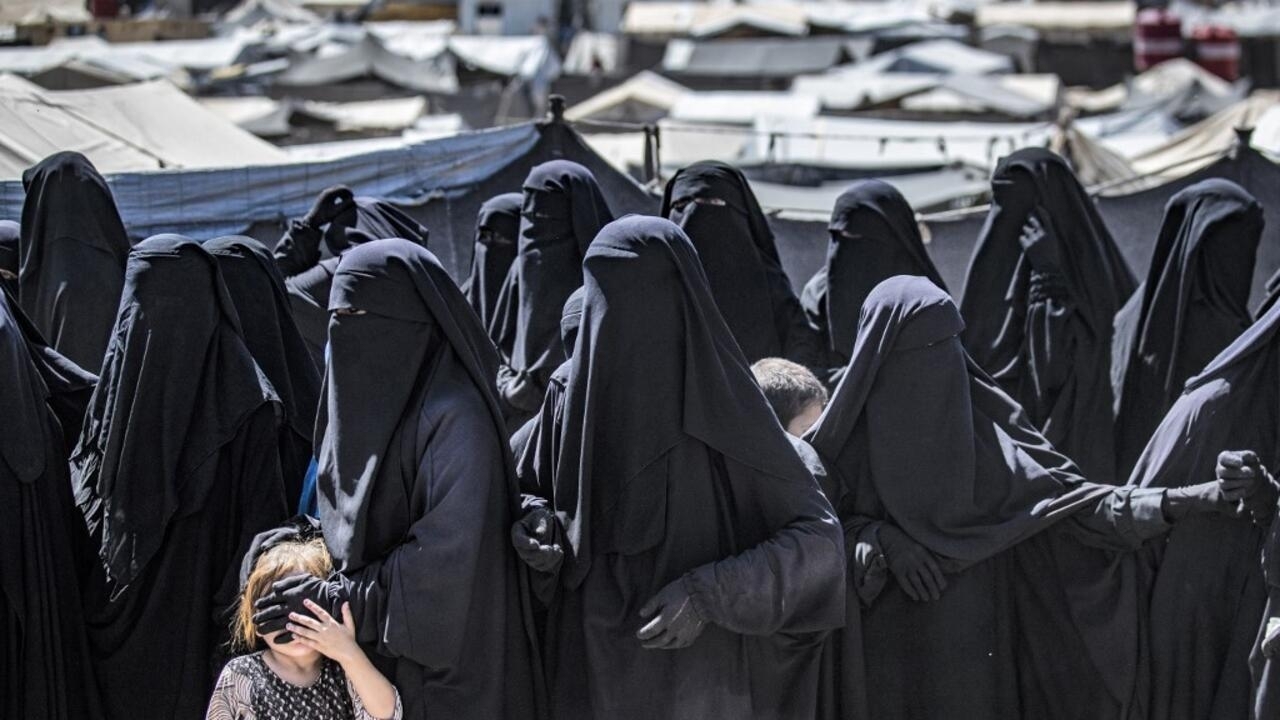 This is the largest repatriation operation carried out by the French authorities since the fall of the last stronghold of the Islamic State organization in 2019. The French Ministry of Foreign Affairs announced on Tuesday July 5 the return to national soil of 35 minors and of 16 mothers present in jihadist prison camps in northeast Syria run by Kurdish forces.

This repatriation marks a notable evolution in the French doctrine "case by case" adopted by Paris.

First, the number of repatriated children is exceptionally high.

The last operation, which dated back to January 2021, only involved seven children.

Another element which pleads in favor of a reversal of Paris on this file: the presence of some of the mothers of these minors.

Until now, Paris only agreed to repatriate orphans or children whose mother had agreed to renounce her parental rights.

"France is finally making a 180 degree turn. It's a light at the end of the tunnel that lights up", reacted on the antenna of France 24, Albert Doguet, whose daughter is detained in a camp in Syria but is not affected by this operation.

"It's a change of course that should be welcomed. It's late but it's a good start," says Patrick Baudoin, president of the League for Human Rights (LDH).

"There is an awareness of the need to comply with its international commitments and basic respect for humanity".

"This is good news but we are staying a little in the middle of the ford because the political announcement is missing which could have included this repatriation in the end on a case-by-case basis", regrets Raymonde Poncet, environmental senator, author of a question written at the end of June on the question.

Much criticized for its hard line, France has been called to order several times by national and international bodies in recent years, including the UN Committee on the Rights of the Child in February.

In addition, the European Court of Human Rights (ECHR), seized by several families, must soon rule on the position adopted by Paris.

"France is aware of a risk of condemnation and rather than exposing itself to this risk, it prefers to take the lead", analyzes lawyer Vincent Brengarth of the firm Bourdon and associates, at the forefront of this file.

Thus, Belgium, Denmark, Sweden, Finland, the Netherlands and Germany have all decided to repatriate all children and mothers.

At the end of June, Brussels, for example, repatriated almost all of its nationals from Syria.

The French electoral agenda also offers a key to understanding this reversal of the Élysée.

"It is perhaps not excluded that the change of Foreign Minister also has something to do with this development because Jean-Yves Le Drian has shown himself to be particularly resistant to any consideration of elementary elements of humanity. “, believes Patrick Baudoin.

In France, the question of the repatriation of the families of jihadists has long remained explosive on the political level, recalls the journalist of France 24, James André.

"The deadliest attacks in recent years have been committed on French soil. In addition, France is the country whose most nationals have traveled to the Iraqi-Syrian zone to join the self-proclaimed caliphate of the State organization Islamic".

According to estimates, around 1,700 French people have joined the ranks of the Islamic State organization in Syria since 2014, compared to 760 Britons or 470 Belgians.

But for Senator Raymonde Poncet, the government's reluctance to repatriate the children and wives of jihadists demonstrates "a lack of political courage. "If we explain to the French population that mothers must be judged and children protected, I am convinced that public opinion will follow".

Finally, the evolution of the French position could be explained by a better reception capacity for radicalized prisoners.

“A new radicalization assessment district has recently opened in Rennes. France therefore has the means to bring these women to justice and to incarcerate them in conditions which make it possible to envisage reintegration in the long term”, specifies James André.

Under these conditions, should we expect other large-scale repatriations in the coming months?

"I remain cautious but I find it hard to see now how France could proceed differently," slips Patrick Baudoin of the LDH.

>> To see: Pascale Descamps: "We let my daughter die slowly in Syria"

"We must now repatriate all of these children who have been living in dramatic conditions for years. This is a political position because legally everything requires repatriation", assures Marc Bailly, lawyer for families of children who have left for France. Syria.

"The masks have definitely fallen. We have made many pretexts of operational elements which prevented a massive repatriation of these families. We see today that the State has the capacity to act and we do not see what could justify a break in equality between repatriated families and the others", assures Vincent Brengarth.

According to estimates, around 80 jihadist wives and 200 French children were still being held in camps in northeastern Syria, ahead of Tuesday's repatriation.

"From now on, the government must move quickly. Every day counts for these French children", pleads Raymonde Poncet.