Amid internal protests against the establishment of the Ministry of Public Administration and Security's new police department, Minister of the Interior and Safety Lee Sang-min criticized the collective action of the Police Workers' Council as a 'political act'. 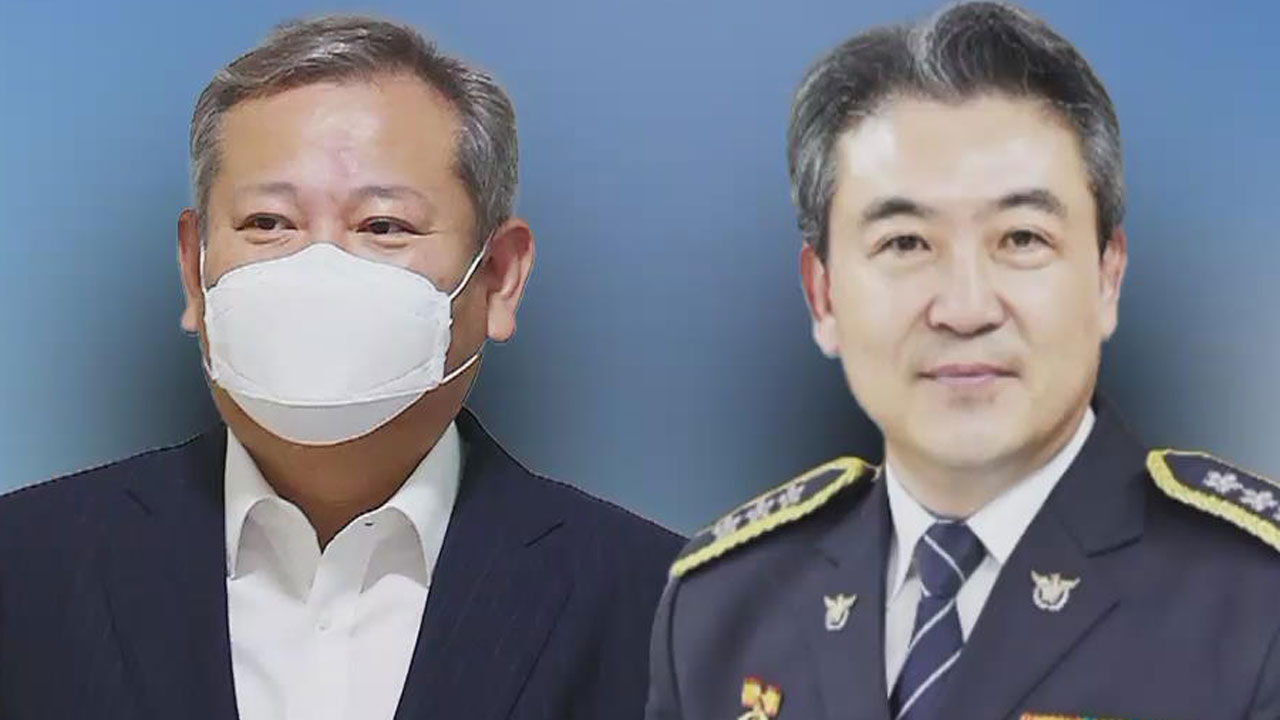 front of the Ministry of Public Administration and Security in Sejong City, incumbent policemen continued to fight for their haircuts and hunger strike today (the 5th).

From now on, we plan to shave three people every day for relay haircuts.

[People Kwan-ki/Chairman of the Cheongju Heungdeok Police Station Workplace Council: To protect the values ​​of democracy, freedom and human rights, we strongly oppose the establishment of a police station and begin to shave and fast.]

Regarding these collective actions of front-line police officers, Minister of Public Administration and Security Lee Sang-min said, 'Some opposition parties It is a political act that seems to be riding on the sidelines of the

[Lee Sang-min/Minister of Public Administration and Security: I do not think the direct action is so pure.

(New Police Department) The police department is also claiming to have a very severe gang gang gang meeting, but that's why I have a political intention.]

And he said that it was better to listen to the voices of the scene rather than talking to the direct association, and in the afternoon, the Sejong Nambu Police Station visited

In the future, the official appointment of the president is pending after the National Assembly personnel hearings.

This is a super-high-speed promotion that has risen by two ranks in half a year, but it is evaluated that political sensibility and rich work experience were emphasized in a situation of severe internal backlash and confusion.

Candidate Yoon said that in relation to the controversial 'establishment of a police station', police control and neutrality should be compatible, and through consultations with the Ministry of the Interior and Safety, the opinions of the police will be reflected as much as possible.