Algeria exhibited military power on Tuesday in a grand parade without precedent in the country since the late 1980s. It thus celebrated its 60 years of independence and launched... 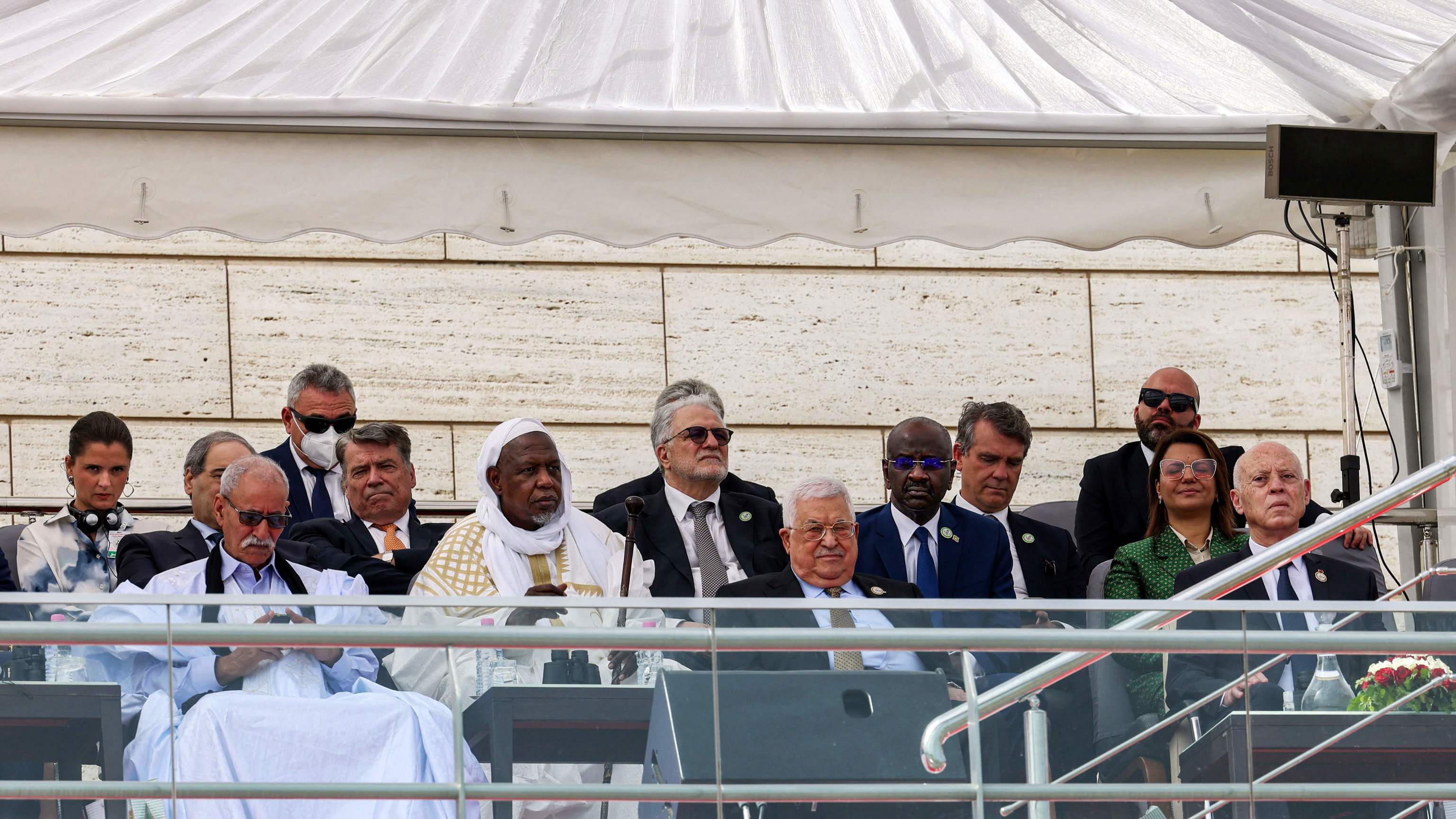 a grand parade unprecedented in the country since the late 1980s

In this way he celebrated his 60 years of independence and launched two forceful messages, in a context of regional tension and in the midst of a diplomatic crisis with Spain due to Pedro Sánchez's position of favoring the Moroccan autonomy plan for Western Sahara.

The first message, in an international key, is to let your rivals know that

your army is prepared with the most sophisticated weapons

In the last year, the always problematic relationship with its neighbor, Morocco, with which it broke diplomatic relations last summer, has drastically deteriorated.

In addition, the regional context is threatened by violence in the Sahel and in Libya, whose borders are shared by Algeria.

The second message, internally, is to give an

image of unity and cohesion

once the popular protest movement that emerged in 2019 and caused the fall of the regime of President Abdelaziz Bouteflika has been suffocated.

As a gesture of reconciliation, the Algerian Parliament is preparing a law to amnesty the prisoners of the Hirak, as the civil protest is known.

Currently 266 people are in the dungeons of the regime for expressing their opposition.

and the national anthem, the spectacular military procession began, in which the president, Abdelmayid Tebune, and the chief of the Army General Staff, General Said Chanegriha, participated, parading together in a convertible Mercedes, staging the symbiosis between the military leadership and the civil State that characterizes Algeria since its independence.

The parade was conscientiously organized, with the aim of being the largest in the entire African continent.

The stars of the military delegation were the

and the BMPT-62 armored vehicles, seen for the first time since their last update, while the passage of the special troops drew applause from the gallery.

Two submarines and warships also participated from the sea that bathes the Bay of Algiers, according to local media.

More than 15 kilometers of route were closed to traffic

from Friday to Wednesday in the Algerian capital for the occasion.

A crowd followed the parade both on the street and from the balconies, adorned with flags.

Among the most prominent guests were the Palestinian president, Mahmud Abas, the Tunisian, Kais Saied, and the Nigerian, Mohamed Bazoum.

The face of the leader of Hamas, Ismael Haniye, and the foreign ministers of neighboring states, in addition to the diplomatic corps accredited in Algiers, including the Spanish ambassador, Fernando Morán, could be seen, according to Efe.

In the guest gallery, the leader of the Polisario Front, Brahim Ghali (left), the Palestinian president, Mahmoud Abbas (center), and the Tunisian head of state, Kais Saied.THAER GHANAIMAFP

Also in the rostrum of authorities, next to the Palestinian president, sat the leader of the Polisario Front and president of the Saharawi Arab Democratic Republic, Brahim Ghali, who was seen to recover his health, after in April 2021 he had to be

His arrival in Spain unleashed a crisis with Morocco that was settled in March of this year, with Sánchez's declaration recognizing Morocco's plan to integrate Western Sahara as a province within the Alaouite kingdom.

The pronouncement of the socialist president, a Copernican twist in the traditional position of Spain, however, caused Algeria to react by withdrawing its ambassador in Madrid and the Polisario protest in the form of suspending its contacts with the Government.

"These moments have profound significance. The Algerian people can see the development achieved by our army in terms of professionalism and mastery of technology," the Algerian president said during his speech.

, Algeria proclaimed its independence from France after 132 years of brutal colonization and eight years of war with the metropolis, which left hundreds of thousands dead.

Algeria was the only French colony on the African continent that had to pick up their rifles to untie their chains.

Since then, relations with Paris have been delicate.

That is why the letter sent by the French president, Emmanuel Macron, to his Algerian counterpart on the occasion of the anniversary, expressing his will to "reinforce the already strong ties" between the two countries, gained special relevance yesterday.

The trauma of colonization and the war of independence are still very present in the country, where the veterans of that conflict, the 'mujahidin', are still revered.

That explains why its combatant leaders were the ones who have led the future of the republic born six decades ago.

July 5 has always been celebrated with pomp in Algiers, but this custom ceased in 1989, when a process of political opening was opened that ended in

a decade of civil war

A whole generation of young Algerians has never known a military parade.

A tradition that now seems to be back.

In its precedents, the military exhibitions were held on both July 5 and November 1, the date of the first uprising against the French, in 1954. A first martial parade with the newly released independence took place on November 1, 1962 and was In the following decades, it became a way of

showing muscle to the world, in the midst of the Cold War

With the region enveloped in the threat of violence after the reactivation of the armed conflict in Western Sahara and the jihadist proliferation in the Sahel, the show of force is once again important for the oil state.

Especially against Morocco, with whom Algeria maintains

a rivalry for strength in the Maghreb

and a historical feud as a result of Western Sahara.

The exercise is organized jointly with the US and 7,500 soldiers from 12 countries have participated in it.

The two pillars of the Maghreb have been involved in an

for years to modernize their armies: Morocco, acquiring sophisticated weapons from the US, Israel and Turkey;

Algeria, buying from Russia and China.

They have the largest defense budget in the region, although Algiers exceeds Rabat in military spending, with 6.7% of GDP compared to 4.3%, according to 2020 figures from the Swedish think tank Sipri.