One week before the great political debate on the State of the Nation, the leader of the PP Alberto Núñez Feijóo gathers his deputies and senators to mark the... 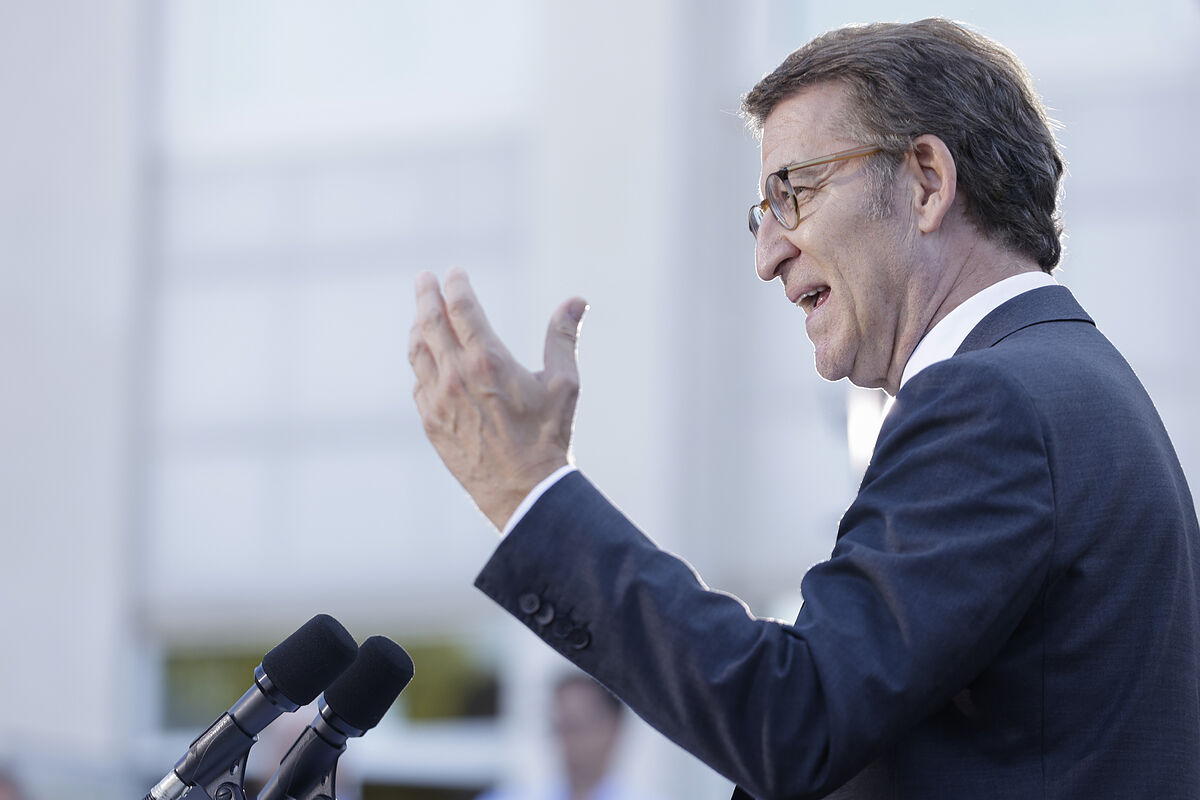 One week before the great political debate on the State of the Nation, the leader of the PP Alberto Núñez Feijóo gathers his deputies and senators to mark the fundamental lines of the party's strategy and face a stage in which the PP assures perceive the beginnings of a cyclical change and intends to demonstrate its ability to take over from power.

are going to deploy .

This has been specified by the leader of the party for whom it is essential that the disturbing international panorama has its "correlate at the national level" because it hits citizens hard, mainly low-income people while the Government obtains a "historic tax collection".

The Government applies a regressive tax policy by refusing to lower taxes and return to citizens what is collected above what was expected.

Within the framework of the debate on the State of the Nation, Feijóo has announced that he will continue to make proposals and will ask Sánchez to change his policies, starting by modifying the 2022 Budget currently in force but which does not match the real framework of the economy of the country;

work immediately on the Budget project for 2023, which must alleviate the slowdown in economic growth in Spain and face the new geopolitical situation derived from the war in Ukraine and the international commitments acquired by Spain.

For the leader of the PP it would be "dramatic" not to be able to approve the 2023 Budgets and to achieve this he has offered himself as an alternative "with a sense of state, moderation and stability" that responds to the "change of course" that citizens want.

Feijóo has also influenced the continuous internal clashes of the Government.

"They fight among themselves instead of fighting against the problem of the Spaniards", he has stressed, "while making the purchase has become an ordeal and electricity and gasoline are through the clouds".

"We are heading towards a deep economic crisis," he predicted, describing the country's situation as "very complex."

In his opinion, the creation of employment, the data that the Government prefers to display, "is already beginning to show signs of paralysis."

And given this, Sánchez "denies the evidence" and only accepts some of the opposition's proposals "late, badly and dragging".

Feijóo has insisted on the need to deflate the personal income tax rate, improve the execution of European funds, request the EU to temporarily suspend taxes on fuel and cut superfluous spending by the most expensive government in democracy.

Given this scenario, for the leader of the PP, the PSOE only reacts with "more sanchismo" and "ideological warfare."

The latest example of this attitude, for Feijóo, is the pact between the Government and Bildu to carry out the Democratic Memory Law in the same week that the 25th anniversary of the murder of Miguel Ángel Blanco is celebrated.

"What will be Sánchez's next objective?" He asked himself after reviewing all the cases of colonization of the institutions carried out by the Government and has warned that it is necessary to be attentive to the announcements made by the president in the next Debate on the state of the nation.

According to Feijóo, it is true that there are "very powerful people" who do not understand Sánchez's plans and those people are, he said, "the majority of citizens, millions of Spaniards who are fed up with a divided government that is only dedicated to resisting a few months more at any price".

The PP in contrast ensures that it will continue to offer proposals to "improve the limit situation of the Spanish".

"We will do it even if we get in the way", he assured before emphasizing that "the sense of state is in the PP, not in the Council of Ministers".

And at that point he has insisted on the pacts that he himself has offered Sánchez without even receiving an acknowledgment of receipt: renew the CGPJ by reforming the system of electing its members;

an economic plan to tackle inflation and a pact on foreign and defense policy.