Epidemics, empires and colonialism.. Hajj and Hijaz in the time of imperial rivalry in the 19th century

Michael Christopher Law in his book treats the Hejaz as a lost region between two empires, in the artificial academic division between the Middle East and South Asia. 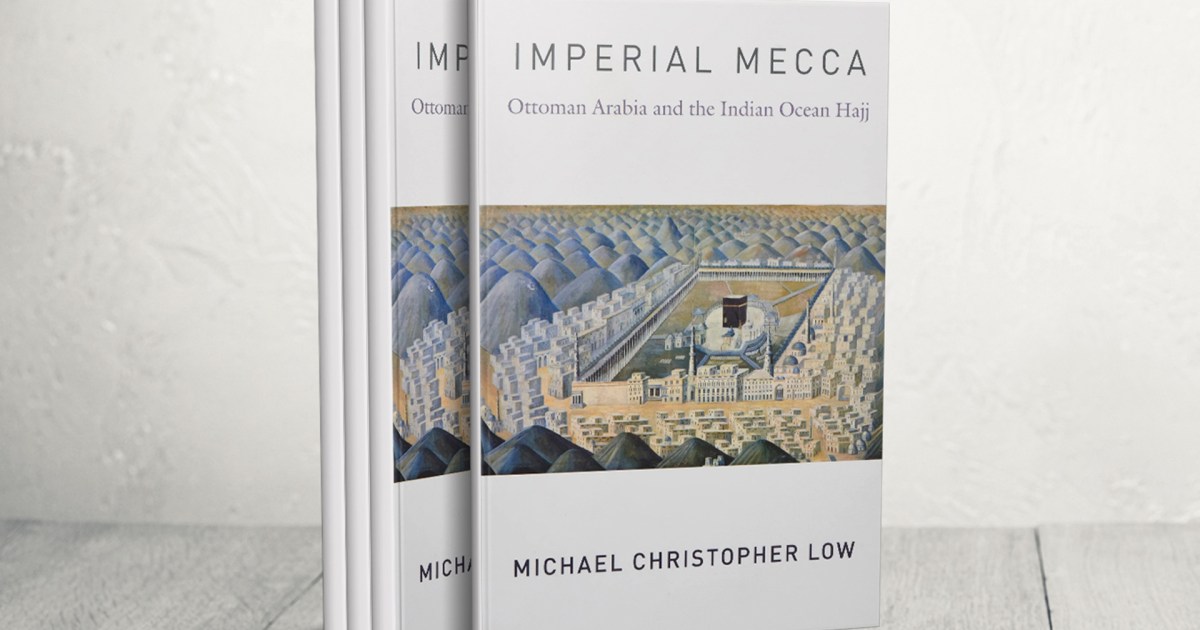 The Hejaz, which is the western part of the Arabian Peninsula where Mecca and Medina are located, was nominally under Ottoman sovereignty for several centuries. With the advent of steamships, the pilgrimage to Mecca became much easier but that transformation brought with it the globalization of epidemic diseases, especially with the frequent outbreaks of cholera.

European officials, particularly the British in India, feared that long periods of stay in Arabia might expose their Muslim subjects to the influences of anti-colonial activists.

In his report published by the Asian review of books, writer Farouk Hussein said that Michael Christopher Law - Assistant Professor of History at Iowa State University - in his recently published book entitled "Mecca under Colonial Rule: Arabia Under Rule". The Ottomans and Hajj from the Indian Ocean Regions, he addressed the Hijaz region as a lost region between two empires in the artificial academic division between the Middle East and South Asia.

The link was the emergence of the steamship and the increasingly interconnected nature of the Islamic world, whose main engine was the Hajj.

The author explains how the arrival of British colonialism in particular and European colonialism in general to these lands affected the change of the relationship of the Ottoman Empire with the colonial Muslims in India. He wondered whether the Indian Muslim diaspora who migrated or settled in the Hijaz was the Trojan horse that the British used to enter the region?

By acquiring the citizenship of colonial countries and the consequent other territorial legal claims, these foreign Muslims provided a pretext for European powers such as Britain and Russia to interfere in the affairs of Islamic holy cities.

Mecca Under Colonial Rule examines how this colonial factor led to a change in Ottoman rule in the Hejaz, and put pressure on the Ottomans to dissolve the traditional power-sharing between the caliphate in Istanbul and the nobility of Mecca.

In an interesting metaphor, the author describes how European colonialism reached the Ottoman-ruled Hejaz like a slacker on a steamer.

The writer mentioned that the tensions in the Hijaz were between a number of powers, specifically the British, the Sharif of Mecca and the Ottoman Sultan, as Hijaz was under Ottoman rule in a nominal capacity only.

Indian subjects of British nationality represented the largest diaspora community in the Hejaz and the largest group of pilgrims each year.

An Ottoman informant expressed his fear that these Indians would turn into a fifth British column to enable the British to seize the area.

For his part, the sheriff of Mecca organized guides for pilgrims from Jeddah, including caravans of camels, to ensure his financial interests, according to the book.

The Caliph's attempts to get rid of these guides were unsuccessful, and even the protector appointed by the British at Bombay was complicit in directing the pilgrims to the sheriff's men.

The Caliph knew that his hands were tied, as he said, "Any direct confrontation between the Ottoman Empire and the Sharifs would increase the possibility of the Sharif forming an alliance with a foreign power or an open conflict between the central government and Mecca that would create a violent crisis that might lead to foreign intervention."

In 1899, the Ottoman ambassador in Paris, Saleh Munir Pasha, said, "Even in the Hijaz, the British took some despicable measures and conspired to stir up sedition to separate the Ottoman Sultanate from the holy Islamic caliphate... The British are trying to sow the seeds of all kinds of strife and conflict in the Islamic lands... These have provided The information was telegraphed in detail... I have taken the necessary measures to uncover those involved in this conspiracy and to reach the truth of these diabolical plans."

The ambassador repeatedly warned that the British Empire was engaged in a comprehensive strategy of transferring the Ottoman Caliphate to the Sharif of Mecca and bringing the territory under the control of the British Empire.

It was believed that the British were planning to place the Hejaz, Nejd and Iraq under British protection and eventually turn these territories into colonies like Aden.

Given its sacred status, the Hejaz was never an ideal candidate for direct occupation by Britain.

However, Britain's work to establish an empire-wide pilgrimage bureaucracy represented a real challenge to the legitimacy of the Ottoman Caliph as the "sole custodian" of Islamic holy sites and pilgrimage at the time.

Hajj in the time of cholera

In this way, the affairs of Muslims who perform the pilgrimage to Mecca have become the subject of "non-Islamic" international regulations, especially in light of the outbreak of cholera.

Steamship travel made the pilgrimage accessible to pilgrims of modest means, and Indian Ocean pilgrims accounted for nearly half of trans-oceanic arrivals in the 1890s, and Indians were the main carriers of cholera at the time, and in 1865, cholera wiped out between 15 One thousand and 30 thousand pilgrims out of a total of 150 thousand.

The epidemic spread widely as pilgrims returned to their homes, resulting in the deaths of more than 200,000 people in North America and Europe.

The British embarrassment of causing its citizens to spread this epidemic led to the development of the Yemeni island of Kamaran for quarantine, as Britain administered it at the mouth of the Red Sea and allocated it to Muslims wishing to enter the Arabian Peninsula for pilgrimage to Mecca and Medina.

But this imperialist interference in the affairs of Hajj did not end until 1957 with the adoption of quarantine facilities in Jeddah.

Currently, humanity is facing another deadly virus that first appeared in another densely populated Asian country.

This important study indicates that the late Ottoman Empire, which was vilified as the "sick man of Europe", was still fully capable of highly ambitious technological feats.

But technical reforms such as the extension of the telegraph and the development of the Hijaz Railway could not overcome the weakness inherent in the Hijaz's semi-autonomous relations with the nobility of Mecca and the Bedouin population in the region, according to the author.

As a result, according to the book, the calculated conservatism of the Ottoman Empire and its military inability to significantly alter the constitutional conditions for these relations undermined the dreams of modernization among Istanbul experts and technocrats.