Bathing bans in Malmö's ports do not stop bathing enthusiasts

Sunny and warm days in Malmö, the temptation is great for city dwellers to swim in the nearest water. But what is glorious can be both dangerous and illegal. At Glasbrukskajen in Limhamn, people bathe despite a bathing ban. 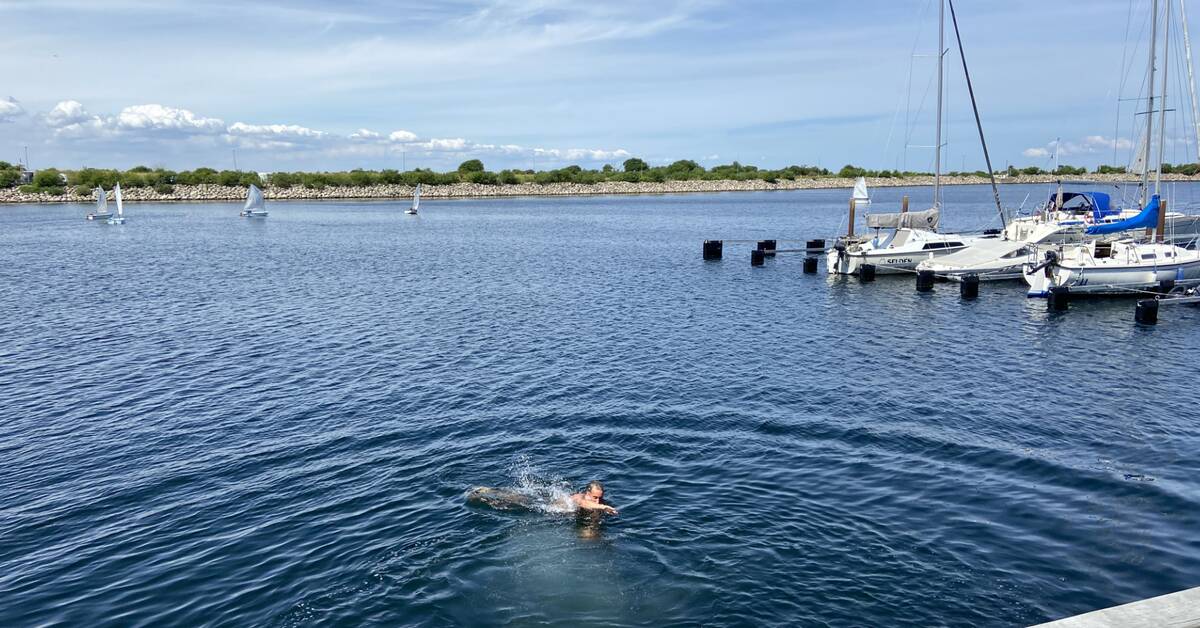 - Unfortunately it is not allowed.

It is a port area and the port administration does not allow bathing in the ports, says Jesper Hallberg, coastal engineer in the city of Malmö.

Why not get it?

- There is a lot of boat traffic, there is spontaneous and temporary pollution from boats.

But this is also a fenced area so water turnover will be very poor in relation to how much stormwater wells and discharges come out in this water area, he says to SVT Nyheter Skåne.

Jesper Hallberg, coastal engineer in the city of Malmö.

According to the local rules and regulations for the port of Malmö and the northern port of Limhamn, where Glasbrukskajen is included, bathing bans apply within the port areas unless the port traffic organization announces otherwise.

Anyone who intentionally or through negligence violates the prohibition can be sentenced to a fine in accordance with Chapter 3, Section 22 of the Public Order Act.

But despite the fact that it is forbidden to swim from Glasbrukskajen in Limhamn, there are many who still can not help but jump in.

- We are eager to swim the way we want to, says Daniel, one of the sunbathing young people on the quayside in Limhamn.

Are you not afraid that there is something toxic in the water?

This is the Sound, he says.

- I understand that you bathe when the temperatures rise.

If you are lucky, nothing happens.

If you are unlucky and it would be a temporary pollution or that a boat comes nearby, you can be injured, says Jesper Hallberg.

According to him, there is great interest in the city of Malmö developing its old industrial ports into new bathing sites.

- It is clear that we are working hard to try to get it in place.

But it is one thing to build a bathing place and to solve it technically.

Another thing is to be able to manage it.

Would it be possible to turn this into good bathing spots?

- I'm an engineer, so anything is possible!