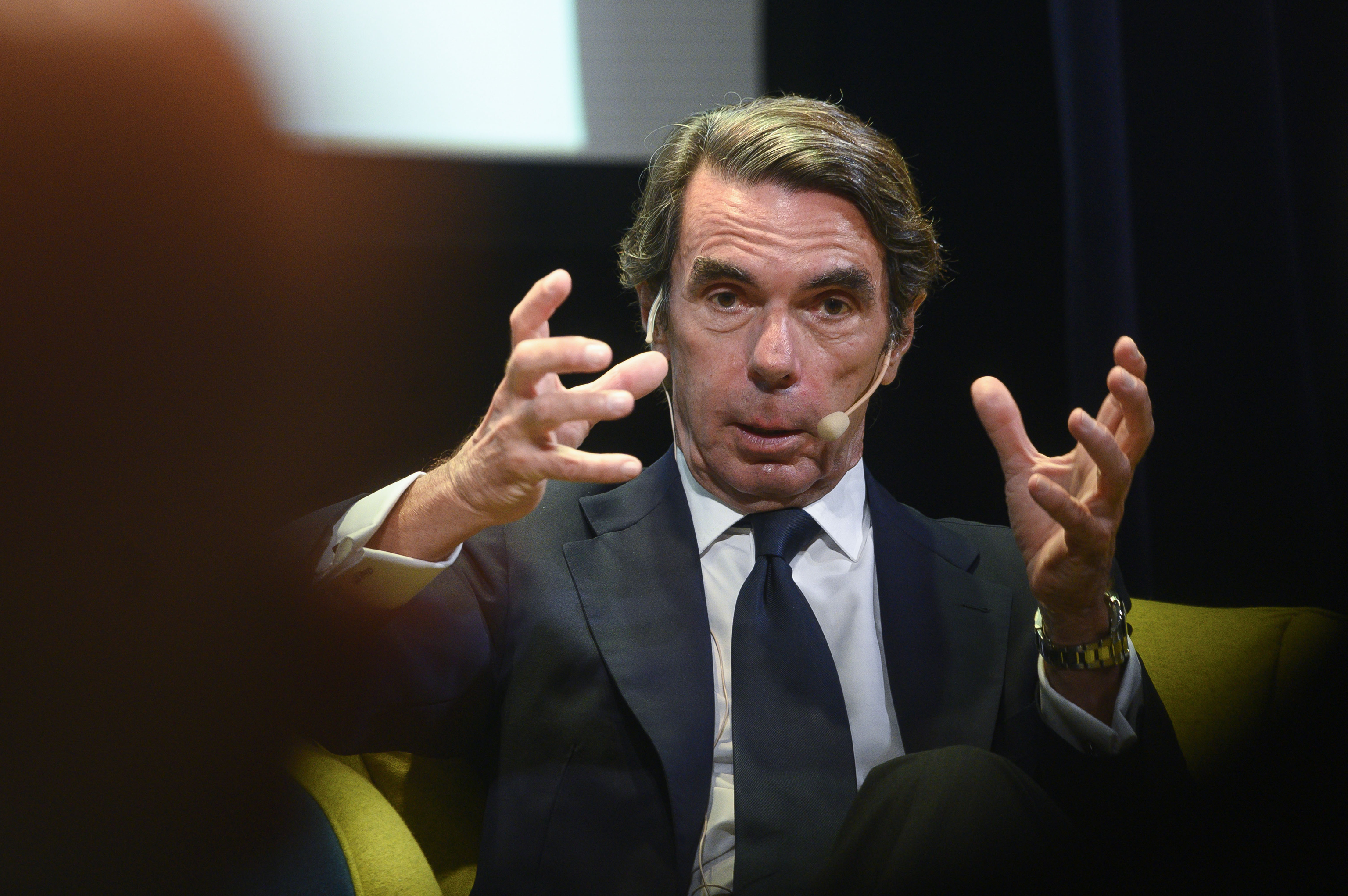 "nonsense", the opinion of which went ahead yesterday in the

-thanks to the support of EH Bildu, PNV and PDeCAT together with PSOE and United We Can-, among other things because it is a project "made and agreed with terrorists".

Aznar took part this Tuesday in a meeting at the

in which he addressed the Government to convey that "there cannot be two loyalties".

"Either you are loyal to the

, or you are loyal to

, but you cannot be loyal to the Constitution and Bildu."

An affirmation that has obtained the applause of the public, among which were a good part of the

In the opinion of the former president, "it cannot be" that at the same time the Constitution be defended and a Democratic Memory project be approved, which is "nonsense."

For example, he has referred to the point of the law that marks that victims of human rights violations will be recognized until 1983, which includes the first year of the Government of Felipe González n-who became President in October 1982 -, who precisely preceded Aznar this morning at the UIMP in this

Dialogue meeting with the former presidents

and said that the Executive's agreement with Bildu for the new law "sounds good" to him.

"When a government like the current one agrees with the group that represents terrorism, that crimes be investigated until December 1983, five years after the Constitution was approved, at a time when the predecessors of the current government itself were already in government, I sincerely believe that this means having a very messy house", Aznar has sentenced.

in that context, in which he believes that, to be a great power, the country first has to have "the house politically in order", for which "respect for the Constitution" is required.

Thus, he has indicated that currently Spain "is not as organized as possible" due to problems such as separatism, around which he has opined that the nation is "politically weak", but "it is not socially broken".

In line, he pointed out that Spain is "a great power from the cultural point of view" and a "very attractive" country to attract talent for its quality of life.

However, he has lamented that more than 80 million people in the

speak Spanish, and while "here we have problems for children to learn to speak it", for what he considers that "sometimes we unnecessarily harm ourselves".

"Spain has many possibilities, many opportunities," said Aznar, who believes that what should be done is to put those future challenges on the table and "face them" instead of "looking back and trying to hit us again as if the keys to what we have to solve could come from there".