For several weeks, the Netherlands has been facing a major movement of farmers angry at the government's plan to drastically reduce the Dutch herd in order to fight… 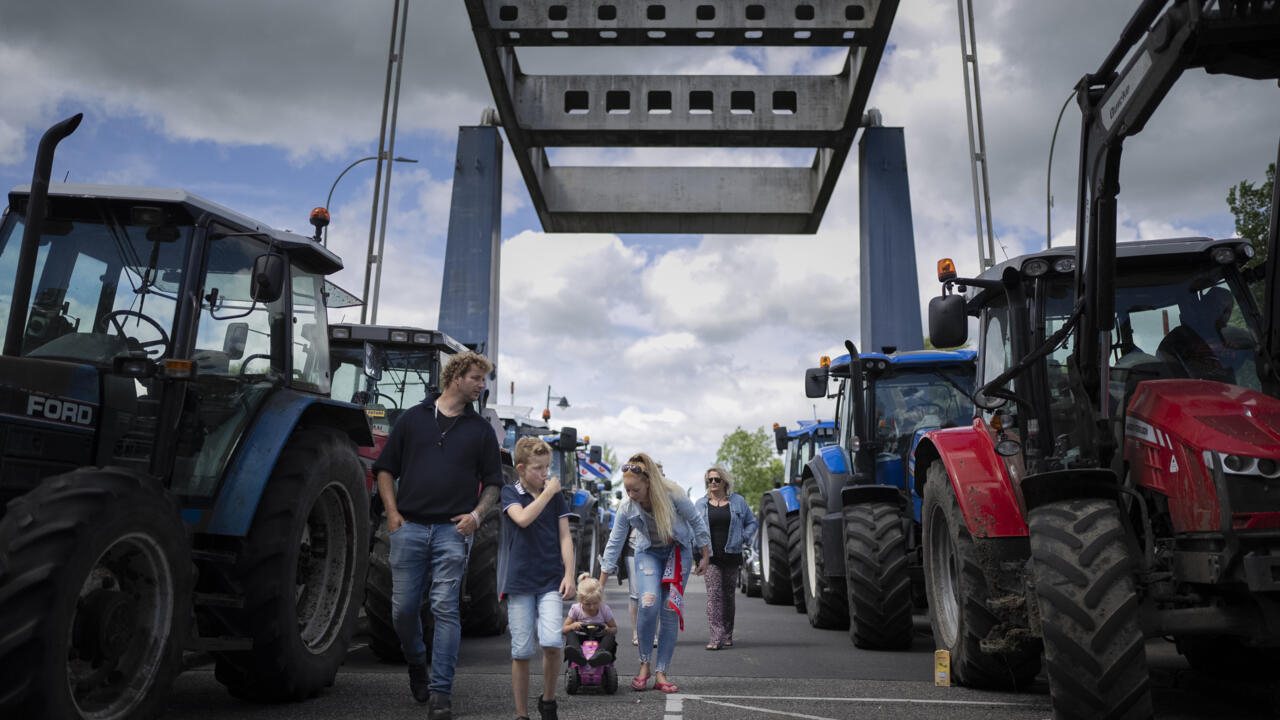 For several weeks, the Netherlands has been facing a major movement of farmers angry at the government's plan to drastically reduce Dutch livestock in order to combat ammonia and nitrogen oxide emissions.

On a big day of punchy action, they caused a lot of disruption.

In front of the entrance to the MediaPark in Hilversum, the headquarters of many Dutch media, Jan-Peter van Herk is grilling

on a huge barbecue installed on the trailer of his tractor.

He says he himself raised the cow from which comes the meat distributed to the few dozen demonstrators present here.

This cow was called Fikkie.

We took good care of her and she gives it back to us,

It is very important for me to demonstrate here today because the future of our farms depends on it.

Elsewhere in the country, farmers have wreaked havoc by erecting roadblocks on highways and in front of distribution centers of supermarket chains.

They denounce the government's plan to drastically reduce Dutch livestock in

And thus protect the natural areas of the country.

If I managed my farm like the government manages the country, I would have already gone bankrupt ten times

According to these protesters, the government wants to sink the Dutch agricultural sector while sparing the country's other big polluters.

Furious, the farmers had promised to block Schiphol International Airport on Monday.

But faced with the presence of numerous armored vehicles of the military police, they have given up on it for the moment.