An article on a British site: Muslims of India... Will the dangerous scenario of Rwanda be repeated?

In an article published by the British "Middle East Eye" website, journalist CJ Werlman warned that about 200 million Indian Muslims live in an unprecedented and imminent danger of repeating the Rwanda scenario against them in India. 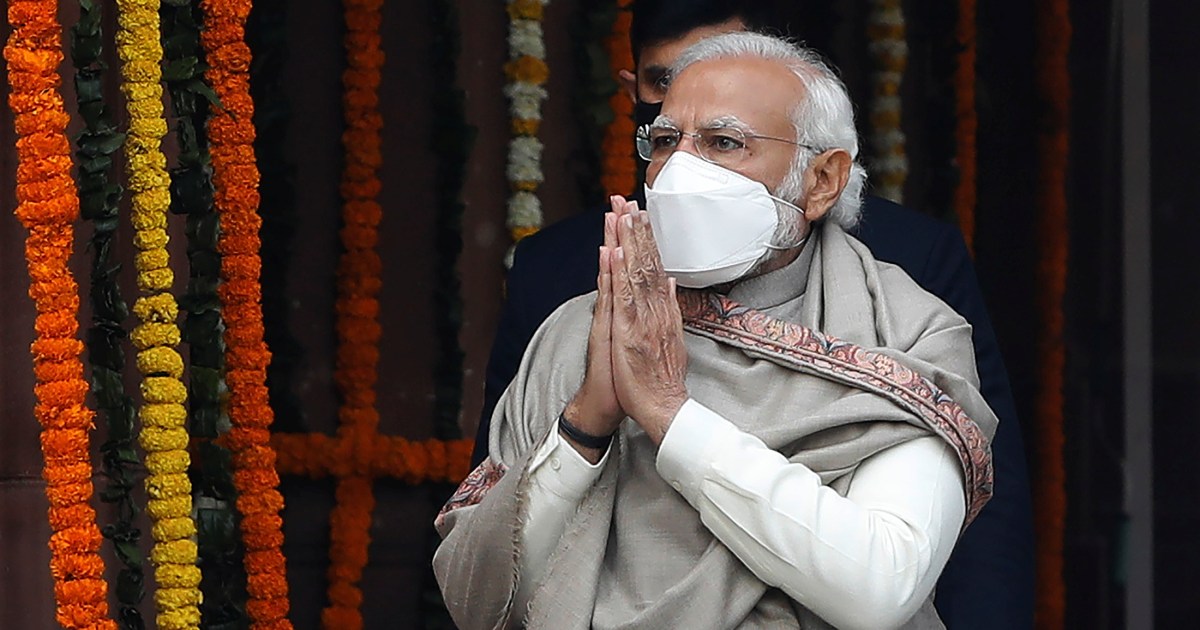 CJ Werlman, a journalist specializing in the field of wars and terrorism-related files, warned in an article published by the British "Middle East Eye" website that about 200 million Indian Muslims live in an unprecedented and imminent danger of repeating the scenario of what happened in Rwanda against them.

The writer stressed that the reasons that made the founder of "Jenoside Watch" George Stanton predict the occurrence of genocide against Muslims in India, as he expected genocide in Rwanda before it occurred, are many and are hardly hidden from anyone.

He said that the government of Indian Prime Minister Narendra Modi is following a path similar to what happened in Rwanda in the early 1990s, when a single incident, the downing of a plane carrying Hutu President Juvenal Habyarimana, caused a genocide against the Tutsi tribe.

According to the writer, the echoes of what happened in Rwanda are echoing today and strongly in India, where the propaganda that shows Muslims in the form of invaders against the interests of the country has intensified, with any incident being exploited to perpetuate these accusations and intensify propaganda for them.

The writer said that the fears intensified after the kidnapping and killing of a Hindu tailor by Indian Muslim citizens last week. The criminal incident began to be used to strengthen propaganda against Muslims, stigmatizing them as terrorism and hostile to India’s interests, and trying to link them to the interests of foreign countries, especially Pakistan, which are the main propaganda elements that enabled Modi to come to power and dedicate his presence to it.

The writer explained that Modi knows very well that nothing unites Hindus in the country like the imagined threat from Pakistan, and he tries to exploit every small or big incident to link it with his arch-neighbour, even the death of the tailor.

The writer adds that many experts have warned that the genocide of Muslims in India may begin at any moment, noting that this may depend on actual facts that are manipulated and funded by the businessmen of the beneficiaries.

The writer emphasized that the Modi regime clearly promotes its thesis, and silences any other opinion, as Muslim journalists are not only silenced, but imprisoned simply for doing their job, or even publishing tweets critical of the government.

The government took the initiative to describe the Khayyat killing as a “terrorist incident” (not criminal), and the writer emphasized that it did not intend to use this term to describe hundreds of attacks by Hindu extremists against Muslims in the eight years of Modi’s rule, in addition to that 91% of hate crimes were committed against Muslims. Muslims in the early period of Modi's rule.

The writer mentioned that the Editors Syndicate in India last month criticized the pro-government media for its "irresponsible behavior" that deliberately creates conditions to target "minorities", and compared it with Radio Rwanda, which was the cause of the spread of hatred, noting that some Indian channels that want to Raising its viewership uses tactics inspired by Radio Rwanda, which caused a terrible genocide through propaganda and sectarian charging.

The writer said that the atmosphere is congested and the sectarian tension is at its height, noting that the matter only needs a small spark, and the unwanted explosion occurs, and gave an example of what happened in February 2020 when an incendiary speech by a minister from the Bharatiya Janata Party caused massacres against Muslims, which were killed As a result, hundreds were killed, burned and killed over a period of 6 full days.

The writer re-talked about the incident of the killing of the Hindu tailor, and said that thousands of Hindu nationalists went out in indignant demonstrations in which they raised slogans calling for the extermination of Muslims.

He stressed that only sober minds can spare India the logic of genocide, but he made it clear that the Modi government lacks these minds, and he himself has never condemned a single incident of sectarian violence or hate crimes, but rather the United States holds him responsible for incitement against Muslims in Gujarat in 2002, which caused hundreds of deaths.