Almeida's 10 projects for Madrid in the last year of his mandate: from the financial district in Madrid Nuevo Norte to the sports city of Wanda

What was presented as the State of the City Debate ended up becoming a battery of announcements by the mayor of the capital, José Luis Martínez-Almeida. Because during... 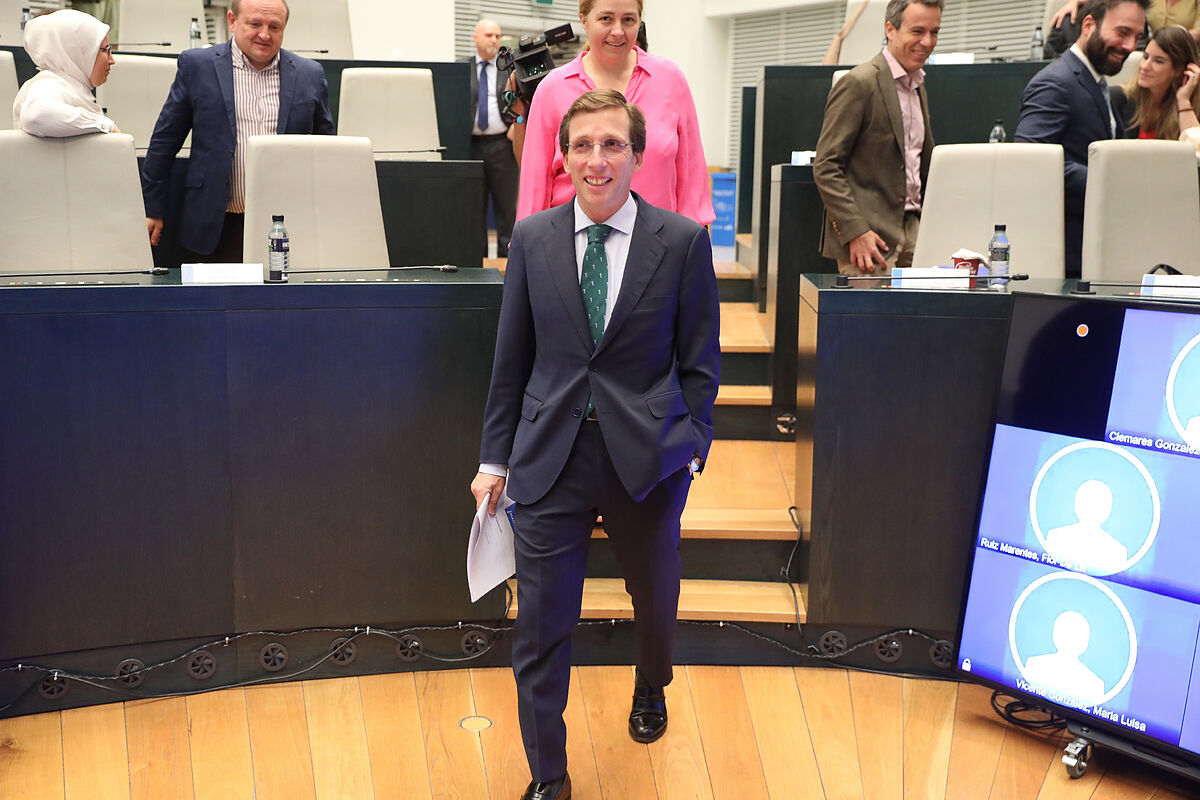 What was presented as the

State of the City Debate

ended up becoming a battery of announcements by the mayor of the capital, José Luis Martínez-Almeida.

Because during more than an hour of intervention, the alderman broke down up to

Among them the creation of a

for the capital, which will integrate

the immediate transfer of the five plots, which make up the Olympic ring, to

so that it can develop its sports city together with the Wanda Metropolitano;

, or the installation of new

in the Plaza del Dos de Mayo, in Malasaña, and in Plaza Elíptica.

"Madrid is one of those few places in the world that is better off in 2022 than in 2019 after passing a pandemic," said Almeida, who highlighted

and "work in unison" as "key" of the City Council and the Community of Madrid.

And the alderman did it before the president Isabel Díaz Ayuso, present for the first time in a Debate on the State of the City, during the intervention of the first mayor.

The mayor began his battery of announcements pointing out that the municipal government will submit to the Plenary of Cibeles the modification of the organic regulation of the Plenary to create a 22nd district in the city: the

, which will include the Five Towers and Madrid Nuevo Norte.

A proposal, already raised in Carmena's stage, which, according to what he indicated, will expand "Madrid's ability to

a message to investors

of exponential growth", remarked the councilor before giving way to his second project: the

reform of the surroundings of Santa María de the head

Although the councilor assured that there, in the vicinity of the Atocha station, a

would be installed , in the Works Area they affirm that the measure will not be such, that remodeling works will be carried out to gain space for the pedestrians, but it will not be ZBE.

Thus, the club will be able to develop its sports city in the surroundings of the Wanda, a project that has been stopped for years and that will involve an

euros by the rojiblanco club, which also includes sports facilities in the two remaining plots for the district of San Blas Canillejas and the creation of two exit accesses from the Barrio de las Rejas to the M-40.

In addition, the mayor also remarked that at this end of his mandate

, remodeling works will be carried out on the Jacinto Benavente, Ministriles and Guardia de Corps squares

, in Centro and Moncloa;

the creation in October of

the Landscape of Light Interpretation Center

, taking advantage of the candidacy of the Prado-Recoletos Axis as a World Heritage Site, in CentroCentro;

the implementation of the

so that tourists bring together transport, gastronomic and cultural options in the same format, and the creation of a

, next to the Plaza de Tirso de Molina.

, which "will allow for the first time" that the service reaches the 21 districts of the capital.

Within this project, it is intended to increase the bicycle stations throughout the city from 258 to 620 and

before the end of the legislature.

For the final part of his speech, the councilor wanted to leave his proposals for two of the issues that have marked his three years in office: cleaning and security.

In the second of them, the City Council will continue with the installation of

in the street and in this it will be up to the Plaza del Dos de Mayo, in Malasaña, and the Plaza Elíptica, "two conflictive points" of the capital, according to Almeida defined them.

The Consistory, as explained, is also in talks with the Government Delegation to extend them to other districts such as Usera and Villaverde in the face

of "the problem of Latin gangs

In this area, the mayor stated that the new guardian agents that the Consistory will have will be assigned to the districts affected by the proliferation of these gangs.

will "harshly" punish behaviors such as drinking bottles or cleaning graffiti

That is why the Consistory will increase the sanctions in the first case from 600 to 2,000 euros for those who leave remains in the parks and up to 3,000 in those who make graffiti.

In this second area, a contract will be implemented so that SELUR is in charge of cleaning these with an increase of 150%, according to the figures given by the mayor.