Algeria celebrates with great fanfare the 60th anniversary of its independence this Tuesday, July 5. After laying a wreath at the Martyrs' Sanctuary in Algiers, President Abdelmadjid Tebboune spent… 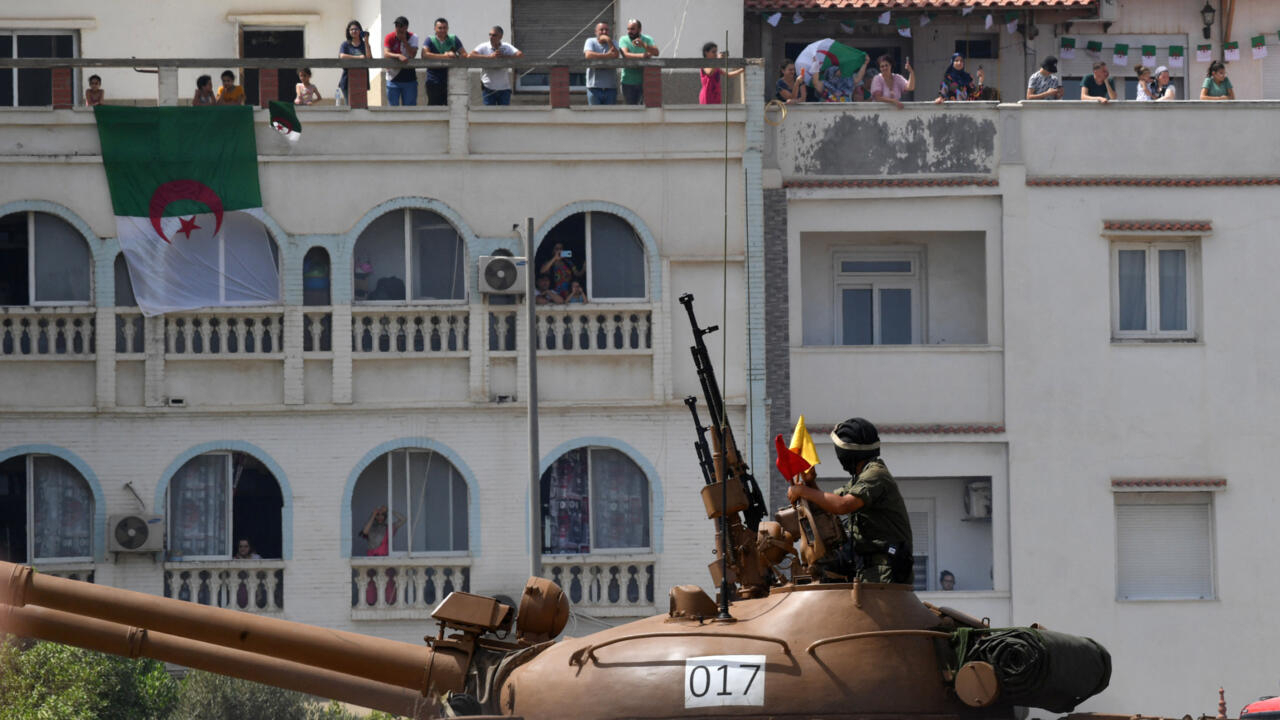 Algeria celebrates with great fanfare the 60th anniversary of its independence this Tuesday, July 5.

After laying a wreath at the Martyrs' Sanctuary in Algiers, President Abdelmadjid Tebboune reviewed units from several security services before kicking off a military parade on an unprecedented scale.

With our correspondent in Algiers

President Abdelmadjid Tebboune and his guests, including the presidents of Tunisia, Niger and Congo, left the official platform which was erected next to the great mosque on the RN 11 at the eastern exit of the capital.

The parade was attended by air, naval and land forces, the Republican Guard and formations representing military schools.

The Algerian army is largely equipped with Russian weapons, including the T-55 and T-90 tanks present in the parade.

► To listen also: Calls on the news - Algeria: 60 years of independence

Amid a heavy police presence, Algerians gathered en masse at Promenade des Sablettes to follow the parade, some carrying flags.

Some were taking pictures.

From surrounding buildings, families could be seen gathered at balcony level to watch the parade, the first in 33 years.

Some roads in Algiers have been closed for five days, causing a lot of inconvenience to motorists.

Algeria is a facade democracy, marked by strong repression, according to Madjid Benchir, former dean of the law faculty of Algiers.

The multiparty system replaced the single party system at the end of the 1980s. Even if the FLN remains today the party which has the largest number of seats in the National Assembly.

Dozens of parties are approved, but struggle to exist.

For Louisa Dris Aït Hamadouche, professor at the Faculty of Political Science in Algiers, these parties could not lead to a real political alternative.

She notes that since 2019, their margin of expression has been further reduced and that opposition voices are almost "inaudible".

The media and political parties are subject to pressure, sometimes to prosecution.

Several researchers believe that President Abdelmadjid Tebboune could not constitute an opening after the 20 years in power of Abdelaziz Bouteflika, of which he was minister several times.

Presidents come and go, says Madjid Benchir, but the system at the head of Algeria does not change.