Researchers at the Federal Institute of Technology in Zurich have developed a wearable device made of tissue that acts as an extra layer of muscle, to increase upper body strength and endurance for people with limited mobility. 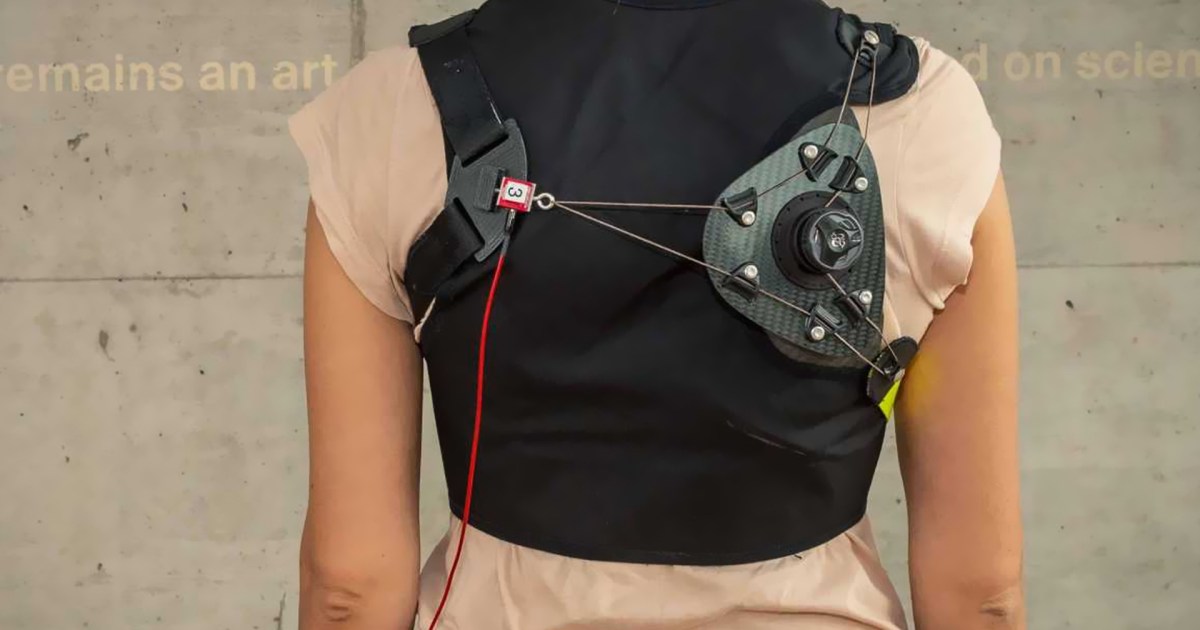 Researchers at the Federal Institute of Technology in Zurich have developed a wearable outer jacket of fabric that acts as an extra layer of muscle that they call "Exo Muscle".

Researchers aim to use it to increase upper body strength and endurance in people with limited mobility.

“My arms simply got weaker,” says Michael Hagman, who suffers from a rare form of Bethlem myopathy in 2016, which leads to poor movement and the ability to press.

“Although hospitals have many good treatment devices, they are often expensive and impractical,” says Marie Gorgarakis, a former doctoral student at the Sensory Motor Systems Lab in Zurich. Technical means that patients can use directly in their daily lives and benefit from it to help perform exercises at home.”

"We want to bridge that gap," Gorgarakis adds.

This idea led to the creation of the MyoShirt, a soft outer layer that can be worn over the upper body.

These arm-cuffed jackets are accompanied by a small box containing techniques not used directly on the body.

A smart algorithm, via sensors embedded in the fabric, detects the intended wearer's movements and the amount of force required.

The motor then moves a wire in the fabric that runs parallel to the wearer's muscles - a type of artificial tendon - and in this way supports the desired movement.

This assistance always corresponds to the user's movements and can be customized according to his individual preferences.

The user always controls the device at any time.

The researchers recently tested this prototype for the first time in a study of 12 participants (10 without any physical disabilities, one person with muscular dystrophy, and one with a spinal cord injury).

The results were promising, as all participants were able to lift their arms or objects for longer thanks to the Exo Muscle prototype.

The vast majority of participants found the device easy to use.

However, the product takes time to be ready for the market. “In the next stage, we want to test our prototype outside the lab in the natural environment of future wearers and use the results to further improve it,” says Michel Zeloyannis who also works at the Sensory Motor Systems Laboratory and is doing research for the project. May T-shirt.

In order for the device to be worn comfortably and hidden under the person's clothes, its size and weight must be reduced further, as the operator and control box currently weigh 4 kilograms.

The researchers want to reduce the size of the product by focusing on one primary function - supporting the user's shoulders when raising their arms.

"What I especially like is how researchers develop their ideas iteratively in collaboration with potential users," says Hagman, who has already helped test several tech aids in the Sensory Motor Systems Laboratory.