Surrounded by a certain secrecy, Staffan de Mistura has embarked on his second tour as UN special envoy for Western Sahara. The diplomat emphasized this end of... 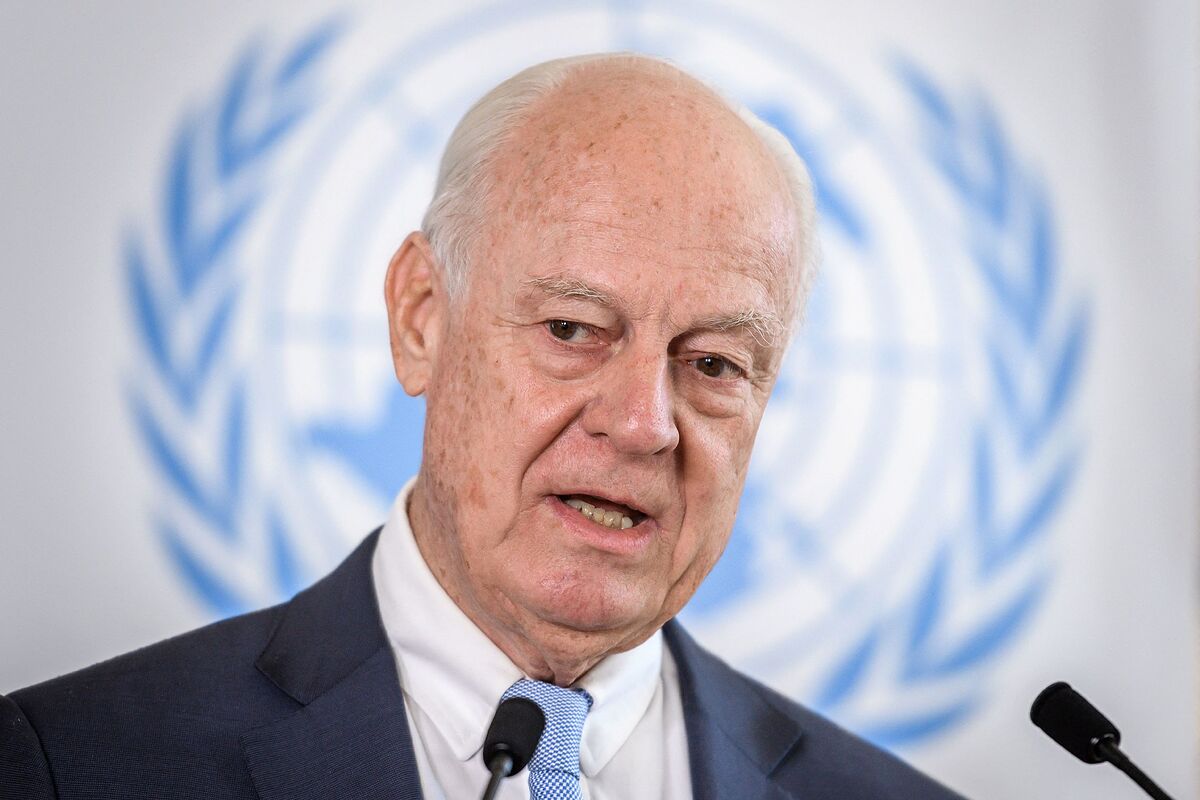 Surrounded by a certain secrecy, Staffan de Mistura has embarked on his second tour as

The diplomat arrived this weekend in Rabat to meet with the Moroccan authorities and was also expected in the annexed territory, although he had not disclosed his travel schedule.

After two days of waiting, De Mistura was finally forced to give up his stopover in Western Sahara on Monday.

De Mistura "has decided not to proceed with a visit to Western Sahara during this trip, but hopes to do so during his next visits to the region," the UN justified in a brief statement

The new visit to the area did not include, however, a stop in Algiers or in the Saharawi refugee camps in Tindouf, run by the Polisario Front.

As the weekend wore on and Monday progressed, the growing silence anticipated what was happening behind the scenes.

There was no pronouncement by either the United Nations or Morocco about the meetings of the special envoy despite the fact that he had arrived in Rabat on Saturday aboard a Spanish armed forces plane, according to the tradition that Spain lends him the means of transport to the mediator.

Stéphane Dujarric, the spokesman for the UN Secretary General, had announced on Friday that De Mistura would travel to Morocco on Saturday to meet "with all the actors concerned in the region" and added that "he intends to visit Western Sahara", complying with "the clear precedents established by his predecessors".

, was to "advance constructively" towards a solution to the dispute.

The expectation is maximum regarding the work of the Italian-Swedish diplomat since he was appointed to this position, last October, after more than two years of vacancy.

, resigned in May 2019 given the impossibility of reaching a minimum consensus between Morocco and the Polisario Front during the negotiations to achieve a solution to the tangled conflict since 1975. As soon as he was appointed, the veteran negotiator met with the parties involved and in January he undertook his first tour of the region, when he visited Rabat, Algiers, Nouakchott and the Tindouf camps (located in the Algerian desert) with the intention of resuscitating dialogue.

This time, he intended to land in the territories of Western Sahara under the control of Morocco, the only enclave that he did not step on on his first tour.

This trip implies, as the Efe agency points out, the "go-ahead" of Rabat, which has even prevented visits by UN envoys or has imposed conditions on their meetings.

, UN special envoy for Western Sahara between 2009 and 2017, was the last negotiator who was able to hold meetings with pro-independence Saharawi groups in the territory under Moroccan control

But after his visit in 2012 he was vetoed by Morocco, which named him 'persona non grata' and he could not return to the former Spanish colony.

Ross ended up resigning, as have all the envoys who preceded and succeeded him.

condemned De Mistura's inability to travel to Western Sahara, which they attributed to a Moroccan decision.

"The UN reported today that the special envoy has decided not to proceed with his planned visit to Western Sahara. The Polisario Front deeply deplores that the obstructionism of the occupying State of Morocco has prevented the special envoy from visiting the territory," the Saharawi ambassador denounced before United Nations, Sidi Omar.

That De Mistura cannot conclude his current tour in Western Sahara, as initially announced, is

the first major setback to his mediation in the conflict

The negotiator had stated his intention to resume direct contacts between the opposing parties, which have not occurred since the 'Köhler era'.

But in this aspect there are great disagreements, starting with the format.

On the one hand, Morocco favors contacts through

in which they are represented, in addition to the Polisario, Algeria and Mauritania (both as observers).

A system that dilutes a direct dialogue with the Saharawi independence fighters.

On the other hand, Algeria informed the UN last October that it will not participate in round table negotiations, since it considers this method "counterproductive" and advocates bilateral negotiations between Rabat and the Polisario, which already took place during the Ross mandate.

Morocco has threatened not to participate in any negotiating round if Algeria is not present.

The context that the Italian-Swedish has before it, today, is quite different from that of its predecessors.

The recognition by US President Donald Trump, in December 2020, of Moroccan sovereignty over Western Sahara has caused a 'tsunami' in the dispute.

The shock wave reached Spain, which experienced a serious diplomatic crisis with Morocco until last March when President Pedro Sánchez recognized the integration of Western Sahara as autonomy within the Alaouite kingdom as "the most serious basis" to solve the problem.

A month before Trump's pronouncement, the Polisario Front had considered the Peace Agreement signed with Morocco in 1991 as finalized and therefore,

the ceasefire negotiated by the UN no longer applies

De Mistura finds himself in an active armed conflict, worsened by the increasingly bitter political confrontation between Morocco and Algeria.

A clash that is not exempt from military bravado.

While Rabat is chesting the international 'African Lion' maneuvers -co-organized with the US and with the participation of Israeli military observers- very close to the border with Western Sahara, Algiers is preparing to hold an unprecedented martial parade this Tuesday since the 1980s, on the occasion of the 60th anniversary of its independence from France.