The list of defaulters of the Madrid City Council: from the 8.4 million of the Government of Pedro Sánchez to the 13.2 of Arganda del Rey

The Madrid City Council closed 2021 with 45 companies and public administrations on its list of defaulters that owe it 83.2 million euros. Although most are companies... 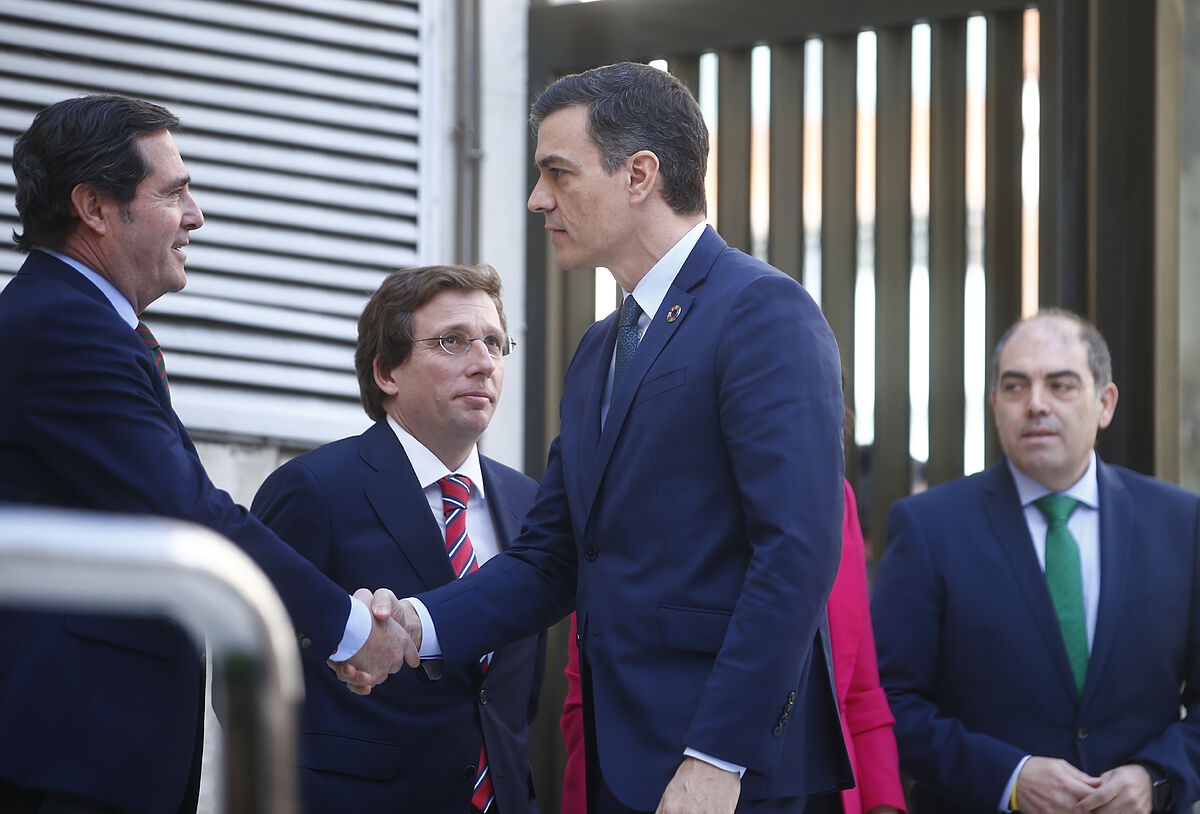 The Madrid City Council closed 2021 with

45 companies and public administrations on its list of defaulters that owe it 83.2 million euros

Although the majority are private companies, three are the Governments that have pending debts with the Consistory of the capital.

And all three are in the power of the PSOE: the central Executive, the City Council of Arganda del Rey and the Valencian Generalitat.

The Executive of Pedro Sánchez has a debt of 8.4 million with the municipal coffers

for not having paid the vehicle deposit fees in the City Council warehouses, which has risen by 700,000 euros from last year's balance and more than one million with previous.

Normally these are vehicles that the Consistory has collected and guarded by actions of the courts, the Civil Guard or the National Police.

As detailed in the Treasury Area, these are "debts in litigation before" on which "the collection procedure by way of enforcement has not been paralyzed."

Arganda del Rey with 13.2 million euros unpaid, which accumulates more than 15% of the total

The Consistory led by the socialist Pedro Guillermo Hita owes a large part of that amount for dumping its waste in the Valdemingómez landfill, which is owned by the municipality, but also for the disposal of urban waste or the removal of dead animals.

The situation of the Villa de Vallecas waste plant has been one of the historical claims of the municipal governments of the capital during the mandates of the PP.

In fact, on several occasions, both the mayor, José Luis Martínez-Almeida, and the delegate for the Environment and Mobility, Borja Carabante, have made reference to these debts in interventions at the Cibeles Plenary, discrediting them to the Socialist Municipal Group in the capital .

«The City Council has been providing these services for the benefit of the citizens of the municipality of Arganda del Rey.

And the City Council of Arganda has never paid the corresponding fee for the provision of these services, giving rise to the debt that is now published

», they detail in the department directed by Engracia Hidalgo.

the Generalitat Valenciana, amounting to 877,037 euros

, according to what is included in the list of the Treasury Area.

As in the case of the central Executive, these debts contracted by the Valencian Ministry of Justice and Public Administration are due to the fact that they have not paid the maintenance of vehicles in municipal deposits.

the three administrations accumulate 27% of the debts outstanding by the Madrid City Council,

which this year has 45 defaulters on its list, 24 more than last year.

This significant increase is due to a change in regulations regarding the consideration of debtors.

Before, the figure to appear on that list was one million euros, but with the application of the transposition of the European directive 2016/1164, executed since July 12, 2021, that figure has been reduced to 600,000 euros.

However, despite the growth in debtors,

the amount that third parties owe to the City Council of the capital is similar to that of 2020 and 14.9 million less than 2019

There are two who exceed 10 million, the aforementioned Consistory of Arganda and the company Comercial Mirasierra SA whose corporate purpose is focused on "the acquisition, exploitation and disposal of real estate".

Comparing with the list of delinquent last year there are 18 companies that repeat.

And most of those that are added are due to accumulating debts between 600,000 and one million euros due to the change in regulations.

In that range, 26 companies are included, to which should be added another 12 with debts between one million and two million

and five more that are between five and 10 million that have not yet been paid.

From the Treasury Area of ​​the City Council they insist that comparisons between different years should not be made due to the change in regulations.