Floor Leader Kwon Seong-dong met with reporters after the Supreme Council held at the National Assembly today and said, "I see it as an act of betrayal to the people to be in that position simply as a means of livelihood and job preservation." 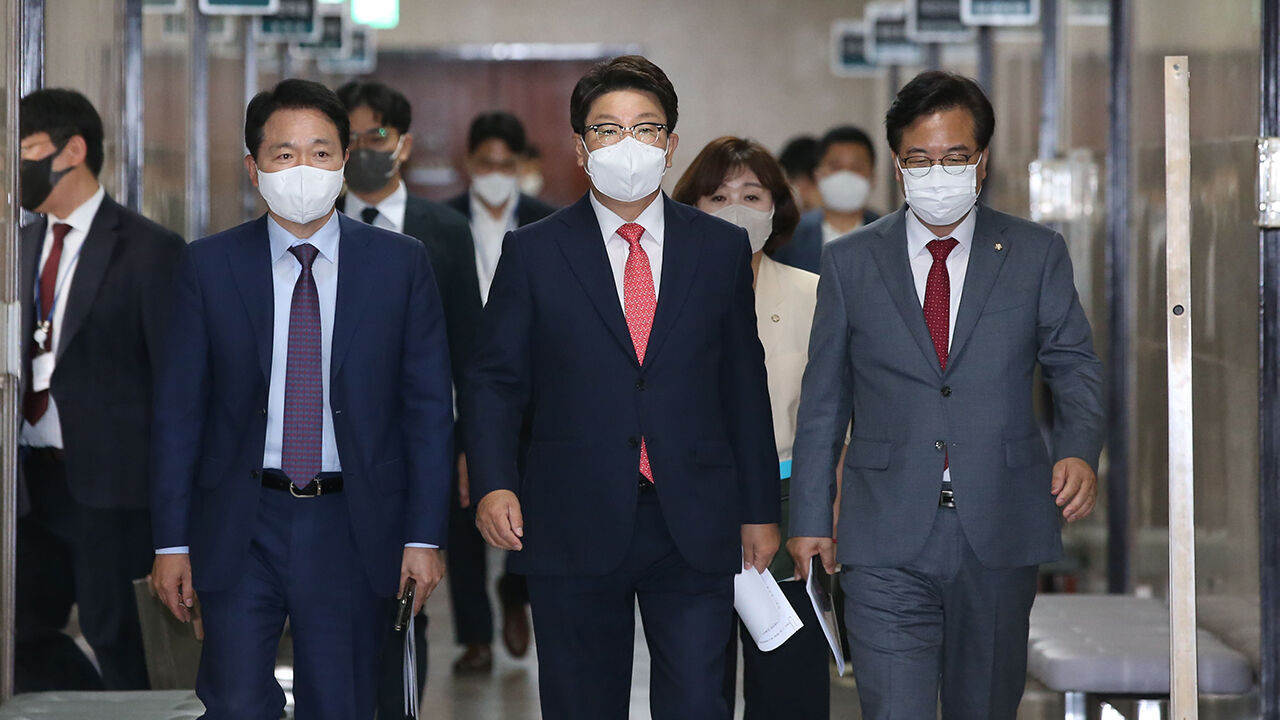 The People's Power urged ministers and heads of state-run research institutes appointed during the Moon Jae-in administration to resign, saying, "As a high-ranking public official, it is right to withdraw the idea of ​​working with a president whose philosophy and policy are different."

Floor Leader Kwon Seong-dong met with reporters after the Supreme Council held at the National Assembly today (4th) and said, "I see it as an act of treachery to the people to be there simply as a means of livelihood and job preservation."

He went on to accuse him of "seeing nothing but being there as a means of making a living."

"Last week, the Anti-Corruption and Civil Rights Commission requested an authoritative interpretation of whether the Moon Jae-in administration's response was appropriate in terms of protecting the rights of the people at the time of the '2020 West Sea Public Official Murder Case' and '2019 North Korean defector forcibly repatriated to North Korea,'" said Sung.

"I ask again whether the Moon Jae-in administration's driving of the Ministry of Oceans and Fisheries officials as defectors to North Korea was justified in terms of protecting the people's rights," said Sung, the chairman of the policy committee.

Previously, former Chairman Han Duk-soo reported on two lines of information about Prime Minister Han Duk-soo's work as an adviser at Kim & Chang Law Firm before taking office as prime minister, saying, "The prime minister, who should set the best example, provided poor data." They are in conflict with the current government officials, such as ordering a plan.