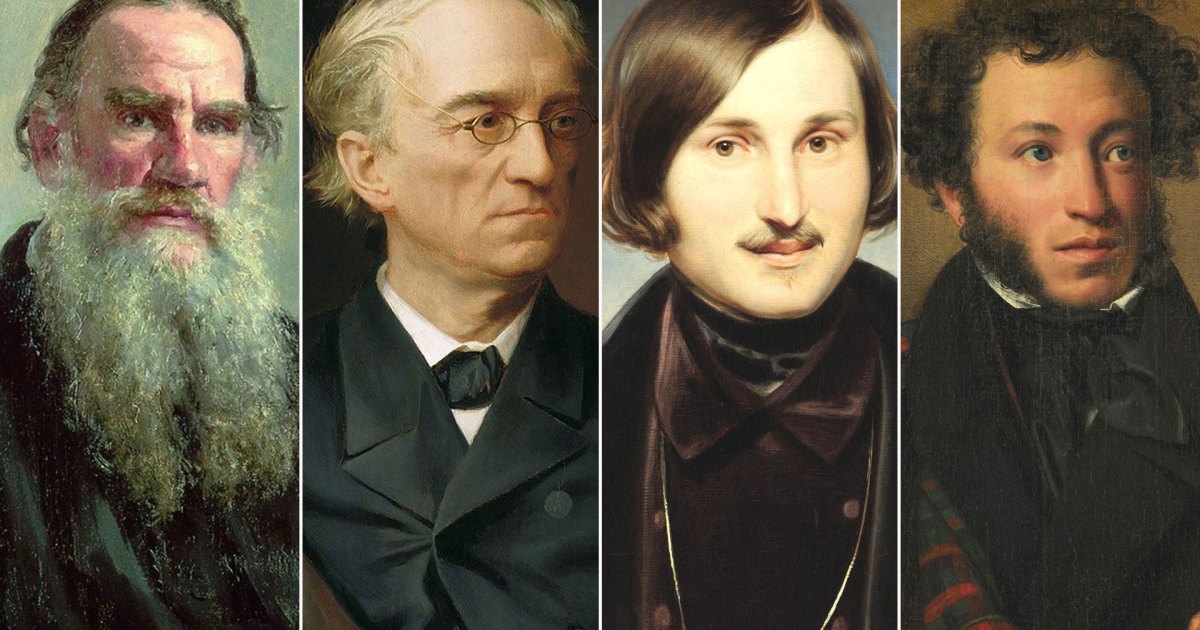 For decades or even centuries, classic Russian literature has been a mixture of profound human experience and national sentiment;

It is read comfortably, but against the backdrop of the Russian war on Ukraine, debate is increasing in Western countries about the way to deal with Russian literature, and opinions range from those who see imperial literature inciting "imperialism", expansion and conquest, and those who see it as peaceful human literature inspired by a unique experience.

Volodymyr Yarmolenko says - in his article published by the American magazine "Foreign Policy" - that behind the romantic literature of the early 19th century, there was something else, the cold fist of empire, just as Mikhail Lermontov, the Russian poet of the 19th century, built an imperial perspective. Russia is colonial over the Caucasus;

The writer gives an example by Pushkin's Poltava poem, which deals with Ivan Mazepa, the Ukrainian leader who rebelled against the Russian Tsar Peter the Great and participated in the Battle of Poltava between Sweden and Russia, and was referred to by Russian President Vladimir Putin recently in a speech about the restoration of the territory of the Russian Empire.

For Ukrainians, Mazepa is a symbol of patriotic resistance against Russian domination, and it also reminds them of the breach of a 17th century treaty that preserves the independence of the Cossack people in exchange for loyalty to the Muscovites, but for the Russians at the time;

Any Ukrainian claim to autonomy was a betrayal, just as it is for Putin now, according to the writer.

The same idea was repeated in Russian writer Nikolai Gogol's famous historical novel about Ukraine "Taras Bulba." When the Ukrainian-born poet Gogol transformed his identity into that of an imperial Russian, he dedicated his talent to proving that all Ukrainian things are outdated and, most importantly, cruel.

There is always an alternative way of looking at things, the writer emphasized. A few years after Gogol and Pushkin had crafted their image of Ukrainian Cossacks as part of a ruthless, outdated past;

Came Taras Shevchenko, the Ukrainian poet, painter, and national hero, who told his countrymen that the primitive (and democratic) and anti-authoritarian spirit of the Cossacks was not a relic of the past but a herald of the future.

Shevchenko's view of the Caucasus was different from Lermontov's. For him, it is not a poetic spectacle;

Where Russian hegemony has erased historical romance, but it is a very dramatic scene when imperial violence produces rivers of blood, and where resistance is strong and relentless.

Whereas the Lermontov Caucasus was pure white and cold, free from human suffering, the Shevchenko Caucasus was stained with blood and immersed in humanity's fight for freedom.

And once you start researching Russian literature, you'll find it filled with imperial rhetoric, romantic conquest and cruelty, and silence about the consequences.

Even if the work is ostensibly sympathetic to the imperial self, such as Taras Bulba or Mtsiri;

This sympathy is a romantic notion of the subject's sad fate of eternal backwardness and oppression.

At the same time that European Orientalism was developing the image of African and Asian societies as having no history to be told, Russian literature was constructing an image of the Caucasus and Ukraine as societies whose violent history deserved to be forgotten.

The writer points out that the similarities with the policy of the Russian invasion today are deep and broad;

Pushkin's poem "To the Slanders of Russia" is a fine example of the anti-European pamphlets guiding Russian imperialism, and his treatment of the Polish uprising (1830-1831) resembles the Kremlin's current view of the so-called color revolutions in the former Soviet empire, where Pushkin openly threatens Europe with war. A line connecting Pushkin's ideology with today's neo-imperialist rhetoric, expressed by one of the Russian slogans during the now ongoing Russo-Ukrainian war, "We can repeat";

Where past wars of destruction and conquest are deliberately remembered to intimidate Russia's imaginary enemies.

In his article, the writer cites the celebration of Pushkin's contemporary Russian poet Fyodor Tyutchev - at the time of the European revolutions of 1848 - with the Russian Empire as a fortress of Europe, just like Russia today;

But other than this bleak picture painted by the American newspaper article of Russian literature, there are other faces of Russia's classic novels and poetry. No writer portrays the war in Russia more poignantly than the famous novelist and poet Leo Tolstoy, the former soldier turned Russia's most famous pacifist.

In his latest work, Haji Murad, which examines the effects of Russian colonialism in the North Caucasus, Tolstoy showed how the senseless Russian violence towards a Chechen village caused instant hatred towards the Russians, according to an article by writer Annie Kokopopo, an academic specializing in Russian literature at the University of Kansas for The Conversation website ( The Conversation).

The last part of his novel "Anna Karenina" was not published in 1878 because it was critical of Russia's actions in the Russo-Turkish war.

Konstantin Levin, Tolstoy's hero in that novel, describes the Russian intervention in the war as "murder", and believes it inappropriate to drag the Russian people into it.

In 1904, Tolstoy wrote a public speech condemning the Russo-Japanese War, which has sometimes been compared to the Russian war in Ukraine.

One can almost hear him screaming and telling the citizens of his country now: "Think of yourselves."

In one of his most famous pacifist writings in 1900, “Thou shalt not kill,” Tolstoy deeply diagnosed the problem of today’s Russia, and said, “The misery of nations is not caused by specific people, but by the special order of society in which people are so closely bound together that they all find themselves under The power of a few men, or often under the power of one, a man so perverted by his unnatural position as ruler of the fate and lives of millions, that he is always in an unhealthy state, and always suffers to some extent from the obsession of grandiosity.”

During the Russian famine of 1891-1892, Tolstoy began building kitchens for the poor to help his starving compatriots abandoned by the government.

He helped soldiers evade conscription in the Russian Empire, visiting and supporting imprisoned soldiers who did not wish to fight.

In 1899, he sold his last novel, Resurrection, to help a Russian Christian sect immigrate to Canada so that they would not have to fight in the Russian army.