Libya .. Dabaiba rejects any political maneuver to divide power and stresses that the solution is to go to the elections

Libyan Prime Minister Abdel Hamid al-Dabaiba said that his government rejects any political maneuver to divide power between people and parties, stressing that the only solution to the crisis in Libya lies in going to elections. 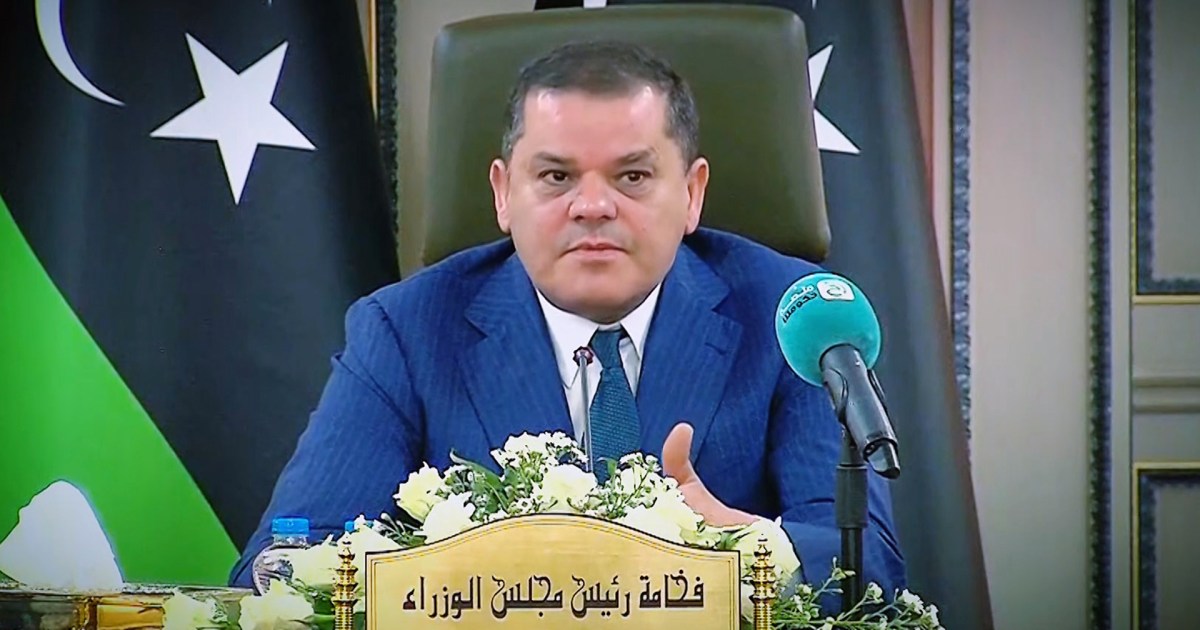 Libyan Prime Minister Abdel Hamid al-Dabaiba said today, Monday, that his government rejects any political maneuver to divide power between people and parties, stressing that the only solution to the crisis in Libya lies in going to elections.

Dabaiba added - in a speech he delivered during a government meeting in the capital, Tripoli, in which he addressed the demonstrations condemning the ruling political class and the deteriorating living conditions in the country, including electricity cuts - that his government was the first to raise the slogan "No to the extension."

He added that his government will not again accept the transitional stages, and that it is committed to handing over power as soon as the elections are held in the country, and accused some parties of seeking to monopolize power, saying that "managing the scene by one party, political party, party, force or city cannot happen."

With regard to the protests that took place in several Libyan cities in the east, west and south, which demanded the overthrow of all current political bodies and the organization of elections;

The head of the Libyan unity government said that his government was the first to call on the Libyans to come out and express their opinion.

However, Dabaiba stressed the need not to exploit the demonstrations by certain groups to create tensions by intimidating citizens, shooting, burning buildings or attacking institutions, pledging to maintain security.

The Libyan Prime Minister's statements come at a time when the French Press Agency said that activists canceled a demonstration that was scheduled to be organized today in Tripoli, for fear of sabotage.

A few days ago, demonstrators burned part of the parliament building in the city of Tobruk (eastern Libya).

Meanwhile, the oil crisis continues in Libya, as oil production has stopped in the entire oil crescent, east and southwest of the country.

According to the statement, the losses resulting from the closures exceeded 16 billion Libyan dinars (about 3.2 billion dollars) by the end of last June.

Regarding oil production, the Libyan National Oil Corporation said that it fell sharply, and daily exports ranged between 365 thousand and 409,000 barrels, a decrease of 865,000 from production rates in normal conditions, in addition to a loss of 90 million cubic feet per day of empty field gas, and about 130 million cubic feet per day from Abu Atfal natural gas fields.