In Georgia, a third major pro-European Union demonstration was organized on Sunday July 3 in Tbilisi, bringing together more than 25,000 people to put pressure on the government so that it… 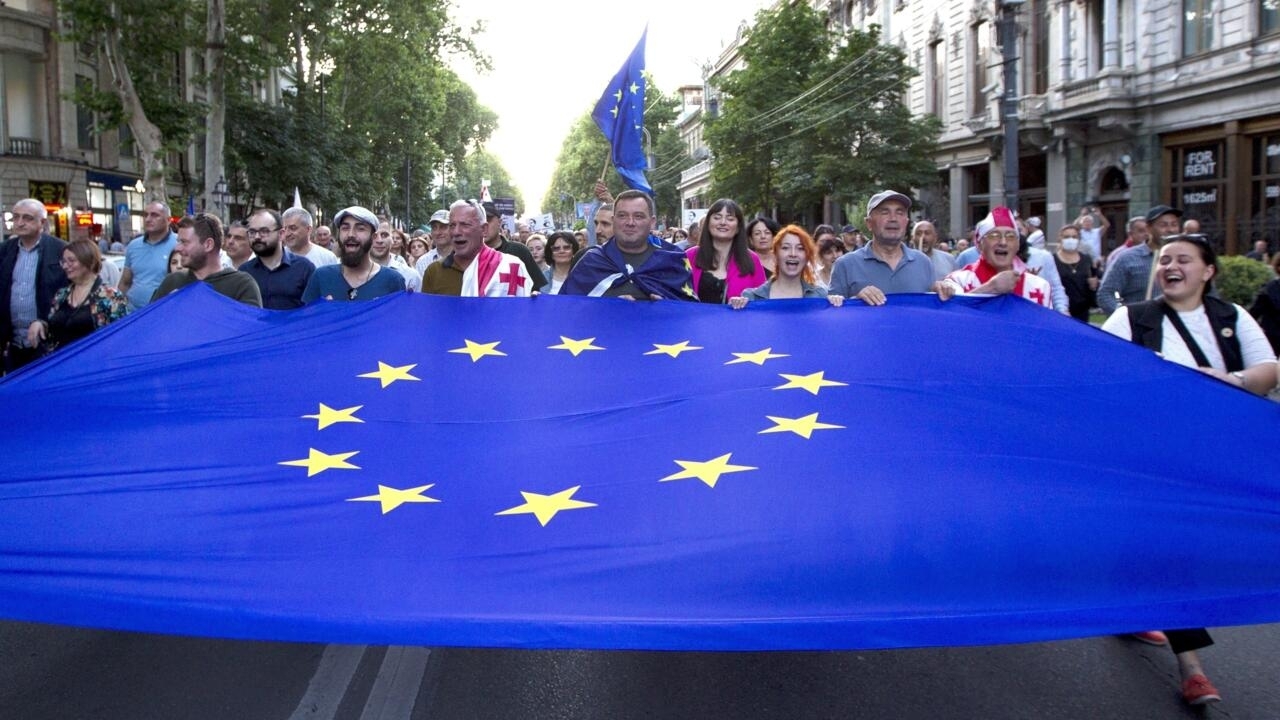 In Georgia, a third major pro-European Union demonstration was organized on Sunday July 3 in Tbilisi, bringing together more than 25,000 people to put pressure on the government to meet the conditions set by Brussels in exchange for candidate status. to the EU.

” party, created by the oligarch Bidzina Ivanishvili, and the European authorities.

With our correspondent in Tbilisi,

, Georgians gathered massively in front of the parliament in Tbilisi.

candidate for the European Union (EU)

At home, in Europe

” movement, the speakers demanded the resignation of Prime Minister Irakli Garibashvili, considered a mere executor of

of being in the pay of Russia

They also called for the formation of a government of national unity.

Unlike previous rallies, part of the crowd then went to the headquarters of the ruling party, then to that of the government, in order to organize a sit-in there until the morning.

This is perhaps a sign that the more pro-European fringes of Georgian society are forcing the government into a showdown.

Nothing is certain however, even if three quarters of the 3.7 million Georgians say they are in favor of joining the EU.