Foot: PSG bets on Galtier to complete its reshuffle

Claiming a less “bling-bling” approach, Paris SG on Monday entrusted Christophe Galtier with its luxury workforce and the sacred mission of finally winning the Champions League, after an interminable… 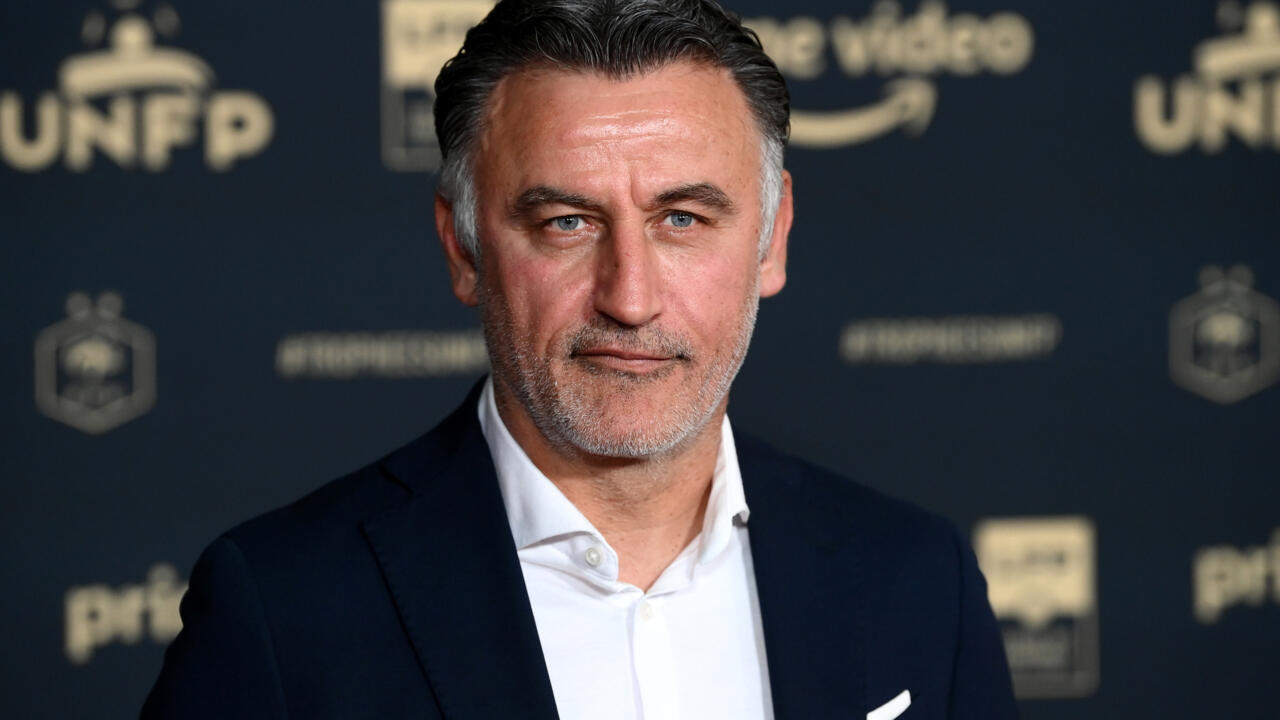 The 55-year-old Frenchman, who is to be inducted on Tuesday at a press conference at 2 p.m. at the Parc des Princes, has signed up for two seasons, we learned on Monday from a source familiar with the matter.

The coach's file is finally settled for PSG, almost a month and a half after the resounding announcement of superstar Kylian Mbappé's extension, the starting point for an almost complete overhaul of the club's organization chart. .

Asked by AFP, the French champion club has not confirmed the signing of its new technician, nor the departure of its Argentine predecessor after only a year and a half at the helm.

Christophe Galtier during a press conference on the eve of the Coupe de France on May 6, 2022 in Paris FRANCK FIFE AFP / Archives

But on Monday night he didn't hide either, displaying Galtier in front of the cameras of fans and the media, alongside new sporting adviser Luis Campos in the courtyard of the "Factory", the club's administrative headquarters in Boulogne. -Billancourt, southwest of Paris.

The Campos-Galtier duo knows each other well for having worked in Lille, laying the groundwork for Losc's surprise title in Ligue 1 in 2021. It must symbolize the "end of glitter" and the return to "reality" promised by the Parisian president. Nasser Al-Khelaïfi in an interview with Le Parisien.

The Qatari leader has chosen to hire one of the most regular technicians of the last decade in France, but probably also the least experienced coach on the European scene of the QSI era.

"Galette" was snatched from Ineos' Nice project, after a single correct, but not extraordinary, season.

The technician took his team to the final of the Coupe de France, lost against Nantes (1-0), and to 5th place in L1, synonymous with the Europa League Conference.

The negotiations were tough: it was first necessary to find a financial agreement with the Nice club, reluctant to let go of its free coach, despite a mixed season.

Then negotiate the departure of Pochettino and his staff, who had one year of contract left: this part of the file prevented PSG from formalizing the arrival of Galtier earlier, even though Nice had announced his departure since 27 June.

3rd French of the QSI era

At the same time, the tenacious rumor of the arrival of Zinedine Zidane was difficult to extinguish.

President Al-Khelaïfi tried to do so in an interview with the daily Le Parisien, assuring that he had "never" explored this track, preferring a coach "who will be the best for what we want to put in place" .

Galtier becomes the 3rd Frenchman of the Qatari era after Antoine Koumbouaré, quickly landed in 2011, and Laurent Blanc (2014-16).

Reputed to be a good leader of men, even if he has never had so many stars under his command, this native of Marseilles has a lot to prove: he suffers from limited European experience, with no victory in six League matches champions, the obsession of Qatari owners.

Known for relying on solid defenses and very fast counterattacks, Galtier will have a few days ahead of him before coming across the group's offensive armada.

Mbappé, Neymar and Lionel Messi, who played in the selection in June, benefited from an additional week of vacation.

For the others, like Marco Verratti, Georginio Wilnaldum or new recruit Vitinha, the time for recovery has come, with a succession of medical and physical tests on the program between Monday and Tuesday.

The first official meeting is scheduled in Tel Aviv for the Champions Trophy, July 31 against Nantes.