The UAE government held a media briefing to introduce the latest developments and cases related to the emerging corona virus in the country (Covid-19), during which it announced the controls and requirements for the blessed Eid al-Adha prayer in mosques and chapels of the state, and the precautionary and preventive measures for slaughtering sacrifices, in addition to 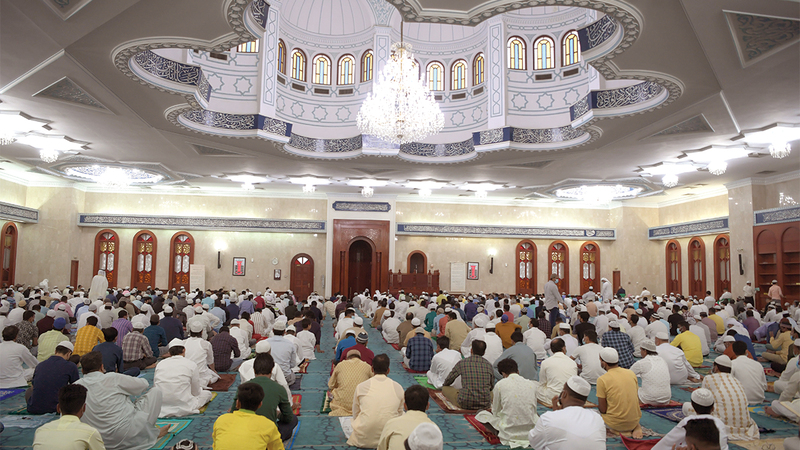 The UAE government held a media briefing to introduce the latest developments and cases related to the emerging coronavirus in the country (Covid-19), during which it announced the controls and requirements for the blessed Eid al-Adha prayer in the mosques and chapels of the state, and the precautionary and preventive measures for slaughtering sacrificial animals, in addition to the precautionary measures adopted after returning from performing a religious duty. Pilgrimage.

She also warned against the negligence of some in adhering to precautionary measures in public places.

In detail, the official spokesman for the authority, Dr. Taher Al-Buraik Al-Amiri, affirmed the UAE's continuation of its proactive approach in dealing with the "Covid-19" pandemic and its potential repercussions, through an integrated national work system, stressing the readiness of the health sector to deal with the rise in injuries by providing capabilities. And all resources to ensure the health and safety of the community.

He said, "We are proud that the UAE ranked second globally in the Bloomberg Index, among the countries with the best flexibility in dealing with the (Covid-19) pandemic, which indicates the country's effective and flexible handling of the pandemic that enabled it to be among the leading countries in the global index."

Al-Amiri announced the controls and requirements for the blessed Eid al-Adha prayer in the mosques and chapels of the state, and the preventive measures followed, noting that “the duration of prayer and sermons is only 20 minutes, with an emphasis on the obligation of worshipers to wear masks all the time, the application of physical distance between worshipers for a distance of one meter, and the mandatory use of the carpet.” personal, or single-use.

He said: "The doors of chapels and mosques will open for Eid prayer after the dawn prayer on the day of Eid, and the entry and exit will be supervised by police patrols, volunteers and imams, to prevent crowding and organize prayer, and external amplifiers will be opened to broadcast the Eid takbeers half an hour before the Eid prayer."

He stressed the importance of activating the green traffic in the application of the fort, preventing handshakes in all its forms, and only greeting and congratulating from a distance, while using electronic alternatives to distribute Eid, limiting celebration and peace to members of the same family, and adhering to physical distancing, especially when sitting with the elderly and those with chronic diseases. It is recommended to conduct a PCR test no later than 72 hours before Eid.

He advised to pay the price of sacrifice by authorizing official charities in the country to slaughter and distribute, or through smart applications concerned with sacrifice.

He stressed the prohibition of dealing with itinerant workers with the aim of slaughtering sacrifices, and violating all those who deal with them.

He called on the local authorities to evaluate the procedures of slaughterhouses and livestock markets, inspect them during the day of Eid, and organize the movement to ensure that there is no crowding and the smooth provision of service.

Al-Amiri also announced the precautionary measures adopted after returning from performing the Hajj, as the laboratory examination (PCR) at the country's airports upon arrival will be optional, emphasizing that it will be mandatory for suspected cases.

It will also be mandatory for everyone on the fourth day or when symptoms appear, and the change of green color in the application of Al-Hosn will be linked to a negative result of the PCR examination.

He said: “We call upon those returning from the Hajj obligation to adhere to the preventive measures, wearing a mask, reducing contact, and not leaving the house in the first seven days.

We also recommend that you visit health centers directly in the event of symptoms of influenza, and in the event of infection, we emphasize the application of home quarantine.”

He added: "Local authorities should adopt any additional precautionary measures, as they deem appropriate, and we would like to point out the necessity of implementing the green traffic system in applying the fortress before leaving the country, according to the protocol adopted during travel."

Al-Amiri warned that it was noticed in the past period that some were negligent in implementing the precautionary and preventive measures related to the “Covid-19” pandemic in public places, noting that the concerned authorities will tighten oversight and monitoring, to ensure that the announced protocols are not exceeded in all regions of the country, in the interest of health and safety. Everyone, and violations will be announced in the coming period.

■ Commitment of worshipers to wear masks all the time.

■ Apply a physical distance of one meter between worshipers.

■ Mandatory use of personal or single-use carpets.

The authority called for contentment with remote congratulation... and the use of electronic alternatives to distribute the Eid.

The authority warned against complacency in adhering to precautionary measures in public places.