Typhoon No. 4 was said to be heading toward Japan, but Typhoon No. 3 landed in southern China. When the ship sank in a strong wind, 27 people went missing, and a tornado occurred one after another. 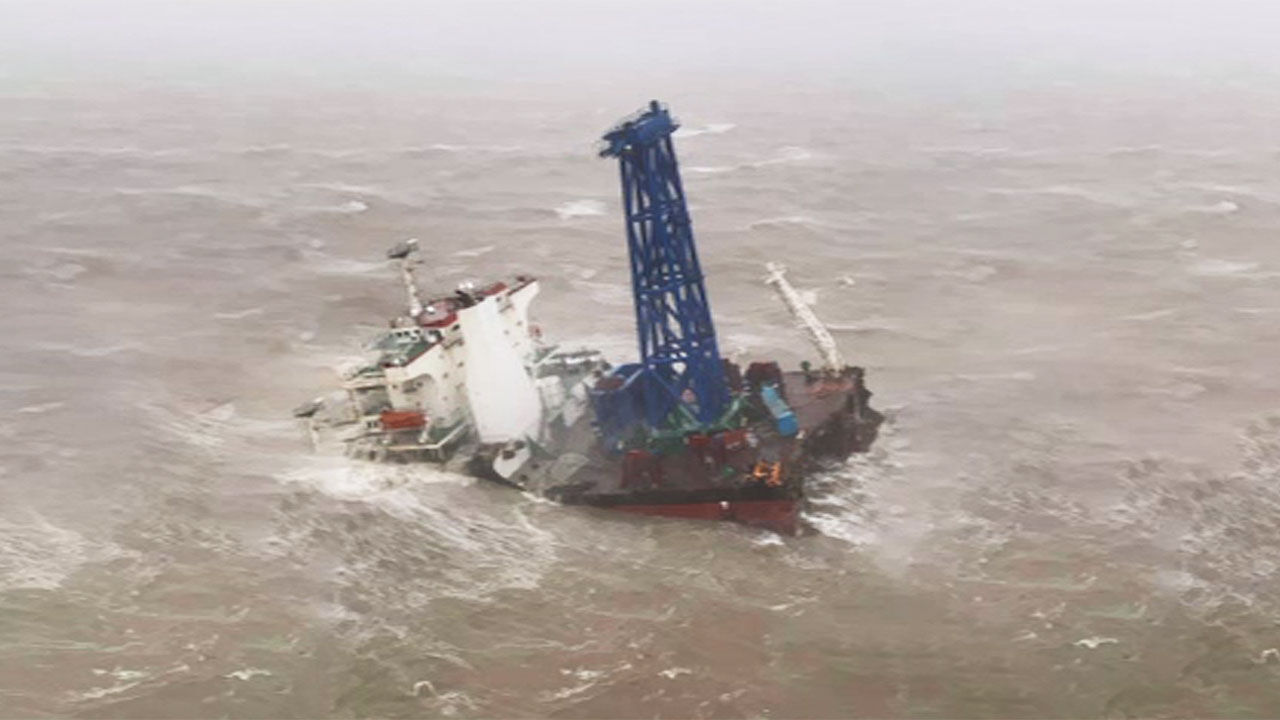 Typhoon No. 4 was said to be heading toward Japan, but Typhoon No. 3 landed in southern China.

When the ship sank in a strong wind, 27 people went missing, and a tornado occurred one after another.

This is Correspondent Songwook in Beijing.

A ship is split in two in the middle of the sea with rough waves.

A rescue helicopter pulls the crew up with a rope.

Yesterday (2nd), while constructing an offshore wind power generator in the waters of Yangjiang City, Guangdong Province, China, the Fujing Lake was not able to withstand the storm caused by Typhoon Chaba the 3rd and sank.

At the time of the accident, there was a strong wind of 144 km/h in the sea area, and the height of the wave was 10 m.

Three of the 30 crew members were rescued, but 27 people were missing, and the search operation is ongoing.

A reporter covering the scene stumbled in the strong wind of 35 m/s, and a passerby with an umbrella fell.

The heavy rain accompanied by the typhoon turned the whole place into a sea of ​​water.

In Sanya, Hainan Province, more than 400 millimeters of rain fell in one day, recording the highest amount of precipitation on record in July.

Under the influence of the typhoon, three tornadoes occurred one after another in Guangdong Province.

The tornado that hit the city of Chaozhou blew the iron roof of the factory into the sky with strong winds of up to 11 m/s.

Typhoon Chaba, which is moving north from inland, is weakening, but it is raining heavily.

Areas along the path of the typhoon have issued warnings and suspended trains and other services.

Chaba is expected to disappear tomorrow, but a lot of water vapor left by the typhoon will affect our country's rainy season front. was predicted to be.