At least six people have died in the Italian Alps after a glacier collapsed. Eight people were also injured and a dozen missing. This accident occurs in… 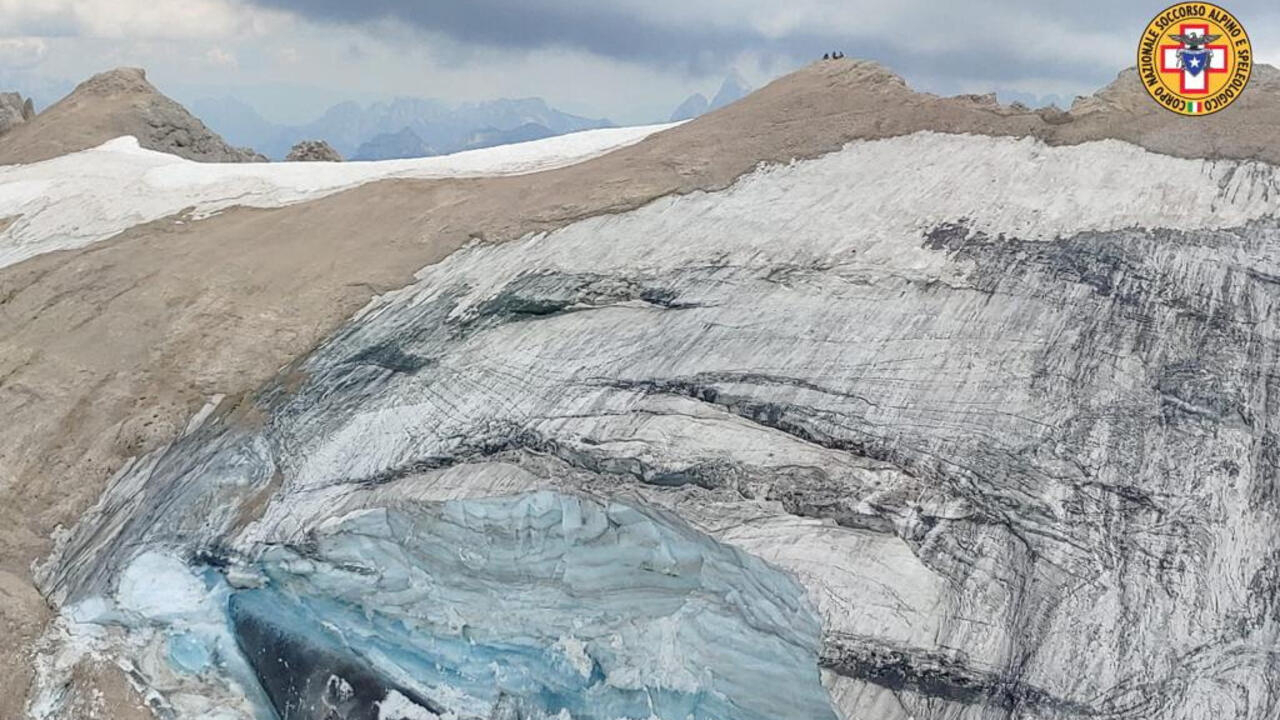 A huge block broke off on Sunday July 3 from the Marmolada glacier, the largest in the Italian Alps, causing an avalanche which left at least five dead and eight injured.

Two injured were taken to hospital in Belluno, a more serious one in Treviso, and five in Trento, she said, without giving details of the nationality of the victims.

Several helicopters were deployed on the spot to take part in the rescue operations and monitor the evolution of the situation.

"An avalanche of snow, ice and rock which in its path hit the access road when there were several roped parties, some of which were swept away," she explained.

"The definitive number of mountaineers involved is not yet known".

According to the civil protection department of the nearby Veneto region, "all the alpine rescue teams in the area have been mobilized", including dog units.

Temperature record at the top of the glacier

Other images taken by tourists on their cellphones show from afar the greyish language of the avalanche carrying everything in its path.

According to experts quoted by the daily Il Corriere della Sera, new ice collapses are to be feared.

The Marmolada glacier is the largest glacier in the Dolomites, a mountain range in northern Italy that is part of the Alps.

Located in the Autonomous Province of Trento, it gives birth to the Avisio River and overlooks Lake Fedaia.

According to the IPCC report published on March 1, the melting of ice and snow is one of the ten major threats caused by global warming, disrupting ecosystems and threatening certain infrastructures.

According to the IPCC, glaciers in Scandinavia, central Europe and the Caucasus could lose 60 to 80% of their mass by the end of the century.

The traditional life of peoples like the Sami in Lapland, who practice reindeer herding, is already disrupted.

In Canada and Russia, thawing permafrost is hampering economic activities.