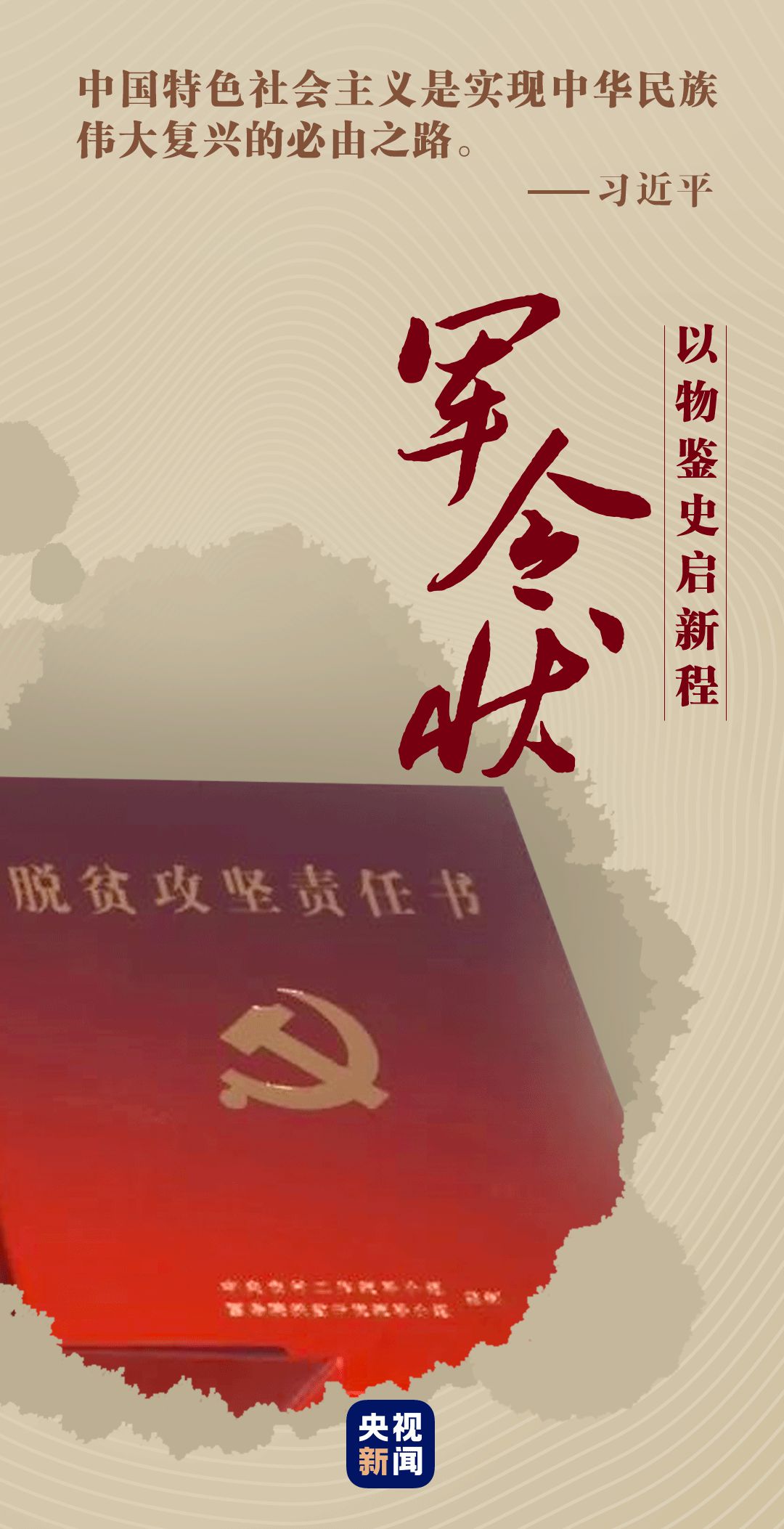 Beijing, the National Museum, has a collection of 22 books of responsibility for poverty alleviation.

The military order for poverty alleviation is like a mountain.

Poverty alleviation is the only work since the 18th National Congress of the Communist Party of China in which the top leaders of the party and government have issued a "military order" to the central government.

Based on national conditions and grasping the laws of poverty reduction, my country has introduced a series of unconventional policies and measures, built a set of effective policy systems, work systems, and institutional systems, blazed a path of poverty reduction with Chinese characteristics, and historically solved absolute poverty. The problem has created a miracle on earth that shines in the annals of history.

"As long as we adhere to the party's leadership and firmly follow the path of socialism with Chinese characteristics, we will be able to accomplish more major and difficult tasks such as poverty alleviation, and continue to move from victory to new victory!" General Secretary Xi Jinping's words were sonorous.

In each historical period of revolution, construction and reform, our party insisted on combining the basic principles of Marxism with the concrete reality of China, insisted that everything proceeded from reality, answered the questions of the times and the people in a timely manner, and led the people to complete the search and development time after time. A daunting task impossible for various other political forces to accomplish.

Socialism has always been advancing in development.

Upholding and developing socialism with Chinese characteristics is a big article, and the task of the Chinese Communists in the new era is to continue to write this big article.

General Secretary Xi Jinping pointed out that in the new journey of building a modern socialist country in an all-round way, we must put the promotion of the common prosperity of all the people in a more important position, be down-to-earth, work for a long time, and work more actively and effectively towards this goal.

my country's total economic output and per capita GDP exceeded 110 trillion yuan and 10,000 US dollars respectively; the middle-income group exceeded 400 million people, and the historic leap from a low-income country to an upper-middle-income country was achieved... Promoting common prosperity has created favorable conditions.

In 2021, the "Opinions of the Central Committee of the Communist Party of China and the State Council on Supporting Zhejiang's High-quality Development and Construction of Demonstration Zones for Common Prosperity" will be released.

In the next five years, the construction of the basic unit of modernization for promoting common prosperity in the whole province will be in full swing.

"The Communist Party of China is in power to push forward the cause of socialism with Chinese characteristics step by step, to do everything well for the people, so that the people can live a better life." On June 8, in Sichuan During the inspection, General Secretary Xi Jinping said kindly to the villagers.

As long as you walk the right way, you are not afraid of the distance.

Adhering to and developing socialism with Chinese characteristics, the scenery here is unique.