Feijóo will sit for the first time in Congress in the Debate on the State of the Nation, although he will not be able to reply to Sánchez

The leader of the PP, Alberto Núñez Feijóo, will attend the Debate on the state of the Nation that starts on July 12 in the Plenary Session of Congress, although he will be the general secretary... 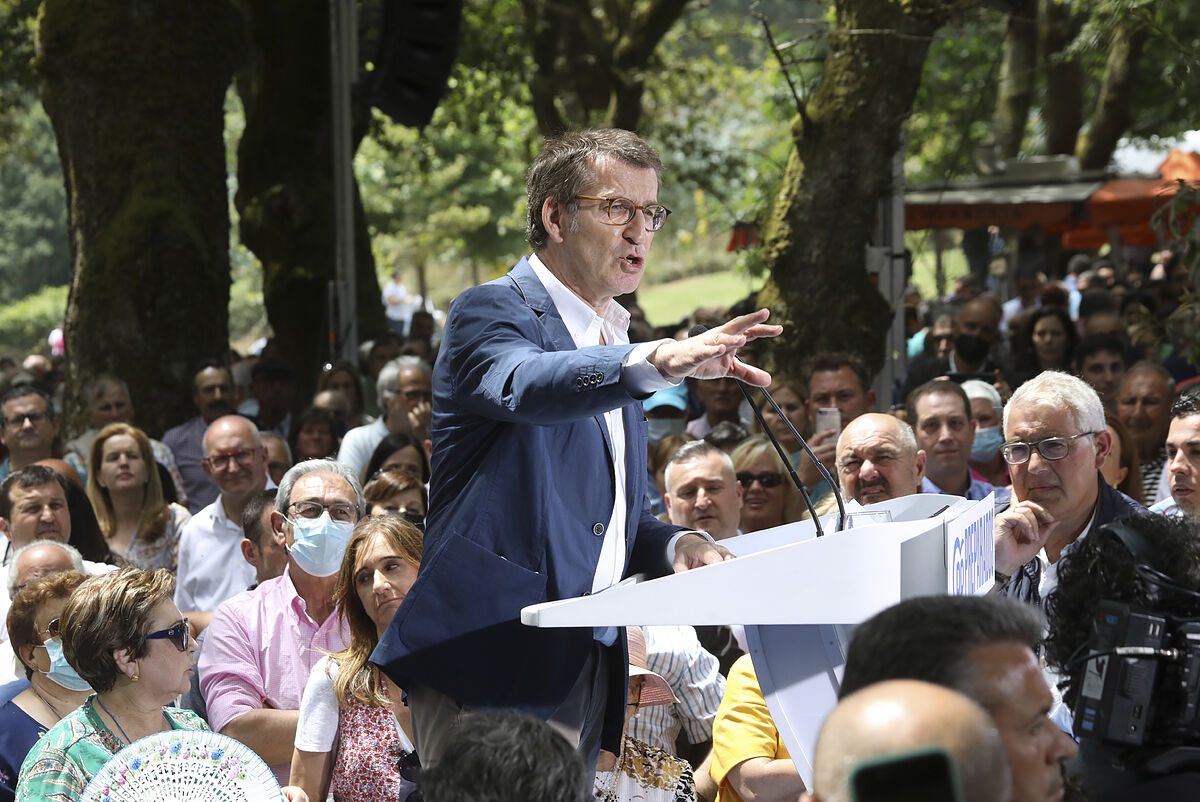 The leader of the PP, Alberto Núñez Feijóo, will attend the Debate on the state of the Nation that starts on July 12 in the Plenary Session of Congress, although it will be the general secretary of the party and spokesperson for

Cuca Gamarra, who will be in charge of giving the reply to the President of the Government, Pedro Sánchez, as reported to Europa Press by 'popular' sources.

, who has been a senator since May 25, could go up to the

speakers' rostrum for this general policy debate that has not been held since 2015 .

The legal services have confirmed that

will not be able to intervene in this debate and, therefore, it will be Cuca Gamarra who will establish the position of

Of course, it will be the first time that the leader of the opposition -- who was elected president of the party on April 2 in Seville -- sits in the Chamber of the Lower House.

Feijóo will work with Gamarra on the axes and priorities of the party's intervention in the Debate on the State of the Nation, both in "substance" and in "form", according to the sources consulted.

On the first day of the debate, the president of the PP will be sitting next to him on the bench of the Popular Group to prepare the subsequent reply.

Although he does not go up to the rostrum of Congress,

will have the opportunity to assess Sánchez's speech in the corridors of the Chamber or outside it at any time during the debate.

In previous editions, the parliamentary spokesmen have made brief assessments of the president's presentation in one of the instances located next to the hemicycle.

In 'Genoa' they criticize that the head of the Executive has chosen the month of July, when a good part of the country is on vacation, to celebrate this parliamentary appointment, something that, according to the party, shows how Pedro Sánchez understands the role of Parliament.

have already held a debate in the Cortes.

It was on June 7, in the Senate, when the leader of the PP held out his hand so that he could agree with his party and not with the minorities, and the Prime Minister replied that the only thing the main opposition party has done is "get in the way".

The answer bothered the 'popular'.

The Debate on the State of the Nation will start on Tuesday 12 with the intervention of the President of the Government, who will present his priorities and roadmap.

Later, it will be the turn of the parliamentary groups, started by the majority, which is the PP.

The debate will continue on Wednesday the 13th with the groups that did not have time to debate with Sánchez the day before and, already on Thursday the 14th, the resolutions of the parliamentary groups would be put to the vote, a hundred texts that serve to measure the strength or weakness of a government in Parliament.

Sources of the PP already anticipate Europa Press that they will capture many of the measures that they have been proposing these months in their resolution proposals, such as those included in their economic plan and among which the deflation of the personal income tax rate, the reduction of spending unnecessary bureaucracy or speeding up European funds so that they reach the real economy.