ECOWAS leaders on Sunday lifted the economic and financial sanctions imposed on Mali. She also reached an agreement with Burkina Faso for a 24-month calendar before a return... 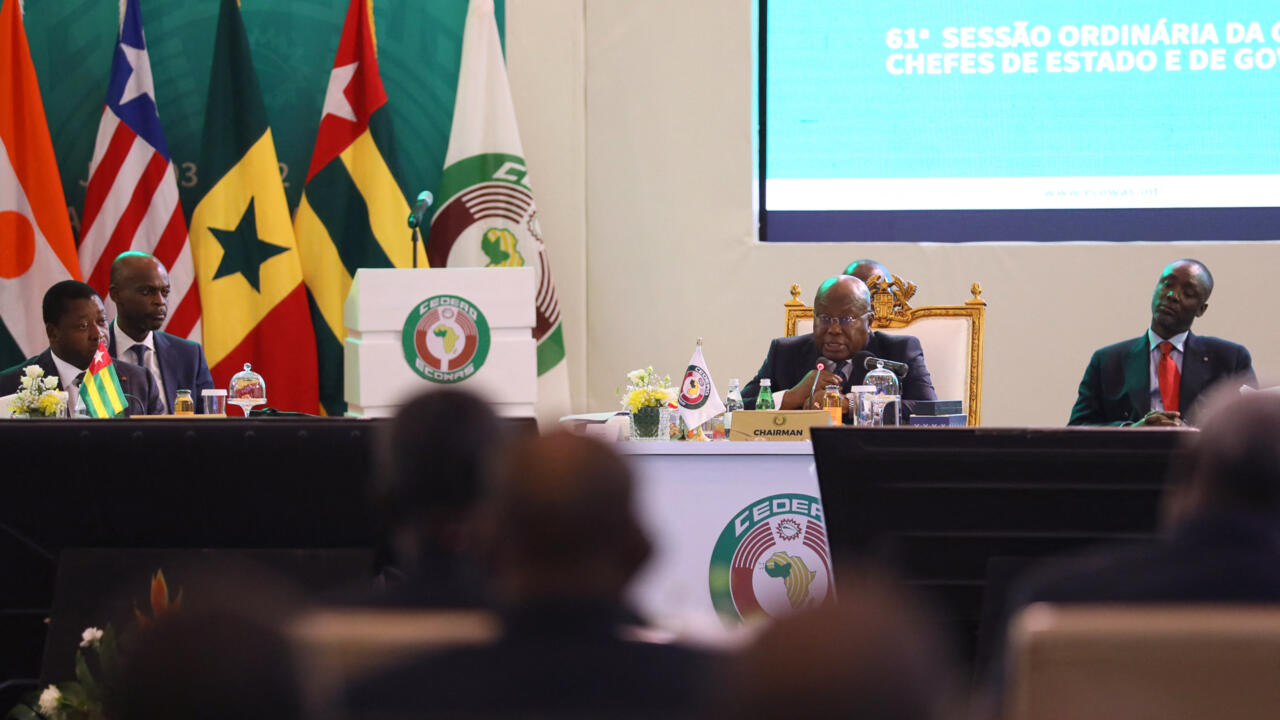 Mali will be able to breathe: West African leaders, meeting on the occasion of the summit of the Economic Community of West African States (ECOWAS), lifted on Sunday July 3, in Accra, trade sanctions and which have been suffocating this country since January, which has been plunged into a serious political and security crisis.

"The summit has decided to lift all economic and financial sanctions from this day" but maintains the individual sanctions and the suspension of Mali from the organs of ECOWAS until the return to constitutional order, declared during a meeting. press conference Jean-Claude Kassi Brou, outgoing president of the ECOWAS Commission.

Mali, a landlocked country in the heart of the Sahel, was the scene of two military coups in August 2020 and May 2021. The political crisis goes hand in hand with a serious ongoing security crisis since 2012 and the outbreak of insurgencies separatist and jihadist in the north.

"The heads of state have specified that in accordance with the charter, the soldiers of the junta cannot be candidates for the presidential election", added another official of ECOWAS on condition of anonymity.

The adoption of a new electoral law paving the way for the candidacy of a soldier in the presidential election remained a possible sticking point in the negotiations which have been going on for months.

The signals have been rather positive in recent days with the adoption by Mali of a number of essential prerequisites for the easing of sanctions.

The authorities thus announced on Wednesday an electoral calendar fixing the presidential election in February 2024, the constitutional referendum in March 2023, and the legislative elections between October and November 2023. This completes the adoption on June 17 of a new electoral law and the implementation establishment of a commission responsible for drafting the new Constitution.

Another strong measure taken during the ECOWAS summit: the agreement with Burkina Faso on a 24-month timetable before civilians return to power from July 1, 2022.

“On Burkina Faso, we asked the junta to review its copy. It asked for 36 months. Today everyone agrees that it is 24 months of transition from July 1, 2022”, also assured AFP a participant in the summit on condition of anonymity.

During his visit to Ouagadougou on Saturday, the ECOWAS mediator, the former Nigerien president Mahamadou Issoufou, therefore convinced the junta in power since the end of January to reduce the duration of the transition from 36 to 29 months.

In this Sahelian country also hit by jihadist attacks, Mahamadou Issoufou hailed the soldiers' "openness to dialogue" and said he had "discussed the transition timetable" presented to political leaders on Wednesday.

The Burkinabè authorities had until then planned the dates of December 24, 2024 for a constitutional referendum and February 25, 2025 for the holding of legislative and presidential elections.

The new schedule has not yet been announced.

On Friday, the parties of the former majority of overthrown President Roch Marc Christian Kaboré had denounced the agenda presented by the junta as a "solitary maneuver which contrasts with the imperatives of an inclusive and successful transition", regretting "the absence upstream consultations".

West Africa has seen a succession of coups by colonels and lieutenant-colonels in less than two years: putsch on August 18, 2020 in Bamako, new fait accompli completing the first on May 24, 2021, putsch on September 5 2021 in Conakry, putsch on January 24, 2022 in Ouagadougou.

On Sunday, West African leaders chose as the new current president of ECOWAS Umaro Sissoco Embalo, president of Guinea-Bissau and also the victim of an attempted coup in February.

Since 2020, ECOWAS, alarmed at the risk of contagion in a vulnerable region, has multiplied summits, mediations and pressure to accelerate the return of civilians to the leadership of these countries.

They appointed a new mediator, former Beninese President Thomas Boni Yayi, an essential prerequisite for many opposition parties in order to participate in the dialogue desired by the government.

Guinea had waged an intense diplomatic campaign this week to appease West African leaders and avoid new sanctions, after arousing the ire of its neighbors by announcing a transition period of 39 months, since reduced to 36 months.