An apiary truck carrying bees on a U.S. highway overturned, causing a swarm of 25 million angry bees to spill onto the road. According to the 2nd, on the 27th of last month, a beekeeping truck overturned while speeding on a curved section of Utah's Highway 80. 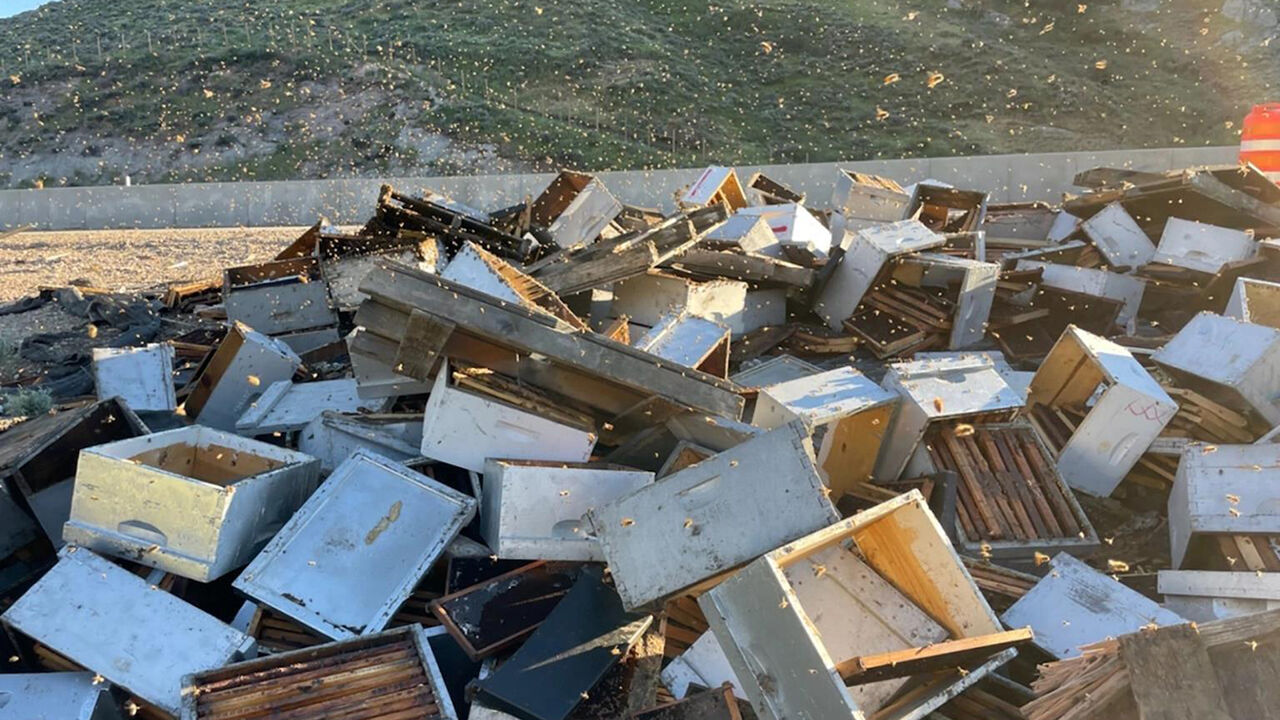 An apiary truck carrying bees on an American highway capsized and spilled over 25 million raging bees onto the road.

According to the Washington Post (WP) on the 2nd (local time), on the 27th of last month, a beekeeping truck overturned while speeding on a curved section of Utah's Highway 80.

The accident released 25 million bees from 416 beekeeping boxes onto the road.

Stimulated by an unexpected accident, the bee flew over the road, creating a 'swarm of bees' and attacking the truck driver and one of his colleagues who escaped from the overturned car.

The two were stung by numerous bee stings and were taken to hospital for treatment.

Highway patrols and firefighters dispatched to the scene closed the road for four hours after swarms of tens of millions of bees poured into the accident.

The patrol officers warned drivers entering the accident zone of a bee attack and instructed them to close the vehicle door.

Firefighters subdue the swarm by spraying fire-fighting foam with the permission of the beekeeper, the owner of the bee.

These bees were originally bred to help pollinate crops.

"Only 10% of the bees on the truck survived," said Julie Arthur, president of the Utah Regional Beekeeping Association.

President Arthur and volunteers collected 2.5 million surviving bees from the highway the day after the accident and decided to use them to educate beekeepers.