At least five people died and eight were injured on Sunday after part of a glacier calved in the Italian Alps, a spokeswoman for the services... 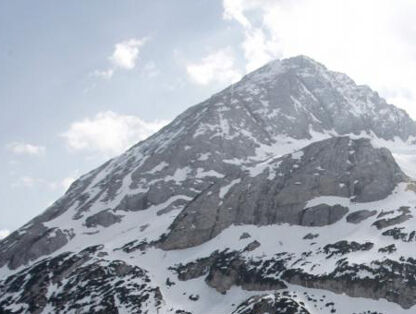 part of a glacier calved in the Italian Alps

, a spokeswoman for the emergency services said.

She also indicated that there were eight people injured, but that the balance "was still provisional."

The glacier is part of the

mountain and is situated in the Dolomites mountain range.

Two of the injured were transferred to the

Belluno hospital, another to Treviso and five to Trento

, the spokeswoman said, without offering further details on the nationality of the victims.

Several helicopters participate in the rescue and surveillance operations.

avalanche of snow, ice and rock

hit the access road at a time when several groups of climbers were there, some of whom were swept away," he explained.

"The number of climbers affected is still unknown," she added.

La Marmolada is the

largest glacier in the Dolomites

, located in the eastern Alps.