Wimbledon: Tsitsipas-Kyrgios, the Titan against Bunyip

One, Stefanos Tsitsipas, is looking for Nirvana while the other, Nick Kyrgios, is struggling in the throes of purgatory inhabited by the Bunyip, a creature from Aboriginal mythology, but both have a talent... 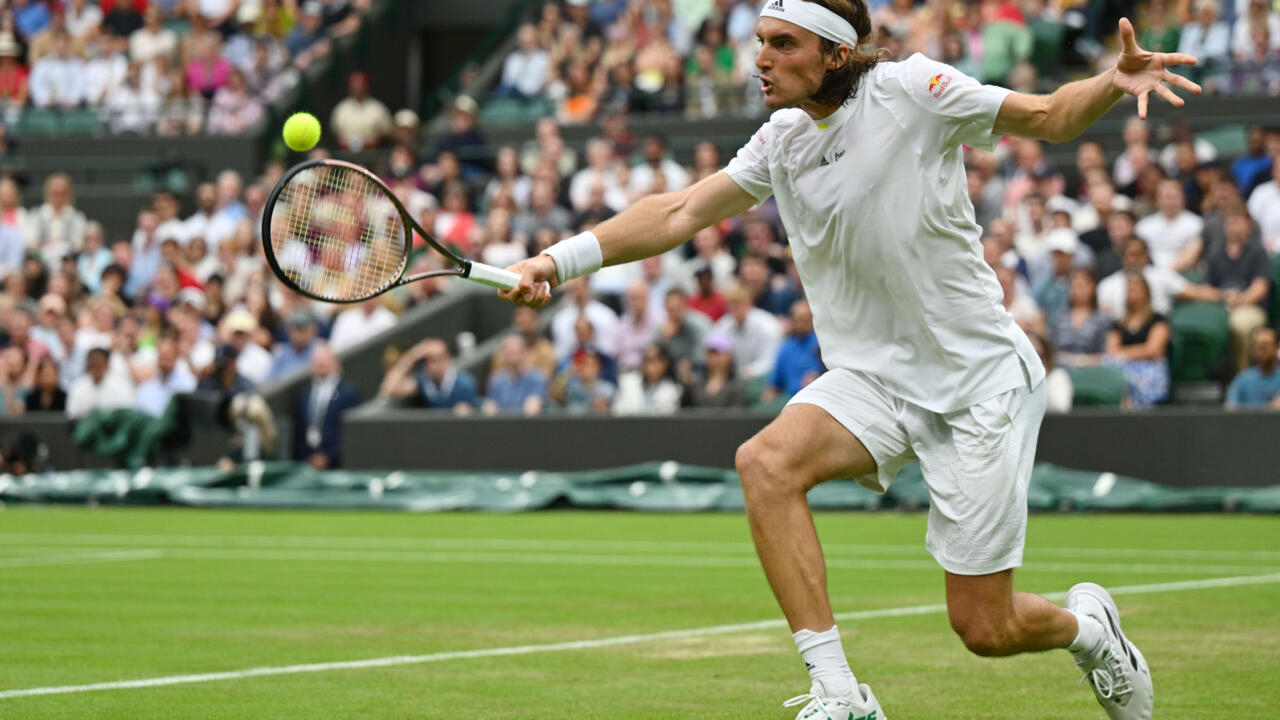 "I like discipline, I have a certain dexterity and I am mentally strong", states the Greek playboy, stoic champion, 5th in the world.

"I have a lot of self-confidence. With all the difficulties I have encountered in my life, I am proud to be up there and to do it my way", proclaims the bad boy Australian, boiling gifted , 40th in the world, who likes nothing so much as when the matches turn into street fights, with an arena atmosphere, spectacle and even borderline behavior.

"I respect him a lot on the court. Even if he had controversial attitudes, he plays well," admits Tsitsipas.

In the first round, in a very close match in five sets against the Briton Paul Jubb (219th and guest), Kyrgios had attacked an overly old linesman, therefore with insufficient visual faculties according to him, and spectators " disrespectful”, until spitting in the direction of one of them, a gesture which provoked the opening of an investigation.

Stefanos Tsitsipas against Jordan Thompson in the second round at Wimbledon, June 30, 2022 SEBASTIEN BOZON AFP/Archives

"I don't care at all about this investigation. I know what I bring to this sport. I am one of the main characters in this sport", asserts Kyrgios.

Nick Kyrgios in the previous round against Filip Krajinovic at Wimbledon, June 30, 2022 Glyn KIRK AFP/Archives

But in the second round, the tattooed Australian, notably his right arm almost entirely covered as if he had a long sleeve, mastered his instincts to deliver a serious game which allowed him to sweep away Filip Krajinovic (31st) 6-2, 6-3, 6-1.

"I wanted to prove to everyone that I was really good," he explained.

But maintaining this level of seriousness and concentration "is difficult", acknowledges Kyrgios.

"There is a balance to be found: I like when I play at this level, but sometimes it's difficult because I also want to put on a show", he notes.

The two players clashed recently, on the lawn of Halle where the Australian won in the second round before failing in the semis.

But the following week, he withdrew before his second round in Mallorca where the Greek won his first tournament on grass.

Double winner of the Monte-Carlo Masters 1000, finalist at Roland-Garros in 2021 and three times semi-finalist at the Australian Open, Tsitsipas has so far been unable to adapt his game, however complete, to the grass.

At Wimbledon, for example, he had only passed the first round once, in 2018 when he reached the round of 16.

Less academic and all in inspiration, capable of the most brilliant as well as the most eccentric shots thanks to an exceptional touch, Kyrgios has a much less flattering track record than Tsitsipas, in particular because the Australian does not like clay, and that he simply no longer plays - or almost no longer - tournaments on this surface.

He has not played at Roland-Garros since his failure in the second round in 2017.

And it was at Wimbledon that he went the furthest in Grand Slams, with a quarter-final in 2014.

As he looks motivated this year, Tsitsipas, who has lost three of their four encounters (his only victory came in the Laver Cup last year), is wary.

"Nick has played more matches than me on these courts (at the All England Lawn Tennis Club). He says he likes to play on grass and I think his game is suitable for grass," said the Greek while saying he was "delighted " of this next duel.

Same for Kyrgios: "we are two of the biggest stars in our sport. I hope we both play at our best and it should be an amazing game to watch".