United States: to protect the right to abortion, Joe Biden turns to the polls

Pressed to intervene after the cancellation of the constitutional right to voluntary termination of pregnancy, Joe Biden wants to protect access to abortion by a national law. Except that it does not currently have… 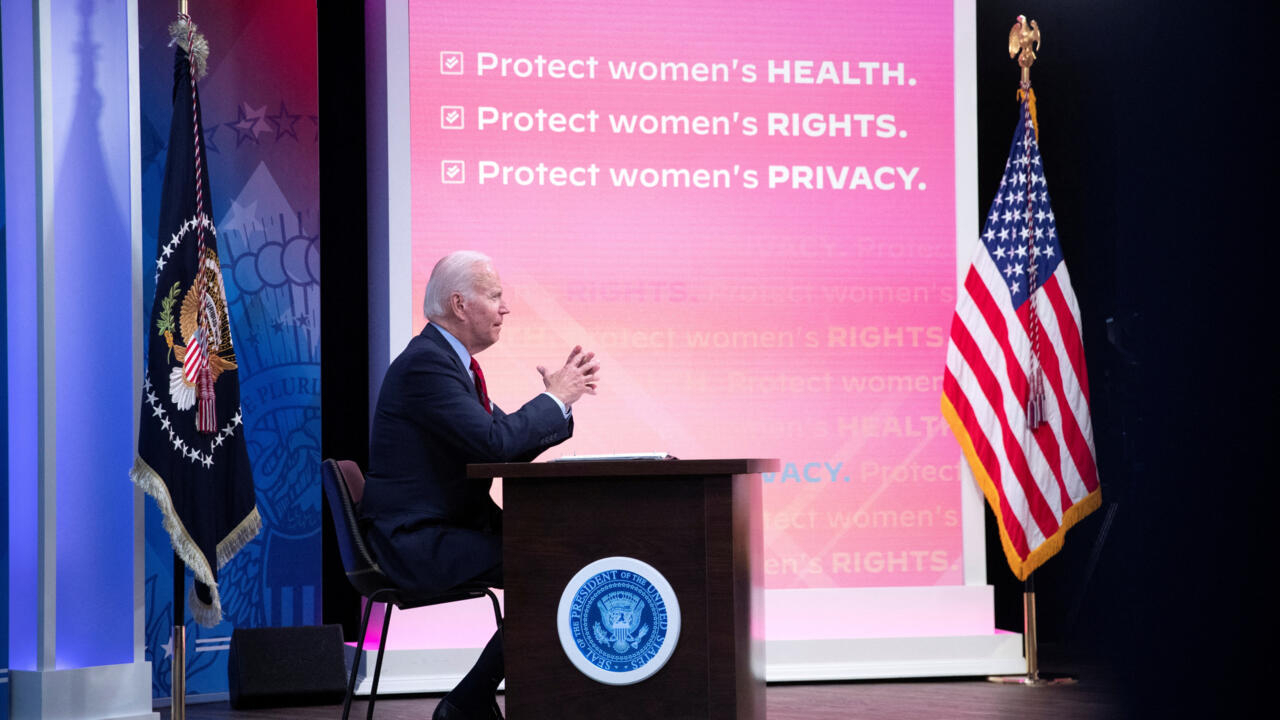 United States: to protect the right to abortion, Joe Biden turns to the polls

Pressed to intervene after the cancellation of the constitutional right to voluntary termination of pregnancy, Joe Biden wants to protect access to abortion by a national law.

Except that he does not currently have a sufficient majority to do so.

He therefore makes it a political issue in the mid-term elections.

” decision of the Supreme Court

The Democratic leader urged Americans to go to the polls in November 2022 to bolster his majority in the Senate, to try to pass a federal law protecting the right to abortion.

We need two more votes when we vote - probably after November - more senators and a majority of the House of Representatives for me to sign this law,

" said the US president.

So the choice is clear.

Either we elect senators and representatives who will protect abortion, or the Republicans win the House and the Senate and they will try to ban abortion nationwide, nationwide.

It will go one way or the other after November.

Let us remember that the reasoning behind this decision goes well beyond abortion.

Supreme Court Justice Clarence Thomas said it himself that following the reasoning of this decision, the court should review equal marriage and contraception.

This is a very important issue.

► To read and listen: Right to abortion revoked in the United States: "

This decision of the Supreme Court is the worst option

Since the Supreme Court's decision to revoke the right to abortion on Friday June 24, abortion has already been made "

" in a dozen American states.

Several major American progressive organizations also called on Friday to continue the battle for the right to abortion by mobilizing for the midterm elections.

Procedures to challenge the ban in at least eleven states

It is also on the ground of the law that the counter-offensive takes place, with complaints filed in the courts of the States.

We are not content to defend ourselves, we are going on the attack

,” assured the director of the powerful association for the defense of civil rights ACLU, Anthony Romero, reports Agence France-Presse.

Legal proceedings to challenge these bans and defend the right to abortion are underway in at least one US state, from Oklahoma to West Virginia, via Utah, Kentucky and Idaho.

Enough to delay the deadline but, according to the Guttmacher Institute, half of the States, especially in the south and the conservative and religious center, should in the more or less long term ban abortions on their soil.