Two years after the fire in Nantes Cathedral, decontamination is progressing

Two years after the fire that partially destroyed Nantes Cathedral, every square centimeter of the building is covered with lead. The construction site at more than two and a half million euros is titanic,… 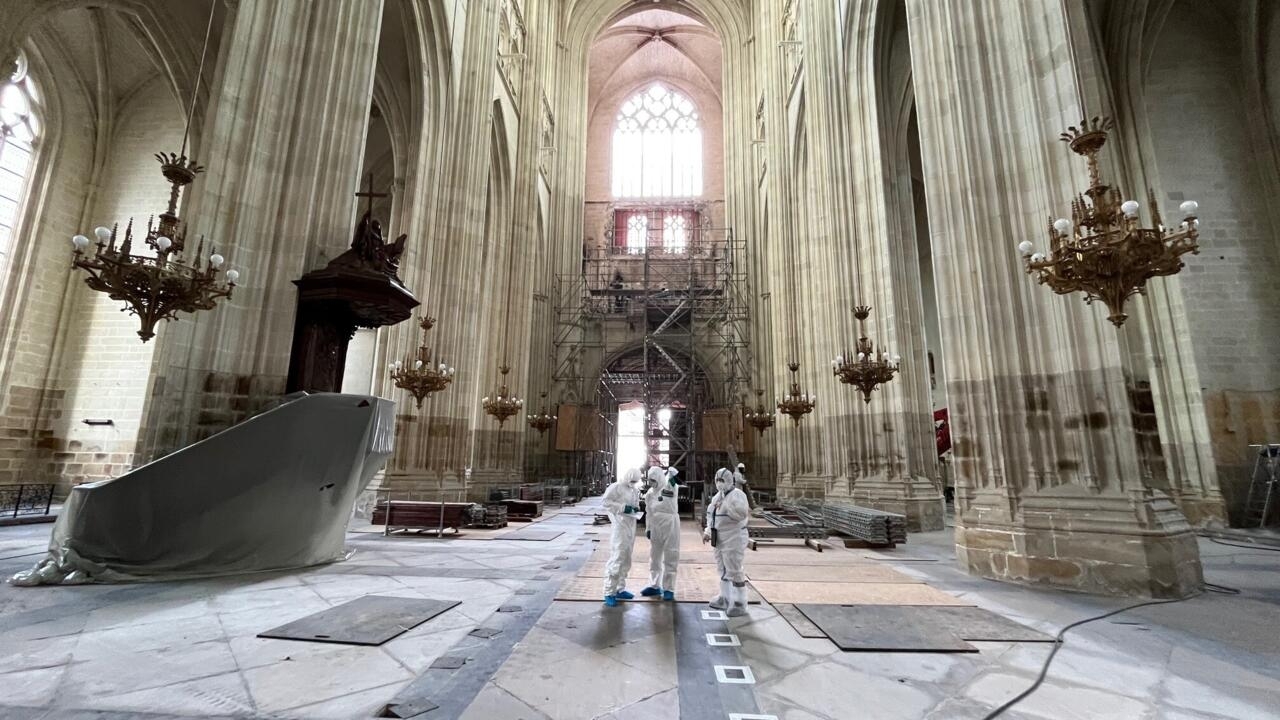 Two years after the fire in Nantes Cathedral, decontamination is progressing

Since January, about twenty workers have been working in Nantes Cathedral for lead pollution control.

Two years after the fire that partially destroyed Nantes Cathedral, every square centimeter of the building is covered with lead.

The project costing more than two and a half million euros is titanic, but also meticulous in removing all the residues of this dangerous substance.

With our correspondent in Nantes

You have to put on two suits, a special mask, gloves, then go through five decontamination airlocks before you can enter the nave of the Saint-Pierre-Saint-Paul cathedral in Nantes,

affected by a fire

People who come to work can only intervene on a shift basis.

They work for two and a half hours, they have to come out of the cathedral for half an hour because it would be too dangerous for the employees

: Fire in the cathedral of Nantes: the confessions of a Rwandan volunteer

The 20 workers are wearing assisted breathing masks and coveralls.

They clean every square inch with special big vacuum cleaners.

We have already brought down a lot, but we will have to bring down more

What was the hardest thing for us to achieve is that it's very big.

The vaults are 37 meters.

Hidden under protective tarpaulins to prevent lead dust from being redeposited on them, around twenty damaged paintings were treated on site.

The best for the works is to leave them in the space in which they usually are.

We mobilize certain chapels as reserves

The cleanup will be completed in September.

It will then be necessary to restore the building.

Objective: a partial reopening of the cathedral in 2025.

The workers are equipped with assisted breathing masks.

With the lead pollution, they work 2h30, then they have to go out for half an hour before they can do a second shift @RFI pic.twitter.com/3p6F5gh3rE