This is how US abortion laws can affect other countries

After the right to abortion was torn up in the United States, the issue is being discussed worldwide. In Sweden, constitutional protection is proposed at the same time as women's rights organizations warn of an increased threat to the right to abortion internationally. - I absolutely believe that it will be a tough battle going forward in all countries, says Petra Tötterman Andorff, Secretary General of the organization Woman to Woman. 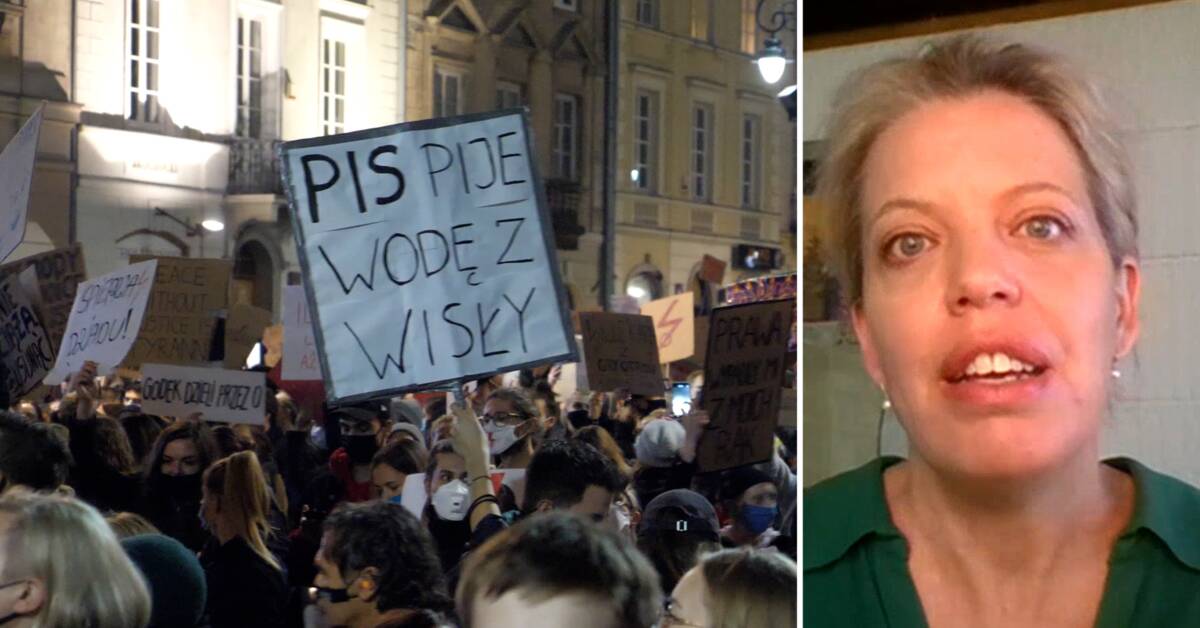 Especially in countries with strict abortion laws, such as Poland and Malta.

- The United States' free abortion has been a role model for the rest of the world and now we know that abortion opponents in all countries will get wind in their sails, she says.

According to her, countries such as Hungary, Russia and China, where abortion legislation is being discussed, may also receive an additional push in the abortion-critical direction.

- What we do know is that these traditional values ​​and the actors who stand for it are often inspired by each other, she says.

Can strike in both directions - for and against

Another possible consequence, according to Tötterman Andorff, is that countries that have recently changed their legislation withdraw it.

There are still forces that want to limit women's rights.

They could consider taking up the fight to limit abortion rights again.

SVT's Latin America correspondent Tigran Feiler, on the other hand, believes that the wave of legalization of abortion in Latin America may continue despite the US announcement.

- There has been a shift, that this view has been had previously that the United States was further ahead.

That is no longer true, he says in SVT Morgonstudion on 1 July.

Several women from US states are applying to Mexico for abortions, according to Latin American correspondent Tigran Feiler.

"We see an incredibly strong movement"

Kristina Castell, a midwife and sexual policy expert at RFSU, believes that commitment to the right to abortion can increase as a counter-reaction to the US law change.

- In recent decades, there are actually more countries that have legalized abortion than the other way around.

We see an incredibly strong movement for reproductive rights and to decide over their body, she says.

Even among politicians, she believes that more people can propose liberal abortion laws.

- We see a strong commitment also among decision-makers and there are so many who have reacted to what is happening right now.

Shortly after the US announcement, parties in both Sweden and France spoke out in favor of constitutionally protecting abortion rights.

Footnote: In countries where abortion is permitted for socio-economic reasons, it is also permitted if the woman's life or health is endangered, as well as in cases of rape / incest and in the event of serious birth defects.

In the United States, abortion bans and restrictions exist in some states, but are expected to increase in the near future.